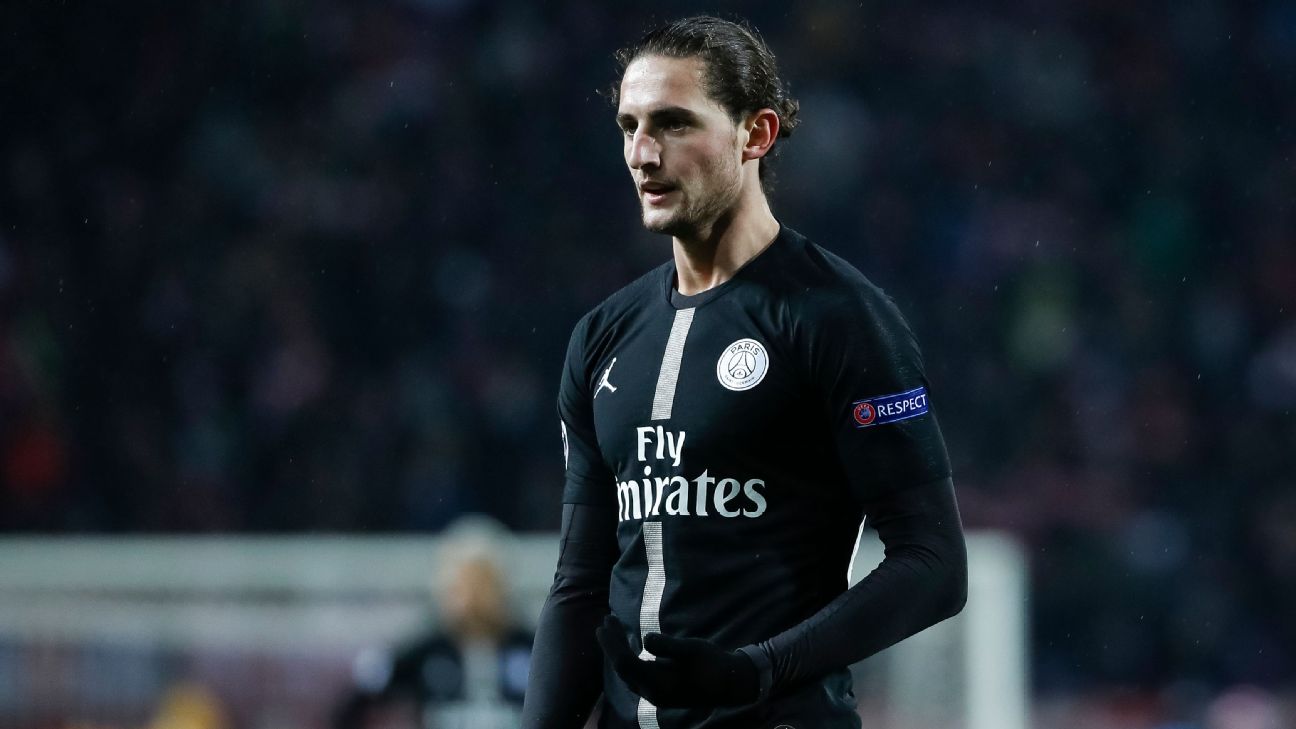 Adrien Rabiot could complete an improbable turnaround and stay with Paris Saint-Germain this summer despite being frozen out for the second half of the 2018-19 season, sources have told ESPN FC.

The France international had looked set to leave the Ligue 1 champions on a free transfer at the end of this month but the Portuguese’s exit and the imminent return of Leonardo has opened the door to Rabiot finally signing a contract extension at Parc des Princes.

As first reported by Record in Portugal and since confirmed by ESPN FC sources, sporting director Antonio Henrique has been locked in talks with PSG’s leaders over a mutual separation, which could also see many of his appointed staff members leave with him.

Those discussions have produced a positive conclusion and the former Porto man’s departure could be made official before the end of the week, completing something that has been in the works for months.

Henrique has been largely unpopular during his time with the French giants despite his ability to sell players well during multiple transfer windows and it is no secret that the 51-year-old and coach Thomas Tuchel rarely saw eye-to-eye — particularly over signings.

However, a major source of PSG tension over the second half of the last campaign was Henrique’s heavy-handed approach to contract extension talks with Rabiot and his agent mother, which resulted in the capricious 24-year-old being frozen out of involvement with Tuchel’s squad.

With Leonardo, who maintains a good relationship with the Rabiot pair, returning for the capital club and the youth academy graduate still being rated by Tuchel, as well as chairman and CEO Nasser Al-Khelaifi, the player’s future could still be with PSG.

According to ESPN FC sources, with just a few weeks left on his current deal, Rabiot and his mother have indicated to PSG that talks could restart with Henrique gone and Leonardo back in the fold.

– Who qualifies for Europe from the Premier League?
– When does the transfer window close?

Any potential breakthrough between the two parties remains some way off, but a previously unthinkable reversal of the situation now cannot be ruled out once the Brazilian transfer guru is confirmed in his new role.

Meanwhile, in a surprise move to remain compliant with UEFA’s financial fair play, PSG have moved to bring in some necessary funds by agreeing to sell Moussa Diaby to Bayer Leverkusen for around €15 million.

As reported first by RMC Sport and since verified by ESPN FC sources, the 19-year-old will move to the Bundesliga outfit on a five-year contract this week with the French champions holding a right to 20 percent of any potential sale of the France Under-20 international by the Germans.

Youth academy graduate Diaby developed impressively under Tuchel in 2018-19 and managed two goals and six assists from 25 Ligue 1 appearances, of which just 10 were starts, but he was about to enter the final year of his contract so PSG are cashing in.