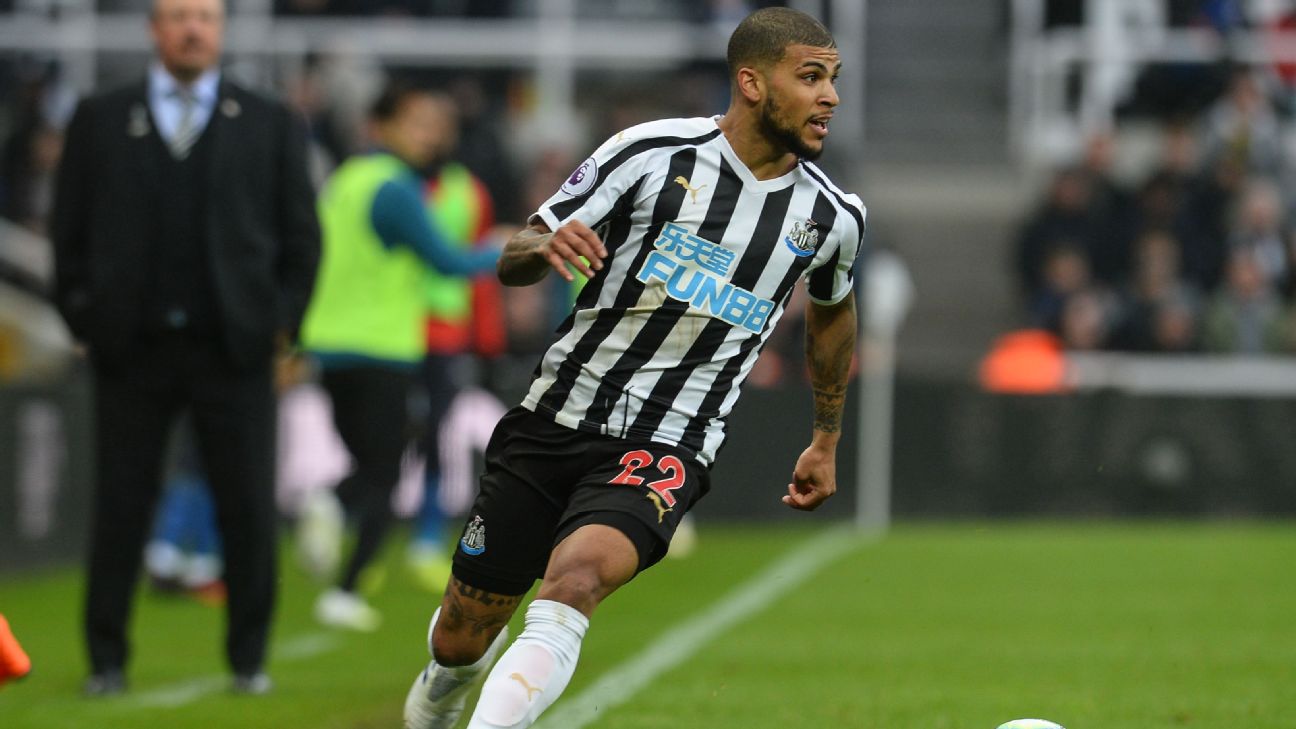 FIFA’s Dispute Resolution Chamber (DRC) has released a document detailing the reasons why it rejected a U.S. youth club’s claim for solidarity payments as it related to the 2014 transfer of DeAndre Yedlin from the Seattle Sounders FC to Premier League side Tottenham Hotspur.

In its ruling, a copy of which was obtained by ESPN FC, the DRC stated that Redmond, Washington-based Crossfire Premier was actually entitled to receive solidarity payments from the transfer. This by itself could have far-reaching implications in terms of similar claims by U.S. youth clubs. Crossfire had been seeking around $100,000 for its share of the fee based on the Yedlin’s time with the youth club from 2006-10. The DRC also denied contentions from Tottenham that Yedlin’s player passport — which proved that the player had played for Crossfire — was incomplete, or that Crossfire’s business model prevented it from receiving solidarity payments.

But the DRC ultimately rejected Crossfire’s claim against Tottenham on the grounds that Spurs had already paid the full amount of the transfer fee — reported to be $4 million — to MLS. The DRC added that guidance from the U.S. Soccer Federation and MLS indicated to Spurs that they didn’t need to set aside part of the fee as a solidarity payment. The DRC ultimately decided that since Tottenham acted in good faith, it wouldn’t be required to pay the solidarity fee to Crossfire on top of what it had already paid to MLS.

The DRC noted in its ruling: “During February and March of 2015, the Respondent [Tottenham] was informed by the MLS that it should pay the entire transfer fee to the latter who apparently assured, ‘the appropriate treatment of any and all onward payments.’ In this regard, the Respondent was made aware of an apparent internal policy of the USSF whereby the said association, ‘cannot impose, implement or enforce, in any way, those rules, statues or regulations adopted by FIFA for the payment of training and development fees.”

The DRC added: “It transpires that only information provided by member associations can be taken into account in order to determine which of their affiliated clubs are entitled to receive solidarity payments.”

That left the DRC to conclude that: “… any potential solidarity contribution which the Claimant [Crossfire] could be entitled to receive has already been included in the payment of the full transfer fee by the Respondent to the MLS.”

The ruling amounts to something of a mixed bag for Crossfire. On the one hand, it was denied the payment it was hoping to receive in the case. On the other, the DRC ruled that Crossfire was entitled to the solidarity payment, which could set a precedent down the road. Furthermore, the acceptance of Yedlin’s player passport, as well the decision that Crossfire’s business model doesn’t preclude it from receiving solidarity payments bodes well for U.S.-based youth clubs seeking to make similar claims in the future.

But now Crossfire will need to find another avenue in terms of obtaining the solidarity payment to which the DRC said it was entitled. While MLS recently announced it would begin enforcing solidarity and training compensation for deals involving its own youth academy products, it’s unclear how it will handle cases such as Crossfire’s.

Lance Reich, Crossfire’s attorney in the case called it “a great day for American youth soccer.”

“The claims are viable. The arguments against pay-to-play clubs are gone in the eyes of FIFA,” Reich told ESPN FC. “Crossfire has prevailed. It’s just that the source of the funds isn’t going to be Tottenham.”

Neither MLS nor the USSF were immediately available for comment. In the case of MLS, it was not included in the initial communication from the DRC regarding the Crossfire decision.

Regarding next steps, Reich added that: “The first organization to reach out to is the USSF. They’re the ones who made the representation [about solidarity payments] that Tottenham relied on to its detriment.”

FIFA’s Regulations on the Status and Transfer of Players (RSTP) mandate that whenever a player is transferred to another club prior to the end of their contract, and that transfer involved moving to another country — a “change of association” in FIFA parlance — five percent of the transfer fee is paid to the youth clubs responsible for the player’s development in what is called a “solidarity payment.” The rules also stipulate that when a player signs their first professional contract, the pro club is obligated to pay training and development compensation to the youth clubs that developed the player between the ages of 12 and 21. Training compensation is also due when a player is transferred to a club in another country up until the season of his 23rd birthday. (The Yedlin case only pertains to solidarity payments.)

Yet until recently, the U.S. Soccer Federation has long resisted the implementation of RSTP. Among the reasons cited are fears that RSTP violates child labor laws or would result in litigation on anti-trust grounds by various stakeholders, including the MLS Players Association. The USSF has also contended at times that a consent decree contained in the case Fraser vs. MLS — which stipulated that MLS would not require a transfer fee to be paid for out of contract players — prevented it from enforcing RSTP, though it was no longer using that argument.

The USSF contends that at a meeting of stakeholders in 2015, opposing viewpoints among youth clubs, professional leagues, and players’ unions left it caught in the middle.

“Since that time, U.S. Soccer has maintained a position of neutrality on the issue of training compensation and solidarity payments and, accordingly, will not be a party to enforcement of those regulations,” the USSF spokesperson told ESPN FC back in April.

“We will, however, continue to pass through any claims made by clubs as required by FIFA regulations. This position remains the same regardless of the affiliation of the club making the claim.”