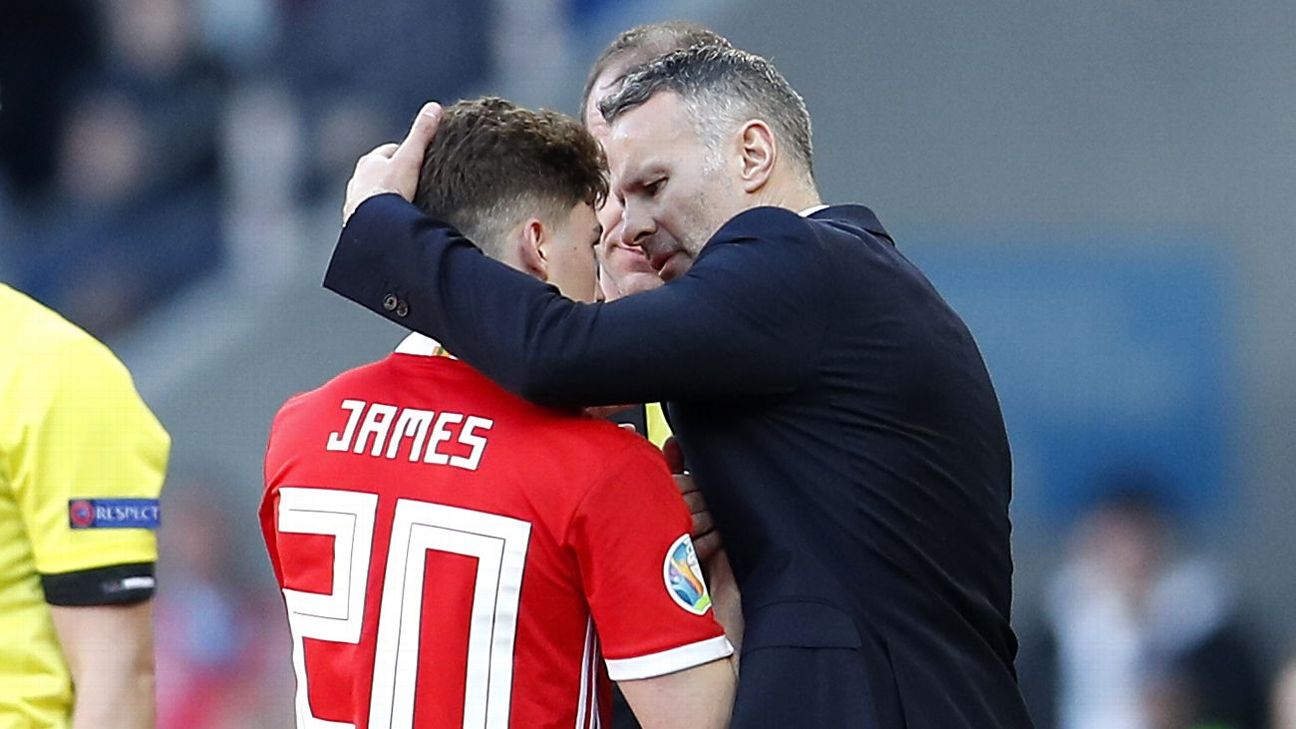 Manchester United have completed their first signing of the summer and the first of the Ole Gunnar Solskjaer era at Old Trafford with the arrival of Daniel James.

How long that era lasts will depend, in part, on how successful United are in the transfer market and James, a 21-year-old winger from Swansea City, is the opening act of a summer designed to rebuild and rejuvenate a squad that only finished sixth in the Premier League last season.

James has joined in a £15 million deal that could eventually rise to £22m if a series of add-ons are met. It is an arrival that gives an insight in Solskjaer’s preferred plan of targeting young British players with potential after Jose Mourinho’s tactic of splashing out on more established stars like Paul Pogba and Romelu Lukaku.

Where has he has come from?

James started kicking a ball at Bull Field in Brough, Yorkshire — often playing against teenagers when he was half their age. As a schoolboy he split his time playing for South Hunsley High School and Hull City’s academy, where he trained three times a week after joining as a nine-year-old. At 16, he turned down the chance to sign scholarship forms at Hull in favour of a move to Swansea, with the Welsh side paying £72,000 in compensation under Elite Player Performance Programme rules.

After making his reserve debut at 16, he made his first-team debut for the Swans in February 2018 and enjoyed his breakthrough season last term, scoring four goals in 33 games in the Championship as the club finished 10th.

A winger with lightening pace, he can play anywhere across the front. Primarily right-footed, he had some of his best games for Swansea on the left. He started on the left wing for Wales against Croatia on Saturday but can also play centrally as a No.10.

“I know the United fans will get behind him and enjoy watching him,” said Wales manager and former United winger Ryan Giggs.

“It’s fantastic for everyone I think. For Dan, for Manchester United, and it’s a good deal for Swansea as well. It’s the biggest club in the world so my message to him is enjoy the challenge, don’t be anyone else, and you’ll be fine. United are getting an exciting and fantastic player.”

His pace. Last season, he officially clocked a top speed of 36 kilometres per hour — just shy of Arjen Robben‘s world record of 37km per hour.

“Parallels can perhaps be drawn between the signing of Lee Sharpe and the proposed arrival of Daniel James at Manchester United some 31 years later,” said an article on United’s club website. “Sharpe may have joined from Torquay United, on this day in 1988, rather than second-tier Swansea City, who were a Premier League side very recently, but he was an exciting capture from the lower divisions whose primary asset was his explosive pace.”

Stoke midfielder and Wales team-mate Joe Allen said James’ performance in the 3-1 defeat at the Liberty Stadium was one of the “best individual performances I have ever seen,” adding: “He was electric. He scored and got two men sent off and caused carnage all game. That was the day that probably sealed the potential Man United move.”

And, ahead of their game with Wales, Hungary manager Marco Rossi had an interesting comparison for the winger. “James’ speed reminds of Usain Bolt — to be so fast like him is really incredible,” he said. ”In the last ten years I don’t remember one player that gave me this sensation. His acceleration is so peculiar, which is why Manchester United have bought him.”

James has shown flashes of his talent and has plenty of potential but he’s still very inexperienced. He’s yet to play a Premier League game and has only had one full season in the Championship behind him.

In the summer of 2017, he joined League One Shrewsbury Town in what was supposed to be a season-long loan deal, but on Aug. 31 Shrewsbury announced the agreement had been terminated and James would return to Swansea. He failed to make a first team appearance for Shrewsbury and was only included in a matchday squad once.

As recently as January, Leeds United thought they had agreed a £1.5m loan deal with an option to buy this summer for £8.5m. Swansea pulled the plug at the last minute and will be happy they did after watching James improve drastically during the second half of the season before eventually sealing a more lucrative move to United.

Where he fits in

Solskjaer has only been at United for six months but has already shown that his blueprint includes a forward line full of pace that can attack quickly when they win the ball. James is built to worry full-backs and play on the break and many of Solskjaer’s most impressive results after replacing Mourinho came away from home when his team counter-attacked.

Initially, though, James will be forced to wait his turn. United already boast an attack that includes Marcus Rashford, Anthony Martial and Jesse Lingard and it is likely James will be used as an impact substitute while he continues his development.