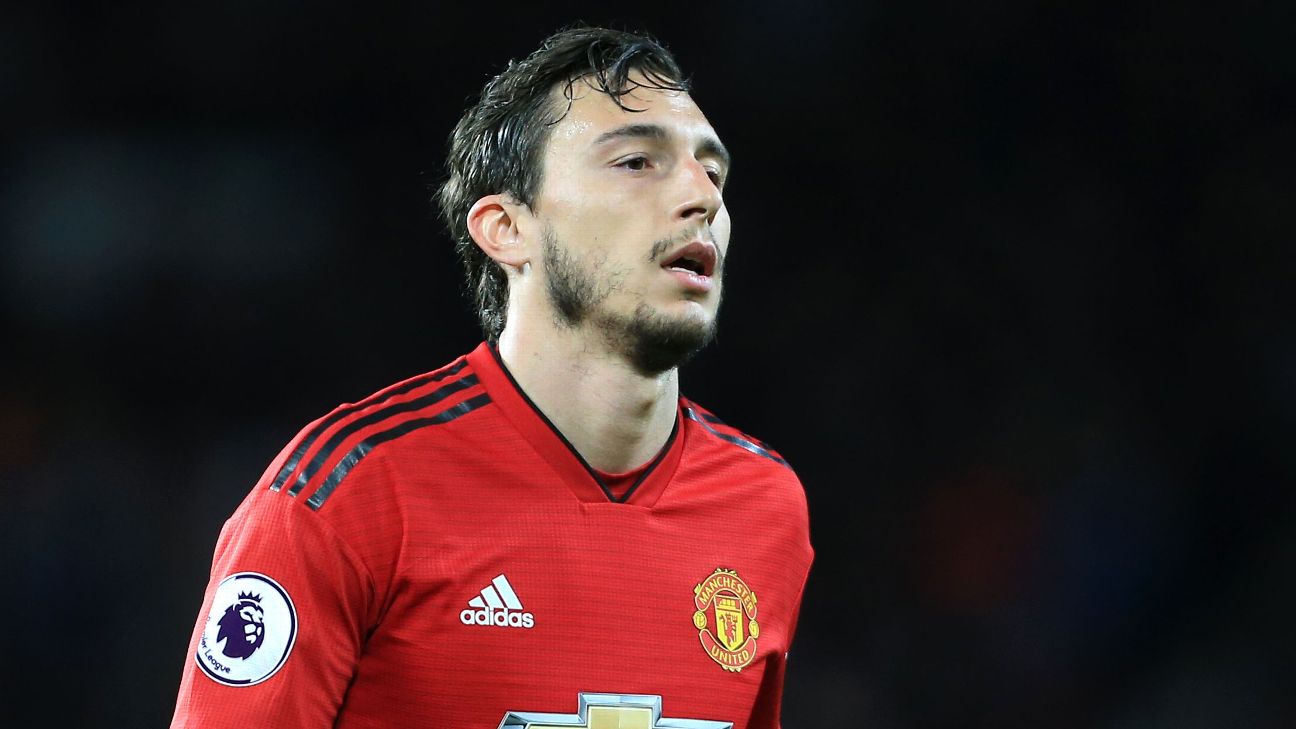 Spanish side Valencia and two unnamed Italian clubs are leading the race to land the Italian defender, who has made it clear to United he wants to leave this summer.

The 29-year-old, signed for £12.7 million from Torino in 2015, made just six Premier League appearances last season, but was a surprise inclusion in Ole Gunnar Solskjaer’s team to start the Manchester derby with City in April.

Solskjaer already has right-backs Ashley Young and Diego Dalot in his squad and has also sanctioned a bid for Crystal Palace full-back Aaron Wan-Bissaka. The initial £35m offer for the 21-year-old was rejected but United are expected to return with a bid closer to Palace’s £60m valuation.

Darmian will be allowed to depart this summer but United will ask for a fee before agreeing to the sale. Sources have told ESPN FC that Valencia and two Serie A sides have already made formal approaches.

Darmian is under contract until next summer after United triggered a one-year extension in January but the club are unlikely to price him out of a move. He was keen to return to Italy last summer and although Juventus registered interest they could not agree a fee.

Darmian made 92 appearances in four seasons at Old Trafford, scoring once. A regular in his first season under Louis van Gaal, the Italy international slipped down the pecking order under the Dutchman’s replacement Jose Mourinho.

He came as a substitute in the FA Cup final victory over Crystal Palace in 2016 and started the Europa League final win over Ajax a year later.