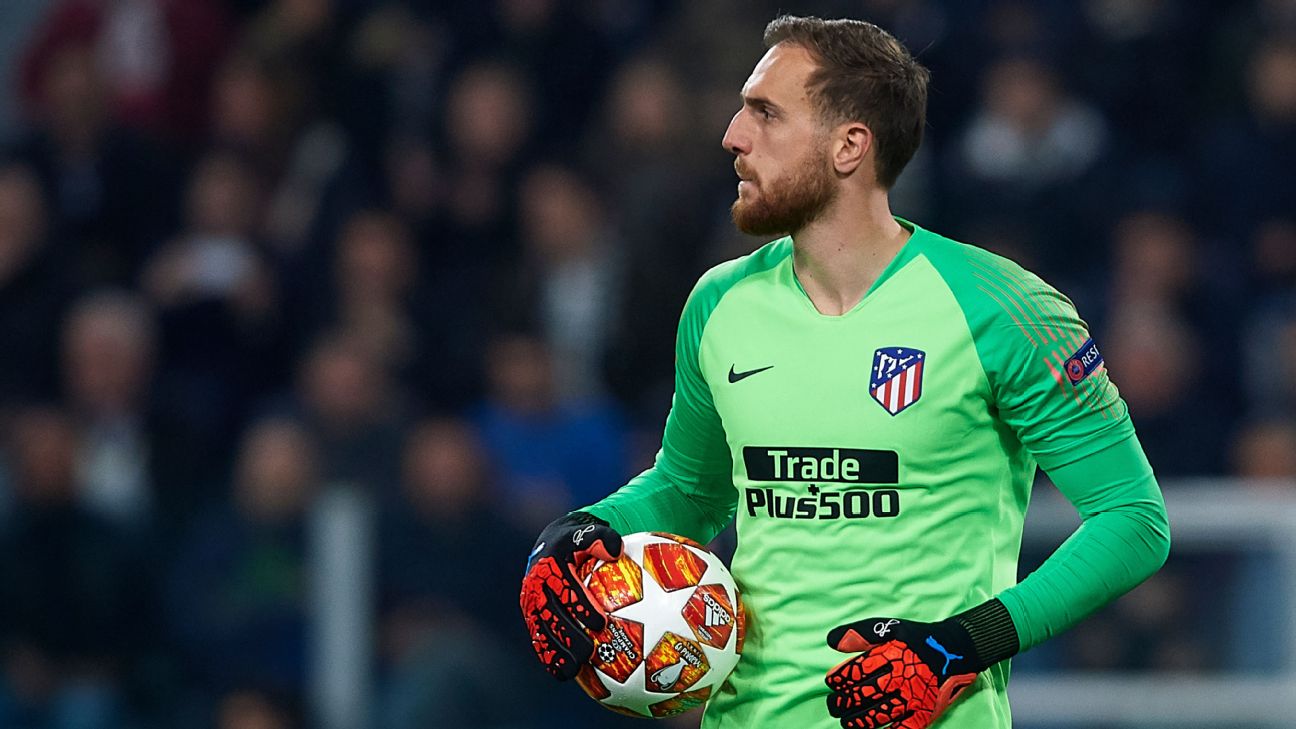 Atletico Madrid goalkeeper Jan Oblak wants to leave in the summer following broken promises over his future — and the boyhood Manchester United fan favours a move to Old Trafford over Paris Saint-Germain, a source has told ESPN FC.

Oblak wants Atleti to match his ambition and is considering his options, with PSG also in the running after announcing that Gianluigi Buffon would leave in the summer.

However, a source told ESPN FC that United are ahead in the chase for Oblak, despite the fact that they will not be playing in the Champions League next season.

The source said the 26-year-old wants to play in the Premier League.

Earlier this year, Oblak signed a new deal until 2023 and was told the Atletico squad would be strengthened to compete for La Liga and the Champions League.

Brazilian centre-back Felipe has joined from Porto and striker Nicolas Ibanez has come in from Atleti’s Mexican franchise Atletico de San Luis, but the source said Oblak did not feel the list of possible Griezmann replacements was good enough.

Regarded as one of the finest goalkeepers in the world, Oblak won his fourth Zamora Award as La Liga’s best goalkeeper after helping Atletico finish second in the table last season.

The Slovenia international kept 27 clean sheets in 50 matches in 2018 — more than any other goalkeeper in Europe’s top five leagues including Liverpool’s Alisson and United’s De Gea — and conceded just 36 goals.

Manchester United declined to comment when asked by ESPN FC about interest in Oblak.