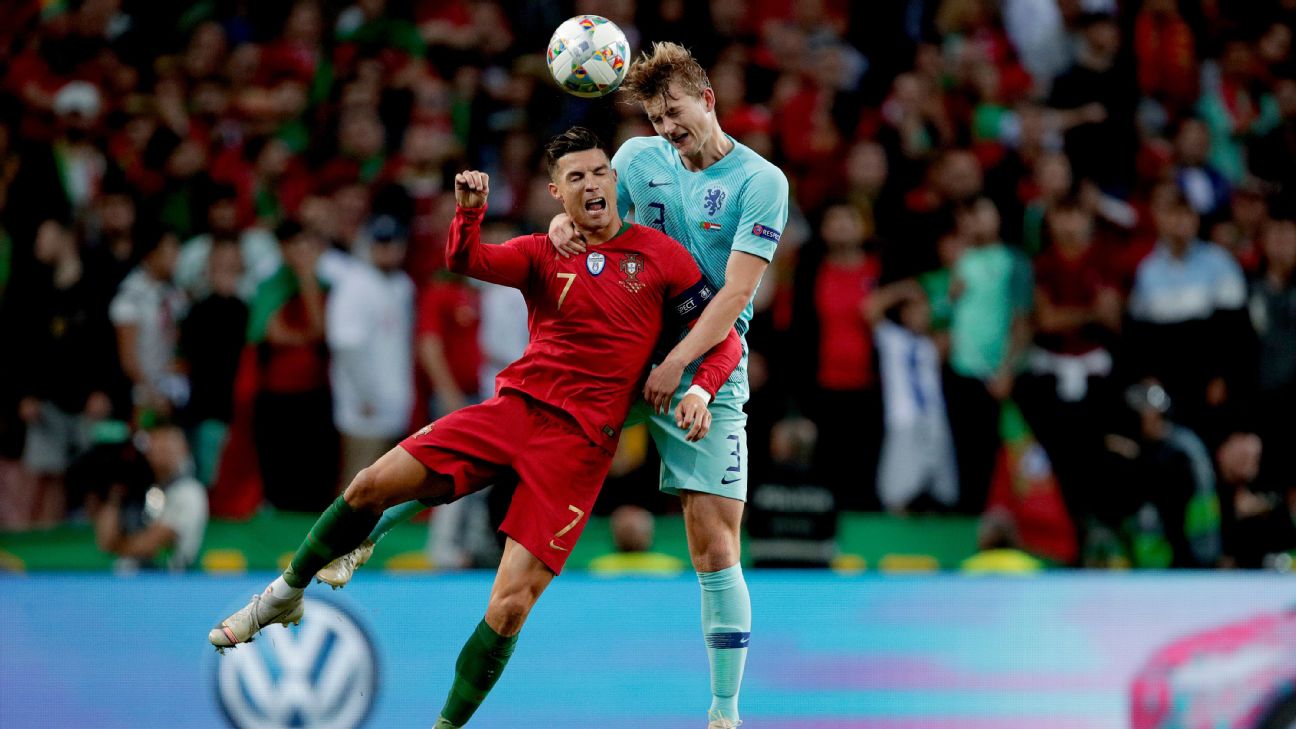 Netherlands defender Matthijs de Ligt, who is widely expected to leave Ajax Amsterdam in the coming weeks, said he was asked about a move to Italian champions Juventus by Cristiano Ronaldo at the end of Sunday’s Nations League final.

But television images showed Juve forward Ronaldo having a chat with the centre-half at the end of the game and the Dutchman confirmed a possible move to the Italian side had been raised by the five-times Ballon d’Or winner.

“I didn’t understand him at first. I was a little shocked, so I laughed. But I didn’t say anything,” De Ligt told the Netherlands’ NOS television.

“So soon after the game you are not at all concerned with it. You are disappointed that you have lost and that is the only thing you are thinking about,” he added.

De Ligt’s impressive performances for Ajax in their run to the Champions League semifinals have made him one of the most wanted signatures in the transfer window.

But the defender said he had yet to make up his mind over his future and was in no hurry to do so.

“I don’t mind that. The transfer period starts in a while, so I will first go on a nice vacation and rest. I will let it happen and then I will see,” he said.