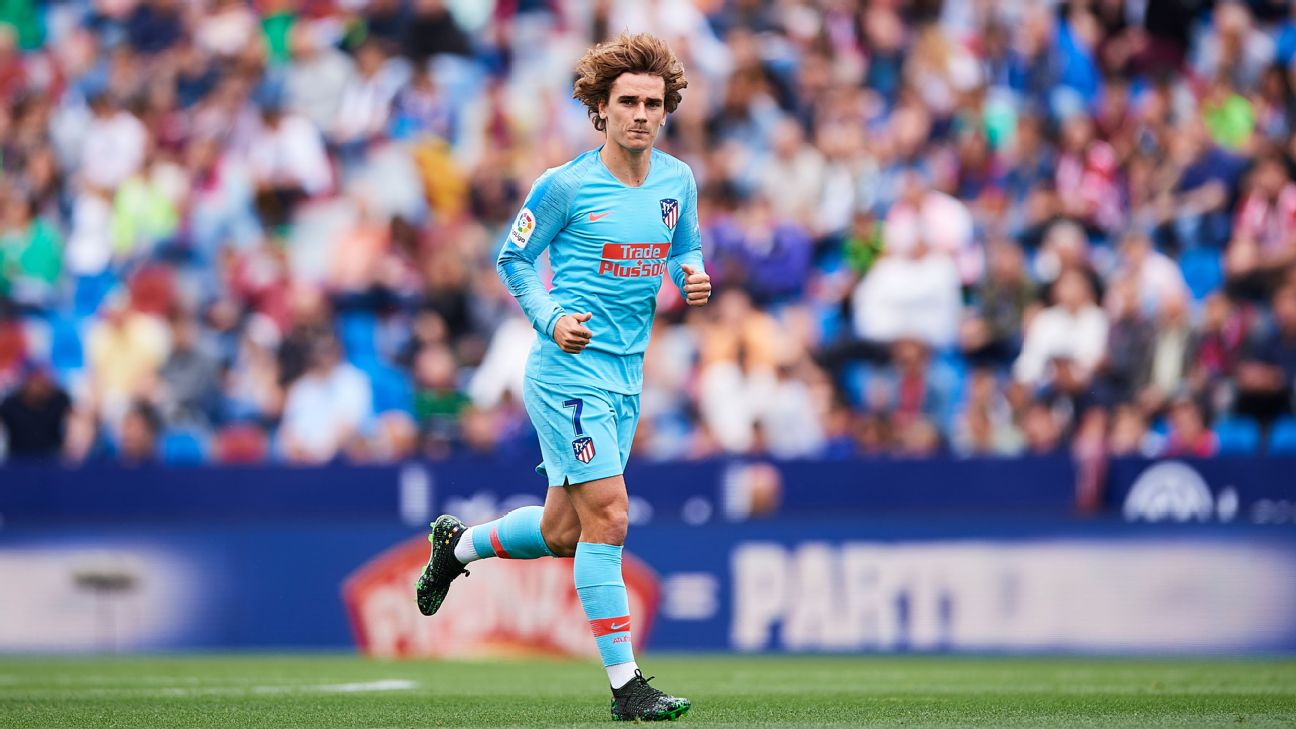 Antoine Griezmann has told French TV show Telematin that he knows which he club he wants to join, but asked for “patience” while his future is decided.

Griezmann told Atletico Madrid he will move on in the summer, with another club set to pay his release clause when it drops to €120 million on July 1.

Sources have told ESPN FC that Barcelona are interested in the France forward, who turned them down last summer, but no decision on whether to trigger the clause this year has been made.

Reports in Spain have claimed Griezmann is now set to join Paris Saint-Germain, and the World Cup winner said he would reveal where he was going soon.

“I know where I want to go and the sacrifices I will have to make,” Griezmann said. “I just ask for a bit of patience, and soon I will be delighted to say.”

Referring to speculation that he could at some point end up at David Beckham’s Inter Miami CF project, he joked: “I can only say it won’t be Miami.”

Atletico convinced Griezmann to stay 12 months ago by offering him a contract worth €23 million a year, and ESPN FC reported that Barca would need him to take a pay cut to join them.

The 28-year-old played the 90 minutes as France were beaten in Turkey in Saturday’s Euro 2020 qualifier, and should be back in international action against Andorra on Monday.

Sources: Pele had COVID before going to hospital
Walker: I won’t roll out red carpet for Mbappe
Germany stick with coach Flick despite WC failure
What’s it like to take a penalty at the World Cup? ‘No joy, just pure relief’
Sources: Ronaldo has not agreed Al-Nassr move