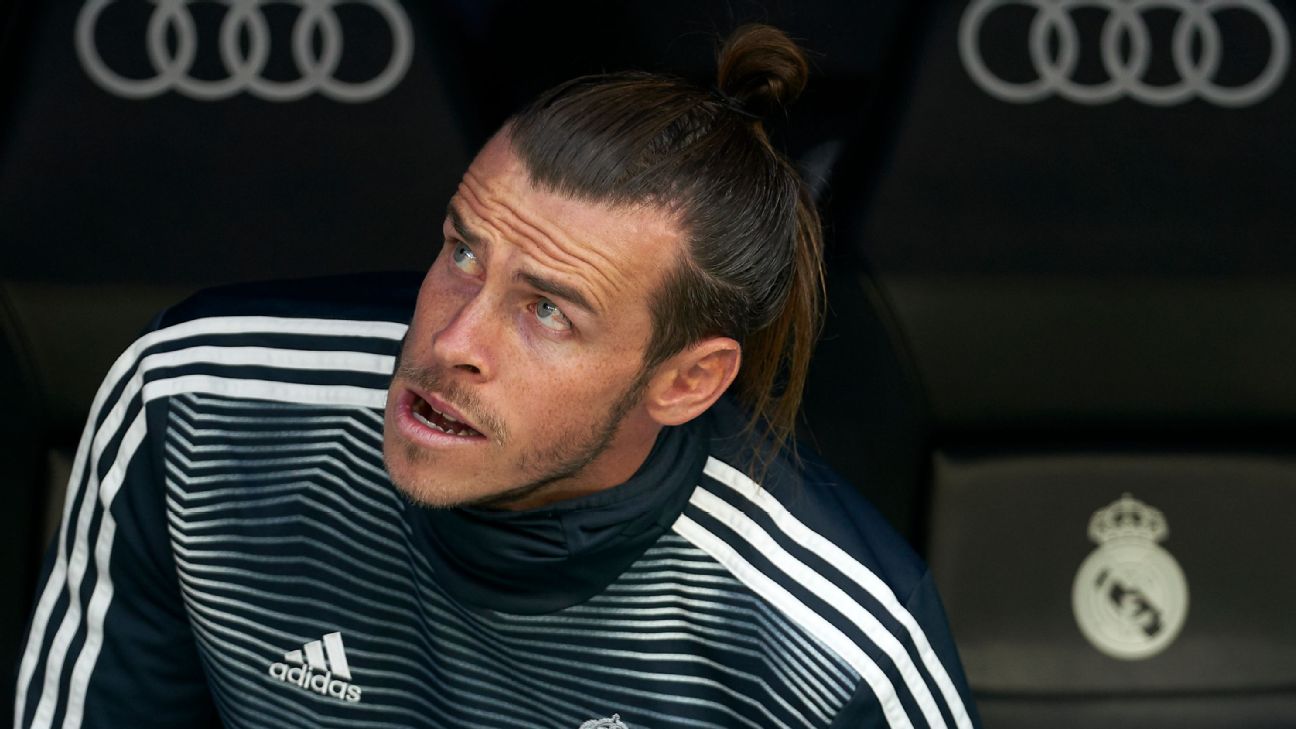 Manchester United are looking to snap up Gareth Bale on loan ahead of the 2019-20 season, reports the Mirror.

Bale has been told he’s surplus to requirements and United have long been linked with the Welshman, and a loan move could suit all parties.

Madrid are desperate to ditch the winger, having made it clear he has no future at the Bernabeu. However, Bale has had no takers so far and his wages mean only a small number of clubs could afford him. A loan deal would at least mean someone else would be footing the bill for his wages for the year ahead, with both parties supposedly keen on an option to extend the deal for a further 12 months.

For United, it would enable them to land a top star without having to pay a transfer fee, while Bale would no doubt relish first-team football without leaving Madrid permanently.

David Beckham is turning to a former United player — and a fellow former inhabitant of the famous no. 7 shirt — as he looks to build his MLS side Inter Miami CF ahead of the new season.

Free agent Antonio Valencia is high on Beckham’s wanted list, according to the Sun, and the swashbuckling right-back would be a great coup for the new franchise. The Ecuador international was released by United earlier this month along with 15 other players, including Ander Herrera. Though he is ideally looking to stay in England, Valencia could be tempted by a move stateside to join the former United legend and his new project.

Butland expensive but in demand

Stoke City and England goalkeeper Jack Butland is wanted by a number of Premier League clubs, but the £23 million fee Stoke are demanding for his services could prove a stumbling block for the likes of Crystal Palace and Bournemouth, so say The Sun.

Butland is looking for a Premier League move to resurrect both his club and international career and he is not short of suitors, but Stoke are proving tough negotiators.

The Potters aren’t keen to sell but would cash in on their star man, possibly because his previous club are due a 20 percent sell-on clause. Any move in the region of the figures alleged would net the Blues over £3m.

Bournemouth are keen to add Butland to the squad, but, after offering Artur Boruc a year extension, would need to move on Asmir Begovic first.

Bad news for all those clubs looking to try and beat Manchester City to top spot in the Premier League next season; Pep Guardiola looks set to be given a hefty transfer budget to improve his side further.

The Sun are reporting that City have taken out a payday-style loan and mortgaged the money they’re due from the Premier League for last season and the campaign ahead.

All of which means Guardiola will be armed with cash as he looks to strengthen his already impressive squad, and top of his list remains Benfica’s promising young forward Joao Felix. Benfica president Luis Filipe Vieira was today reported as admitting his star man has decided to leave, and it is expected Felix will make a decision on his next destination after Sunday’s Nations League final against Netherlands.

City and Manchester United are said to be battling it out for Felix’s services, with City leading the chase thanks to an impressive salary and the prospect of Champions league football.

The Daily Star today also reported that Guardiola is planning a double raid on Leicester City for the services of Harry Maguire, another United target, and Ben Chilwell for a combined fee of £125 million.

- Chelsea are keen to land rising Bayer Leverkusen star Leon Bailey but must wait on their appeal of a transfer ban before making any move for the Bundesliga hotshot. Leverkusen are asking for £80 million for the 21-year-old, but Chelsea are keen to replace Eden Hazard, who left the club for Real Madrid on Friday, reports the Daily Mail.

- Everton right-back Jonjoe Kenny is set to shun Burnley and Crystal Palace and instead complete a season-long loan mover to Schalke this week, says the Mail. Former Huddersfield boss David Wagner is the current Schalke boss and he feels Kenny could impress in Germany.