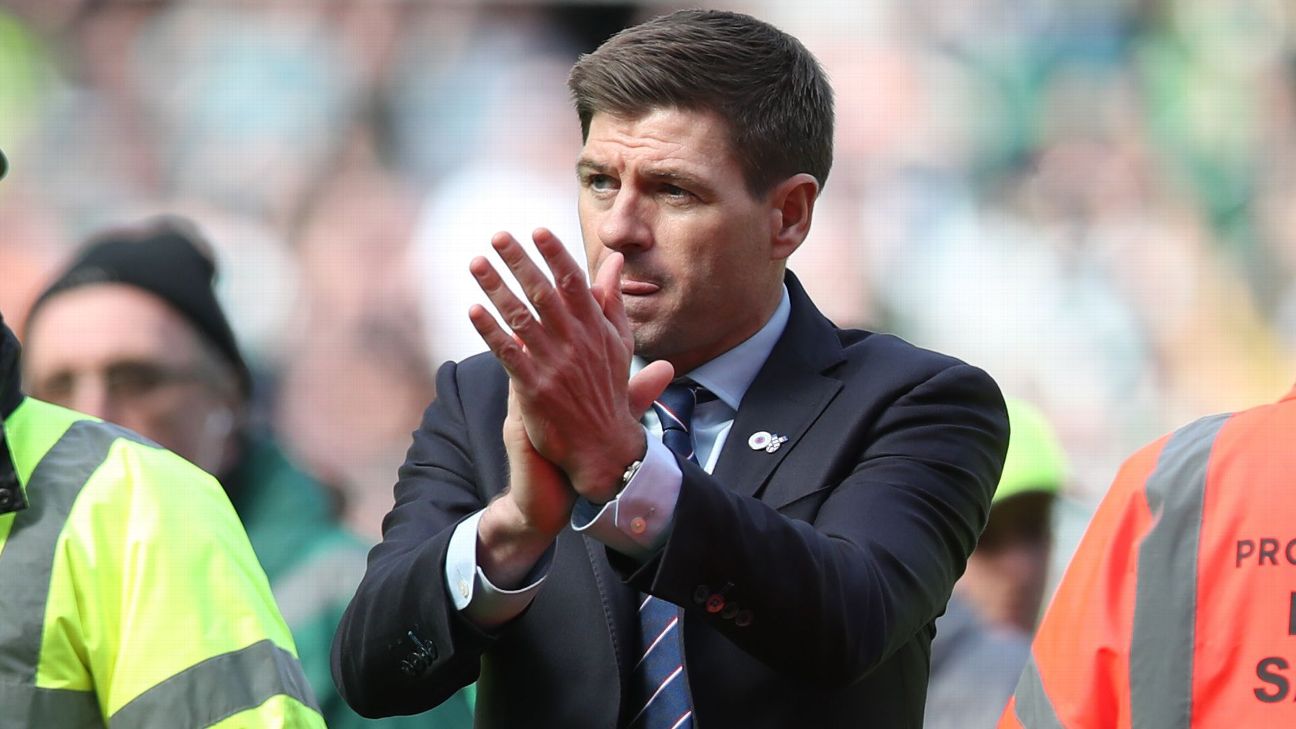 Rangers manager Steven Gerrard has been handed a one-match touchline ban after accepting a charge of misconduct following Sunday’s 2-1 defeat in the Scottish Premiership by Glasgow rivals Celtic.

The Scottish FA said the former England captain had taken a fixed offer.

The Daily Record reported Gerrard made comments to referee Bobby Madden after the loss at Celtic Park.

In the match, Gerrard’s side were reduced to 10 men after half an hour when Colombian Alfredo Morelos was sent off for a fifth time this season, with Rangers slipping 13 points behind Celtic and seven games remaining.