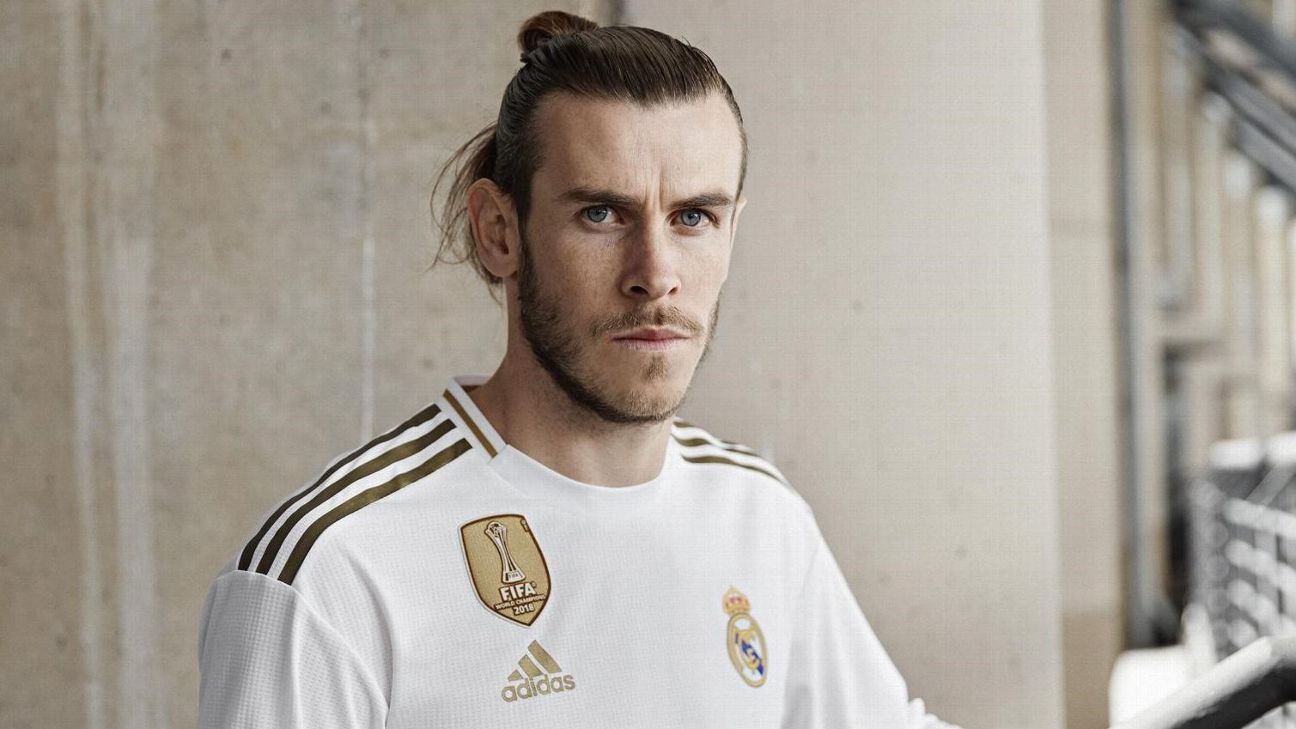 In all honesty, we find it a little difficult to get overly excited by Real Madrid home kit launches, especially given that white is an inevitability and that they only really tend to alter the colour of the trim from year to year.

For the record, 2019-20 sees Los Blancos revert to gold, despite their relatively mediocre showing last campaign. The colour, last seen back in 2011-12, is apparently inspired by the golden crown that has sat atop the club’s crest for the last 100 years.

Perhaps of more interest, however, is that Real have seen fit to include Gareth Bale, Isco and Marcelo in the promotional launch photos — all of whom face uncertain futures at the club and look delighted to be modelling a kit in which they may never play.

Obviously, it doesn’t pay to read too heavily into this kind of thing as unsettled players are unlikely to be influenced by taking part in a photoshoot which doubtlessly took place weeks and weeks ago.

Just thought we’d point it out, is all.

England ‘lose their most recent trophy’

England fans of a certain vintage will have fond memories of Le Tournoi, which was held in France in June 1997 as a warm-up for the following summer’s World Cup.

Glenn Hoddle’s team squared off against Les Bleus, Brazil, and Italy in a short-form tournament perhaps best remembered for Roberto Carlos’ career-defining, physics-defying free kick scored against the hosts in the opening match.

Unfortunately, according to the Daily Mirror, the Football Association have managed to misplace the Le Tournoi trophy and are in the midst of a desperate search to find it again.

The FA plan to put the magnificent crystal football on display in their museum and are reportedly “appealing for anyone, from kit man to player” for information as to its whereabouts.

We’d suggest re-hiring Pickles the dog to sniff out and retrieve the trophy, but unfortunately he passed away in 1967.

Don’t miss out on Friday night as we look to make it 11-0-0. Plus the first 2,500 fans get a free t-shirt courtesy of @ArizonaFederal. #UpRising pic.twitter.com/QFAhd2ia3x

Phoenix Rising FC of the United Soccer League is riding high this season, sitting third in the Western Conference standings with 20 points from its first 12 matches of the season.

Didier Drogba’s old club will look to extend that run against the Tulsa Roughnecks on Friday (live at 10:30 p.m. ET on ESPN+) and the home side — who are no stranger to sell-outs this season — will have an added advantage when the players take to the field: Dollar beers!

Phoenix’s solid record this season — five wins, five draws and two losses — pales in comparison to its exploits on dollar beer night, where the Rising is looking to extend a 10-match winning streak dating back to last season in which the club has beaten nine different teams.

This all makes for good reading — and drinking — for Rising supporters, who regularly pack 6,000-plus into Casino Arizona Stadium, and some potentially bad news for the Roughnecks as the look to avoid becoming the 11th team in a row to go “bottoms up” in Phoenix.