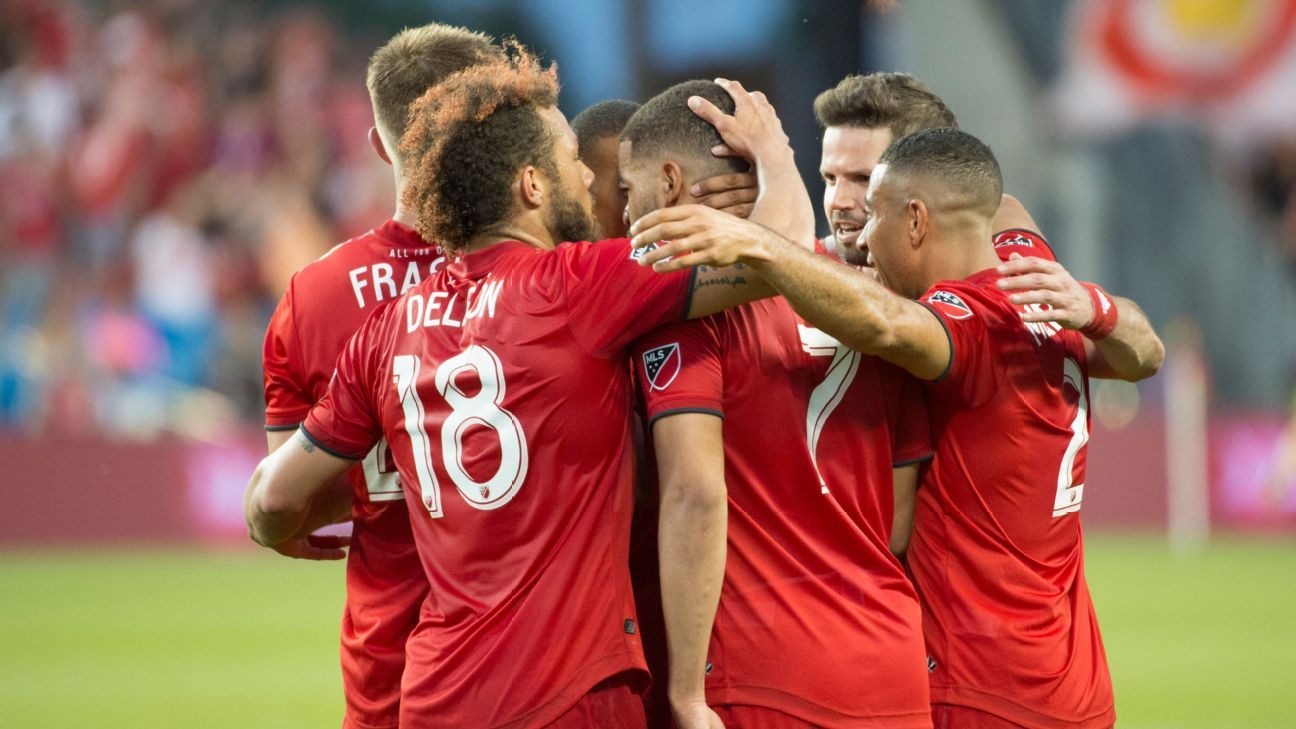 Substitute Jordan Hamilton scored in the fifth minute of second-half stoppage time, and Toronto FC salvaged a 2-2 draw on Friday night despite twice conceding to visiting Sporting Kansas City from the penalty spot.

Hamilton’s finish of Ryan Telfer‘s cross, after an excellent ball from Alejandro Pozuelo set up the opportunity, marked his career-high fourth goal of the season.

Felipe Gutierrez converted each spot kick for his fifth and sixth goals of the season, and first since scoring twice in a 4-4 draw at home against the New England Revolution on April 27. The two penalty kicks conceded were the fifth and sixth of the year by The Reds, bringing them within four of the MLS record.

After Gerso Fernandes drew the first penalty in the 25th minute, Gutierrez earned the second himself on a foul from Nick DeLeon. At the time, the 73rd-minute goal looked to have Sporting heading to their first road win of 2019, but that drought continued with Hamilton’s equalizer. Overall, SKC have won just one of their last 11.

DeLeon had leveled the match in the 43rd minute with his third goal of the season for Toronto.

Gutierrez created the go-ahead spot kick by playing a slick give-and-go with Yohan Croizet, with the return ball playing Gutierrez inside the area just behind DeLeon.

Goalkeeper Quentin Westberg charged and eventually tackled the ball away as DeLeon also lunged toward it. Bazakos called no foul at first, but following a review, he judged that DeLeon had caught Gutierrez while trying and failing to dispossess the Chilean.

Gutierrez stepped up and smashed the penalty beyond Westberg.

That looked to be the decider until Pozuelo received the ball with his back to goal, and immediately sprayed a pass to Telfer on the right flank. Telfer then drove the ball back across goal, where Hamilton smashed it beyond stranded goalkeeper Tim Melia.