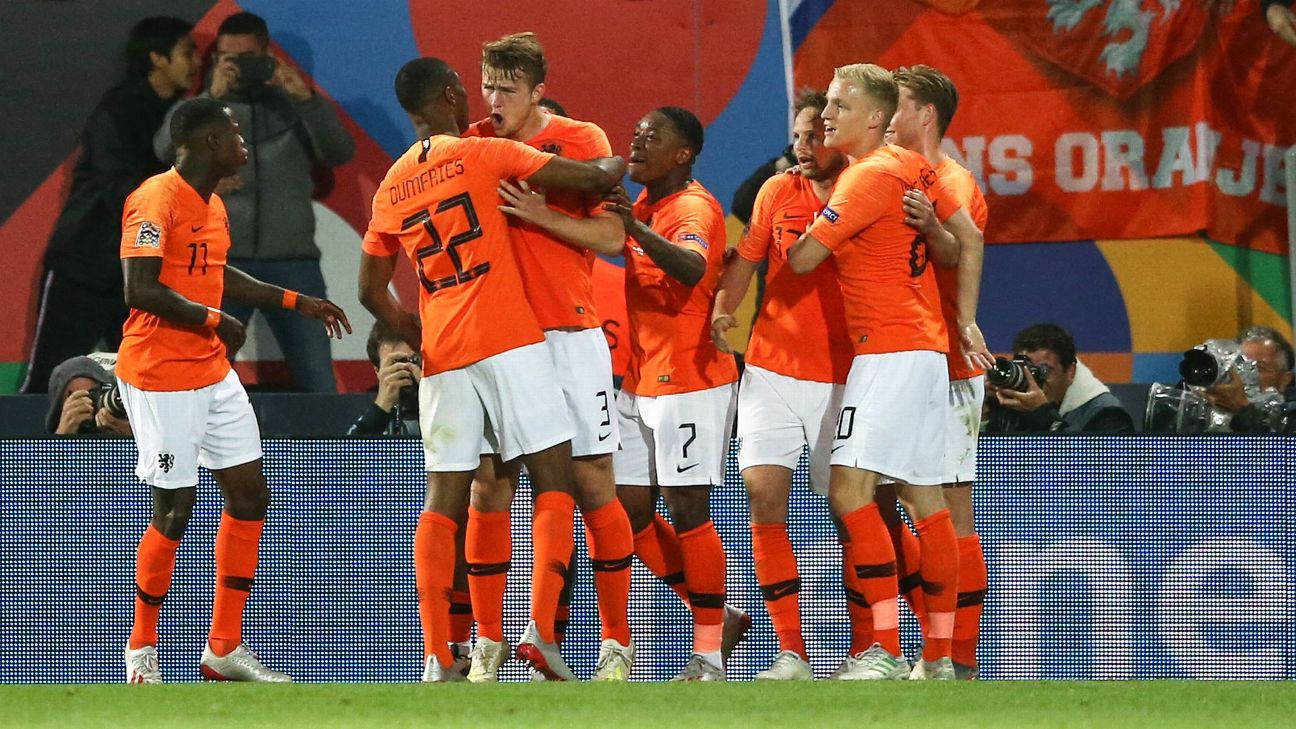 Matthijs de Ligt maintained the mystery around his future after helping Netherlands knock England out of the UEFA Nations League on Thursday.

The Ajax defender, who is wanted by Paris Saint-Germain, Barcelona and Manchester United, among others, scored the equaliser as the Dutch went on to beat Gareth Southgate’s men 3-1 after extra-time.

Ronald Koeman’s Netherlands will meet Portugal in the final on Sunday, with De Ligt’s next move expected to become clearer once his involvement with the national team ends.

Sources have told ESPN FC that PSG believe they are the frontrunners to land De Ligt, although the 19-year-old is still giving no clues away as the transfer saga rumbles on.

“I will take my time to reflect on what is the best option for my future,” he told reporters after the win over England.

Bayern Munich have dropped out of the race for De Ligt while Manchester United have become increasingly pessimistic about their chances of landing him.

Liverpool and Juventus have also been touted as contenders to land his signature, but PSG and Barca are the favourites.

Sources told ESPN FC that the Catalan club were hopeful of signing De Ligt after striking a loose agreement with him in March, but his agent Mino Raiola is now trying to get them back to the negotiating table. They have refused to budge on the initial terms, though, and are no longer as confident.

– When are the UEFA Nations League finals?

They hope the lure of playing at Camp Nou will help them win the race, while Frenkie de Jong, who will join Barca from Ajax this summer, has urged De Ligt to make the same move.

“Of course we have spoken about his future, but it’s something which he must decide with his family,” the Dutch midfielder told reporters. “What I cannot do is influence his decision. He will have to work out what he wants with those close to him in the coming days.

“He knows what I would like. I hope that he comes to Barcelona with me, I hope that’s what happens.”