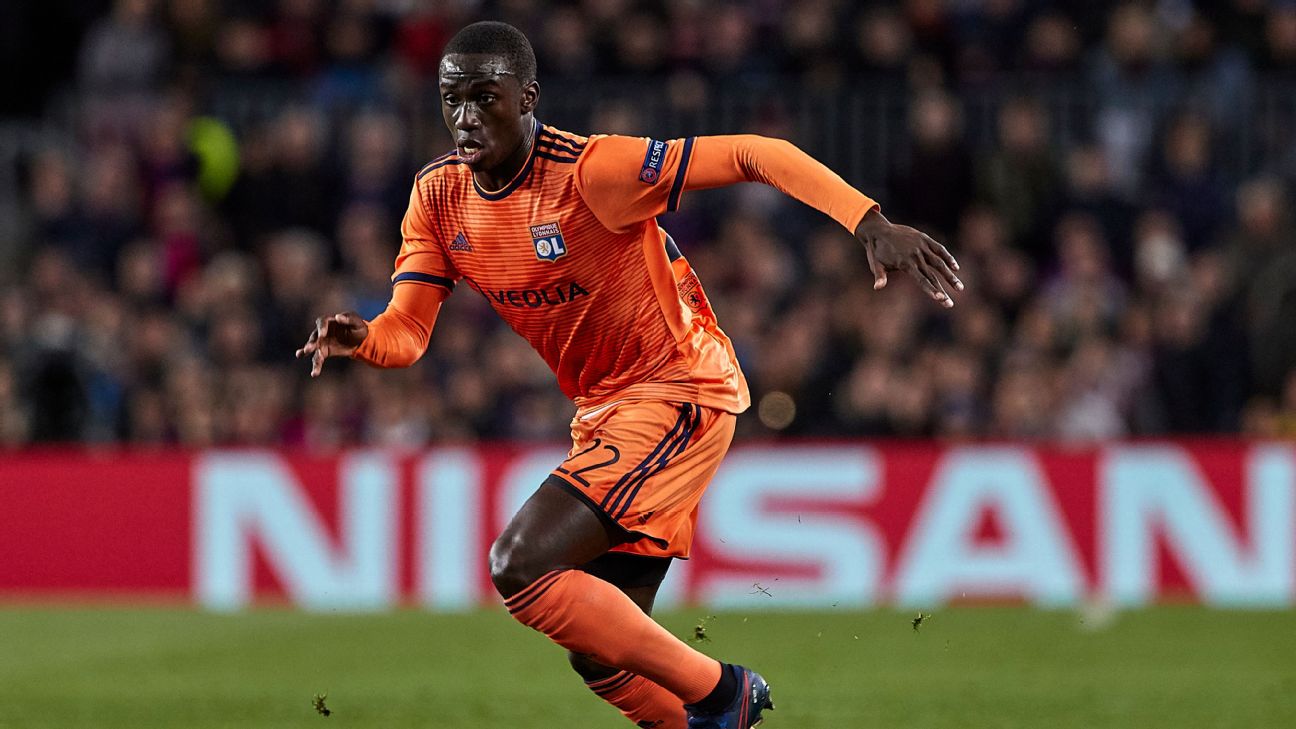 Real Madrid will sign France international left-back Ferland Mendy from Lyon for around €55 million next week, a source has told ESPN FC.

Mendy, 23, has been identified by Zinedine Zidane as the team’s future left-back, with the Bernabeu outfit having sealed the deal ahead of other reported suitors including Juventus and Manchester United.

After a fee was agreed following complex negotiations with Lyon, Mendy underwent an initial medical examination by Madrid staff in Paris this week. Reports a hip problem was found which could endanger the move are wide of the mark, and the transfer will go through once his international commitments allow for the full medical to be completed.

Mendy, who has two caps for France, has travelled with his national team for Saturday’s Euro 2020 qualifier in Turkey, and will also be hopeful of featuring in Tuesday’s qualifier in Andorra. The final details of the move to the Bernabeu will then be completed on Wednesday, the source told ESPN FC.

Mendy scored three goals and contributed three assists in 44 games for Lyon last season, impressing with his raids forward into attack against Manchester City and Barcelona in his team’s run to the Champions League round of 16.

The new arrival will raise further doubts about the long-term future of Madrid vice-captain Marcelo, 31, while youngster Sergio Reguilon, 22, could go on loan for 2019-20. Theo Hernandez, 21, is not expected to feature in Zidane’s plans.

Belgium international Eden Hazard, 28, is also on the brink of arriving at the Bernabeu, as sources told ESPN FC that Chelsea accepted an £88.5m offer from Madrid on Thursday.