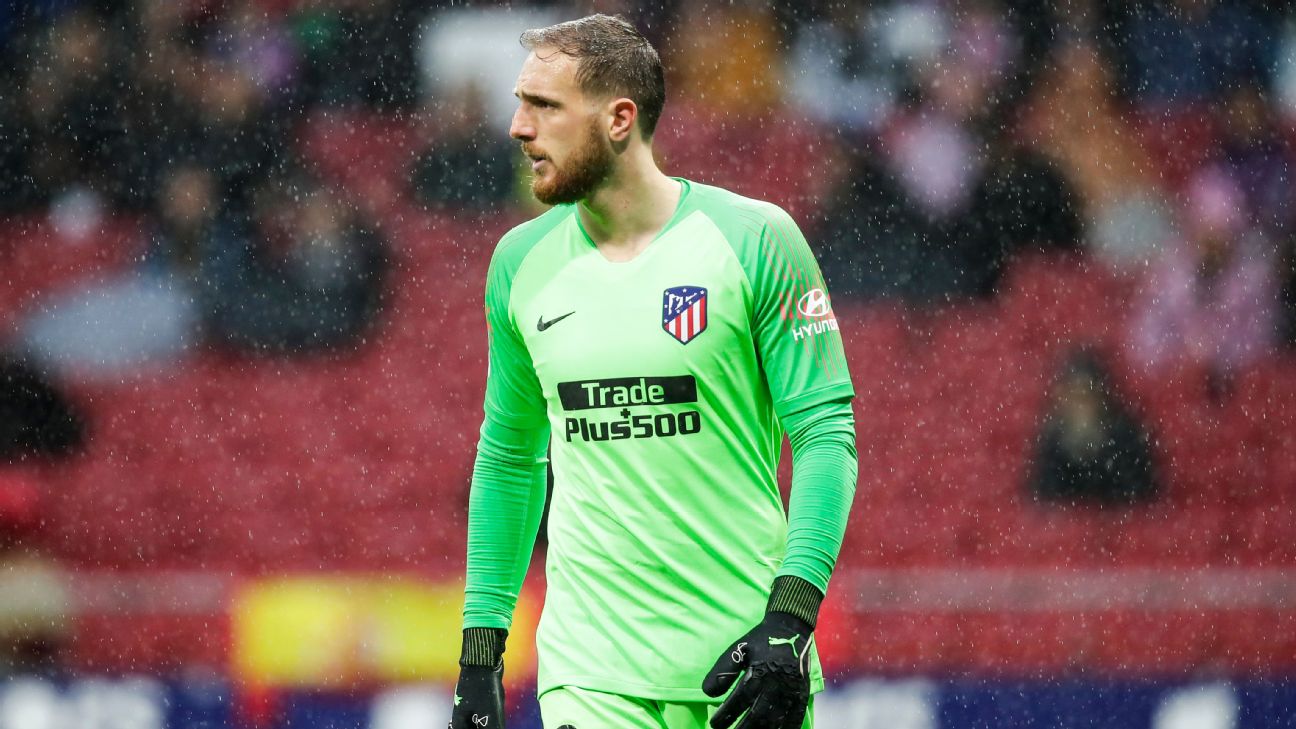 Atletico Madrid goalkeeper Jan Oblak has said that, despite recently signing a new contract, he only wants to stay at the club if they match his ambition.

Oblak, 26, signed a new deal which ties him to the club until 2023 last April, but a source told ESPN FC soon afterwards that the Manchester United target’s long-term future at the Wanda Metropolitano was dependent on the team competing for the biggest trophies.

Since then, forward Antoine Griezmann has announced he will leave Atletico this summer, and defenders Lucas Hernandez, Diego Godin and Juanfran have moved on — while Spain international Rodri is weighing up a move to Manchester City.

“I signed a new contract, but that does not change anything,” Oblak told Ekipa. “I will stay at Atletico as long as their ambitions match mine.

“And some people might think their ambitions have lowered, as big players have left. I am sure the club will do everything possible to sign quality players. When I signed my new contract they gave me guarantees about the club’s ambition.

“They said the aspirations were not going to change.”

United and Liverpool are among the clubs to have previously made contact about signing Oblak, whose buy-out clause remained at €120 million after his new contract was signed.