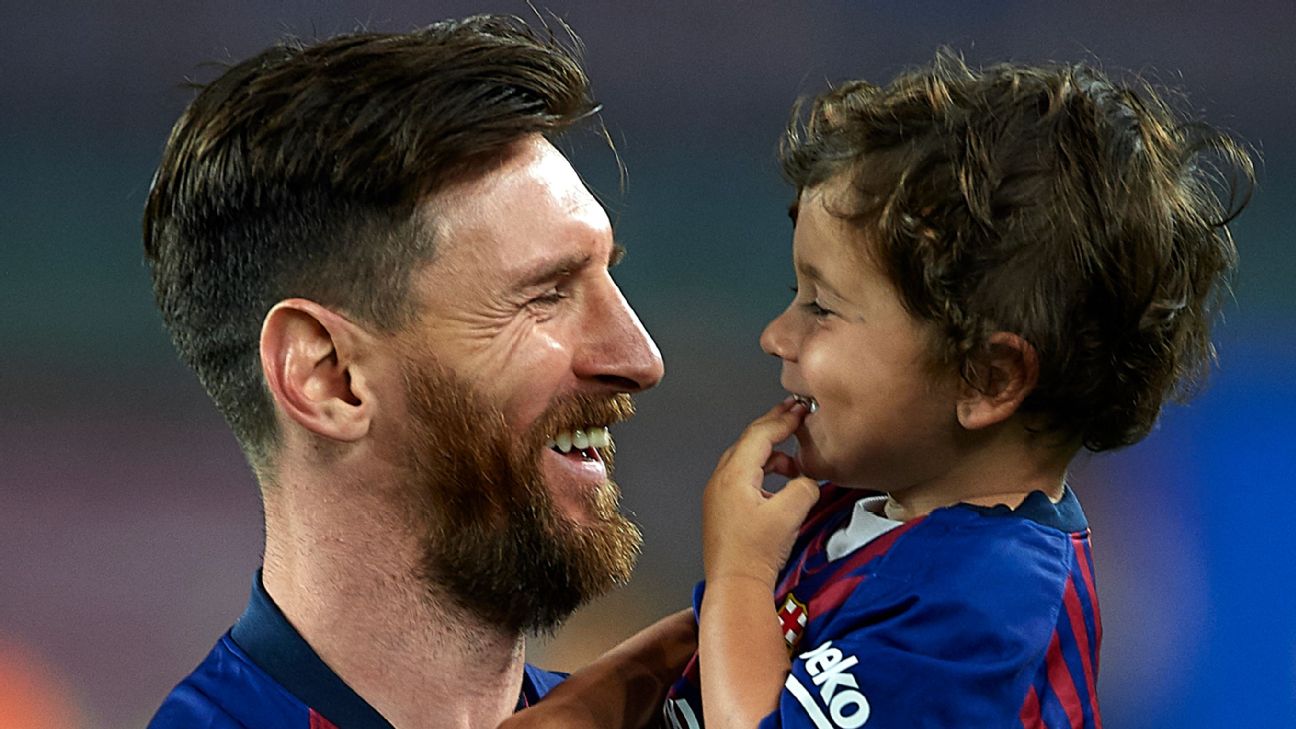 Lionel Messi has revealed that he is regularly taunted by his son Mateo who, despite only being three years old, knows exactly how to wind his father up when it comes to football.

Speaking in an interview with TyC Sport, Messi explained that Mateo likes to goad his father by pretending to play for any team who have recently beaten Barcelona.

“Mateo still doesn’t understand much [about football] but he loves football and he wears all the shirts,” Messi said. “But, for example, the last time we were playing at home and he told me: ‘I’ll choose Liverpool, the ones that defeated you. I’m Liverpool. You are Barcelona and I’m Liverpool!’

“He understands a little, but he doesn’t realise it yet. Just like when we lost against Valencia [and he said]: ‘Valencia defeated you! I support Valencia.'”

“He does it on purpose against his brother,” the Barca and Argentina captain added. “We are watching Madrid, they score, Thiago gets angry, and Mateo goes ‘Gooooal for Madrid!'”

Upon hearing this, Alvaro Arbeloa, one of Messi’s old Clasico rivals piped up to quip that Real Madrid should sign Mateo up as quickly as possible.

Lionel Messi’s very own flesh and blood proudly wearing the white shirt and kissing the badge after scoring at the Bernabeu?

It hardly bears thinking about.

With Argentina preparing for a friendly against Nicaragua this weekend to prepare for the Copa America, Messi and the rest of the squad took time out from their training schedule to try their hands at an altogether different sport.

Indeed, Messi and Sergio Aguero attempted a spot of polo under the guidance of Argentine star Adolfo Cambiaso, who is widely recognised as the best player in the world.

The pair took up their mallets and ably displayed their passing technique though we must sadly report that no horses were involved.

Who knows, with both Messi and Aguero creeping toward their mid-30s, maybe a secondary career in polo beckons?

D’Angelo Russell has his say on GOAT debate

It would appear that Messi has garnered himself yet another big-name disciple in the shape of Brooklyn Nets point guard D’Angelo Russell.

The 23-year-old NBA All-Star visited the Camp Nou recently where he played a little basketball, received a personalised Barca vest and took the time to sing the praises of a certain Argentine maestro.

“I’m a true fan of Messi,” Russell said. “I’ve been following his career for a little while now and I just want to keep supporting one of the greatest of all time.”

Hard to argue with that, really.