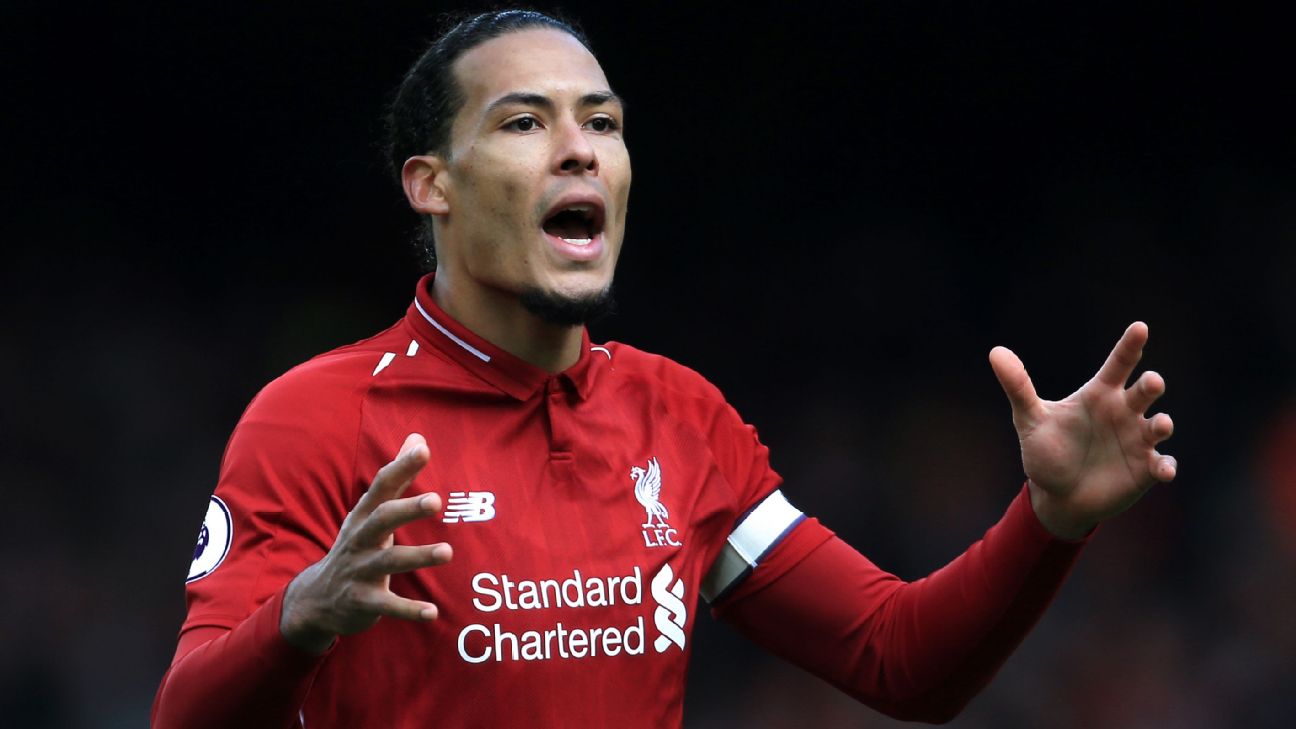 Virgil van Dijk has told Liverpool he wants to sign a new contract with the club, sources have told ESPN FC.

The world’s most expensive defender signed a five-and-a-half-year deal upon his £75 million switch from Southampton in January 2018, but is already enthusiastic about further solidifying his commitment to the Champions League winners.

The 27-year-old made the declaration to the club well in advance of Liverpool’s 2-0 win over Tottenham in Madrid, which saw them add a sixth European Cup — the first trophy of the Jurgen Klopp era.

Given the length of Van Dijk’s deal as well the relentless intensity of the final months of the season, neither party were in a rush to formally begin negotiations. That is still the case with the centre-back now on Nations League duty with Netherlands.

Both Liverpool and the player’s agent, Neil Fewings of Wasserman, are relaxed about the process as there is confidence that terms will eventually be thrashed out with minimal fuss.

Van Dijk is already among the highest earners at Anfield and his status within the squad is reflected by the dressing room selecting him as the third captain behind Jordan Henderson and James Milner. Named the PFA Player of the Season, Netherlands’ captain is expected to be a serious contender for the Ballon d’Or, which hasn’t been won by a defender since Fabio Cannavaro in 2006.

Tying down the standout performer would be a continuation of Liverpool’s policy of investing to keep their core intact and ensuring a pathway is open for their next generation rather than spending blockbuster fees this summer.

Naturally, the club would act if a top target was available on acceptable terms, but the priority has been ensuring continuity in the squad as well as adding depth.

Roberto Firmino, Mohamed Salah, Henderson, Sadio Mane, Joe Gomez, Andy Robertson and Trent Alexander-Arnold have all signed new contracts in the last year, with Joel Matip and Milner also due to be rewarded with fresh terms.

Meanwhile, Klopp could take a year’s sabbatical at the end of his Liverpool contract in 2022 and while the club’s owners are hopeful he will commit to an extension, they are minded not to put pressure on him, sources have told ESPN FC.