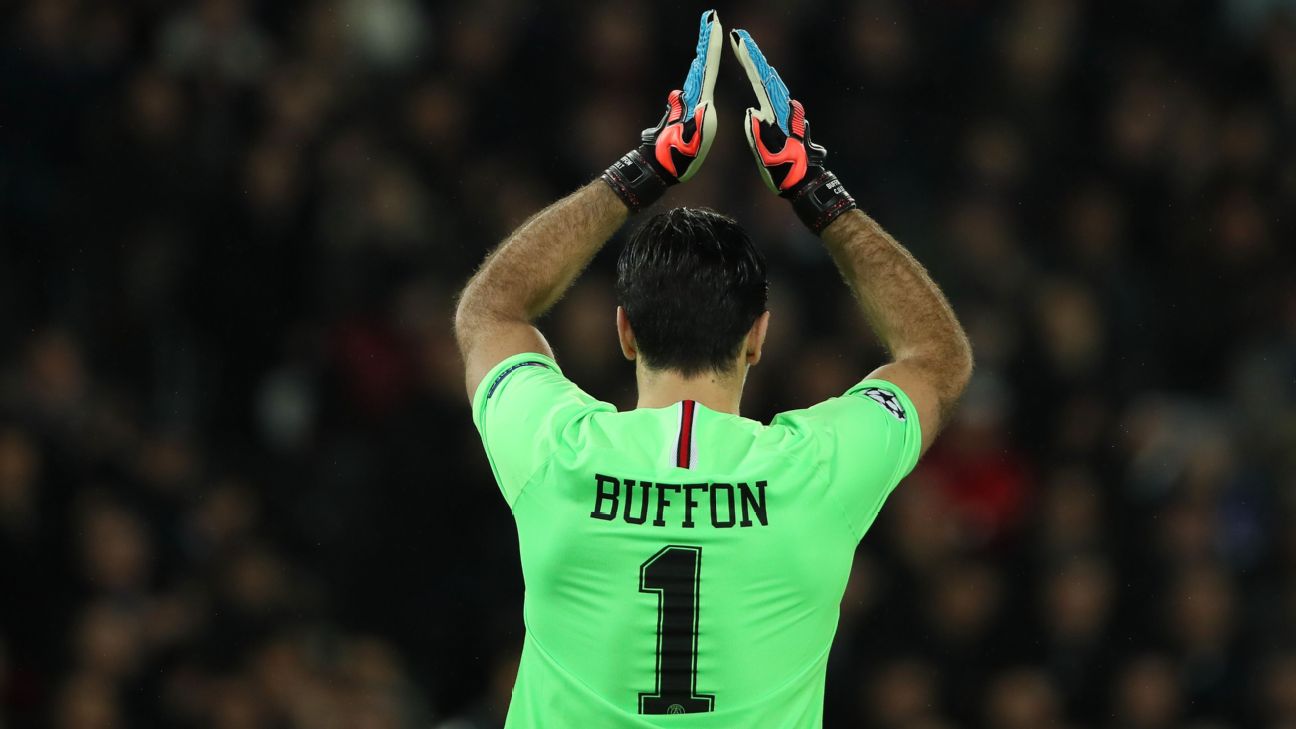 Paris Saint-Germain have said goalkeeper Gianluigi Buffon has left the club after 12 months in Ligue 1.

The former Italy international joined the French side last summer after 17 seasons with Juventus and won the Trophee des Champions and Ligue 1 title.

However, he and PSG suffered defeat in the Coupe de France final, while Buffon was in goal for the disappointing 3-1 home loss to Manchester United in the Champions League round of 16 which saw them bow out of the competition.

“Thank you all for everything I have had the opportunity to experience in Paris,” Buffon said. “Thank you for the emotions that we have shared together.

“Twelve months ago, I arrived at Paris Saint-Germain filled with enthusiasm, welcomed by the incredible warmth of the fans. It was really moving. Thank you, once again, from the bottom of my heart. I leave happy to have enjoyed this experience which has undoubtedly helped me to grow.

“Today my adventure outside Italy comes to an end. I would like to thank the chairman Nasser Al-Khelaifi, the whole club and my teammates. I wish you all the best, convinced that together you will write the pages of a wonderful story. Ernest Hemingway wrote that there are only two places in the world where people can live happily: at home and in Paris. Today onwards, this will also apply to me: Paris, in some way, will always remain my home. — Allez Paris! Thank you and good luck with everything!”

Club chairman and CEO Al-Khelaifi added: “I will never forget the pride that everyone at Paris Saint-Germain, both the club and the fans, felt when they saw Gianluigi Buffon wearing our jersey,.

“For the first time in his fabulous career, Gianluigi had made the brave choice to leave Italy, struck by our ambitious and modern project. During his time at PSG he brought his phenomenal experience and his sense of professionalism not only to his teammates but also to all areas of the club. We will miss his warm and open personality here at the club.

“‘Gigi’ will forever remain among the football giants who have worn the Paris Saint-Germain colours and shared the values of the club. We will be honoured to welcome him again next year, along with other former players, to celebrate the 50th anniversary of our club.”

In total, the 41-year-old made 25 appearances across all competitions.