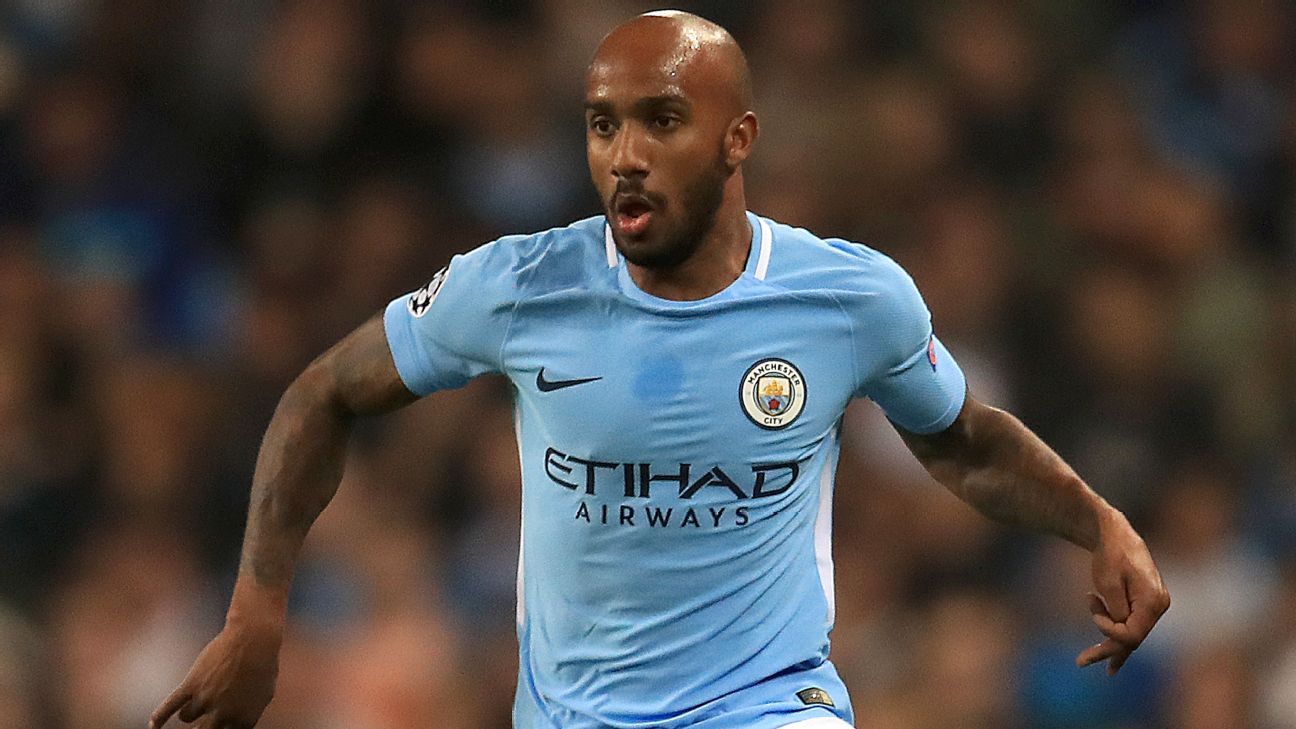 Manchester City will sell Fabian Delph if they get the right price for the England international, sources have told ESPN FC.

City would expect to receive about £15 million for the former Leeds United and Aston Villa midfielder and won’t stand in his way if he decides to leave.

Delph, 29, will be in the final year of his contract next season and has fallen behind Oleksandr Zinchenko in the pecking order with the Ukrainian set to be offered a new deal.

Pep Guardiola converted Delph into a left-back after a cruciate knee ligament injury to Benjamin Mendy and he played a key part in City’s 100-point title-winning season.

But Delph played just 20 times for Guardiola’s side with his last appearance in the Champions League quarterfinal defeat to Tottenham on April 9.

“It’s frustrating for anybody who doesn’t get as much game time as they want,” Delph said. “I’m quite experienced now and very level-headed so my main focus was to help my teammates.

“I always talk about being a team player. I think I’m a really good team player. I had the lads’ back all the way through. I was pushing them in training. I was there, a big voice in the changing room before games.”

Delph joined up with England early ahead of their Nations League clash with the Netherlands on Thursday to get some fitness and admits he faces a dilemma over his City future.

“It’s a difficult one. When I was at Villa and I was captain there, playing week-in, week-out, and I had the opportunity to go to City it played on my mind that I wouldn’t be as pivotal in terms of playing,” he added.

“Initially I didn’t want to go. Then a lot of things happened behind the scenes and I realised I had to go. But I never thought I’d be playing 60 games a season for City. I knew I’d be playing probably half of that if I was lucky.

“I knew that a club with that much power and that many resources would always be flooding players into the team. When you’re playing for a team in the top four, a team that are challenging for everything, it’s all about the squad it’s not about that one player.

“So for me personally it wasn’t about playing week-in, week-out, it was about being part of a fantastic squad and the aim was to win trophies. In the four seasons I’ve been [here] I think we’ve won seven now, so I definitely think I’ve ticked that box.”

The club are unlikely to sign a left-back as replacement even if Delph leaves despite interest in Leicester City’s Ben Chilwell and with Mendy working hard on fitness in Barcelona to ensure he is ready for the new season. However, City may look for a new full-back should Danilo also leave the club with the Brazilian defender also struggling to nail down a regular starting place.

Delph, however, remains a big part of Gareth Southgate’s England plans and says he is focused on trying to win the Nations League rather than thinking about his club future at the moment.

“The [City] squad’s that strong if you manage to come out for a game or two and someone comes in they’re going to do really well,” he said. “So it could have gone differently but nevertheless it’s been a great season, a great learning curve.

LUKAKU DAL 1′ CONTRO LA CROAZIA
TEST DI PRESTIGIO CONTRO L’INTER
You can’t go deep in a World Cup if you can’t score goals; the USA were doomed
Neymar set to return for Brazil against S. Korea
The US accomplished a lot in Qatar, but left everyone wanting more