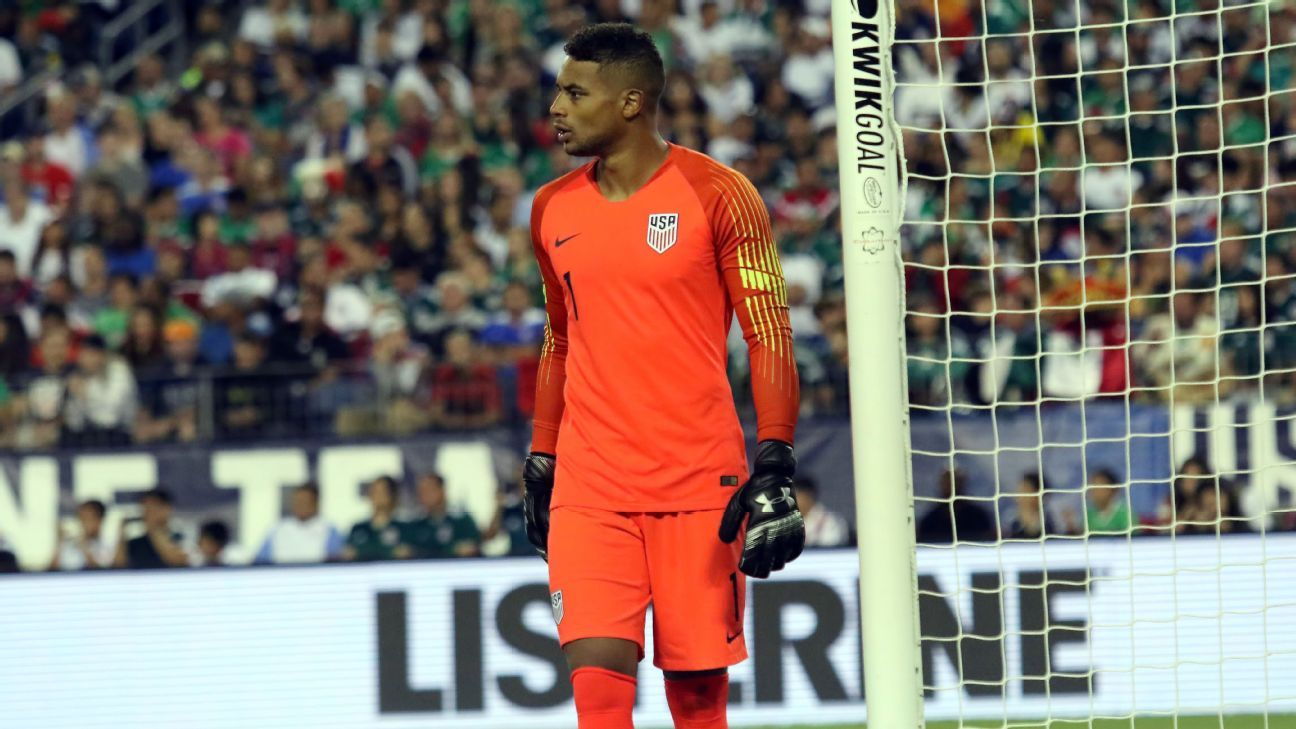 Steffen’s transfer from the Columbus Crew to City becomes official on July 9, and from there is expected to join the German club.

It would be Steffen’s second stint in Germany. He spent 2015-16 with Freiburg, but was limited to 14 appearances with their reserve team. He joined the Crew in 2016 and won the MLS Goalkeeper of the Year award in 2018.

Manchester City signed the 24-year-old in December for a fee between £7 million and £10 million — which would constitute a Crew and MLS record for a keeper. He remained with the Crew with last week’s draw with NYCFC being his last with the club.

As the presumptive No. 1 keeper for the U.S. ahead of the Gold Cup, Steffen said he was nervous and excited for his move from the MLS back to Europe.

“There’s a lot of nerves, a lot of excitement, a little bit of sadness leaving the chapter in Columbus,” he said following Monday’s training session on the campus of the U.S. Naval Academy. “But I’m really focused on the Gold Cup and doing well here, and raising the trophy here, and then I’ll focus on what lies next.”

The U.S. play Jamaica in a friendly in Washington, D.C., on Wednesday and then host Venezuela in Cincinnati on June 9. They begin their Gold Cup campaign on June 18 with group stage matches against Guyana, Trinidad and Tobago, and Panama.