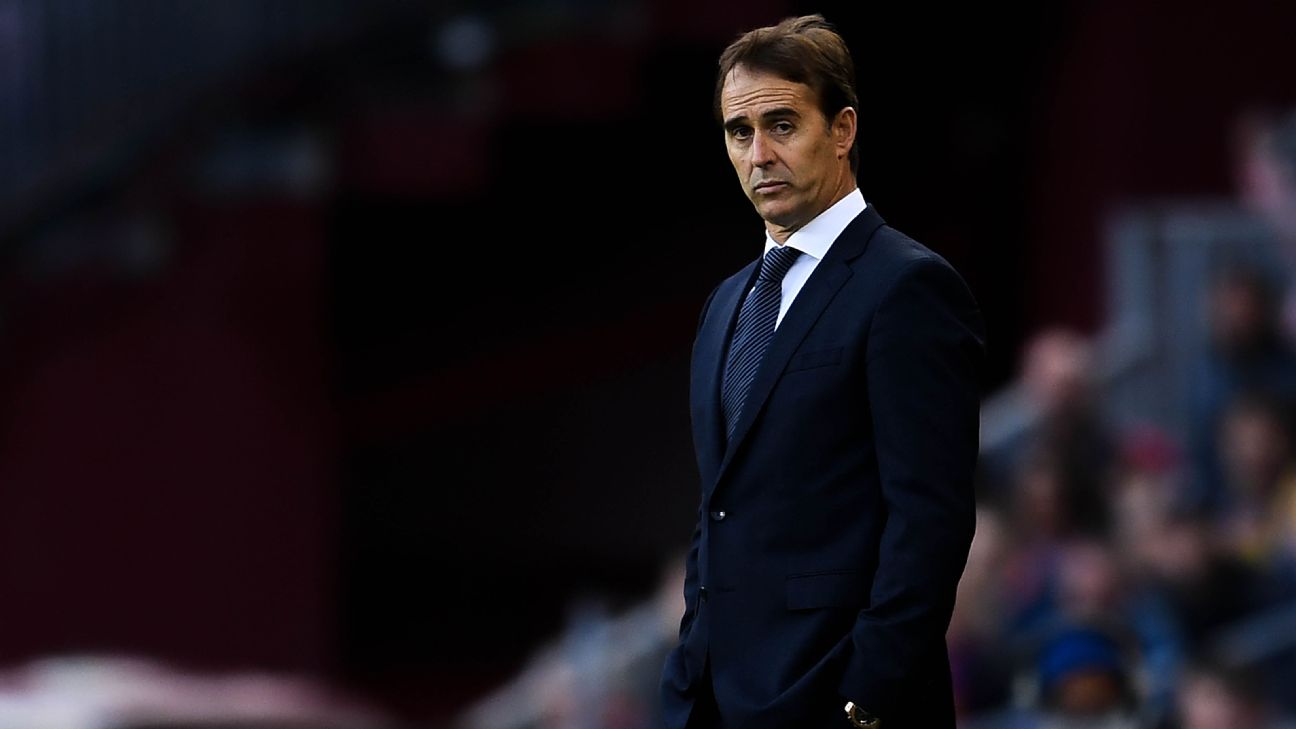 Julen Lopetegui turned down a job offer from the Premier League before joining Sevilla this week, a source has told ESPN FC.

Lopetegui was sacked by Spain on the eve of the 2018 World Cup — one day after agreeing to become Real Madrid manager following that tournament — but spent just 14 games at the Bernabeu before being dismissed again.

The 52-year-old has returned to the game on a three-year deal with Sevilla, but not before giving serious consideration to an offer to manage a team in the Premier League, and also talking to Bayern Munich, the source said.

Sevilla sporting director Monchi made a big effort and eventually succeeded in persuading Lopetegui the best place to relaunch his career after such a difficult spell was at the Ramon Sanchez Pizjuan.

Fans in Seville are notoriously demanding — with former manager Pablo Machin sacked in March despite the team sitting sixth in La Liga. But the source said the backing of the popular Monchi, and with important squad arrivals this summer, Lopetegui feels it is the right opportunity to rebuild his reputation after the disappointing end to his last two jobs.

Lopetegui’s other top flight managerial experience is 18 months with Porto — who he took to the Champions League quarterfinals in the 2014-15 season.

Lopetegui replaced Vicente Del Bosque as Spain boss in 2016, having come close to taking over at Wolves — then in England’s second tier. La Roja were among the favourites for the World Cup in 2018 after an impressive qualifying campaign. However, they were eliminated in the round of 16 with Fernando Hierro in charge.

However, Perez later said he may have acted too hastily, given how the team’s results did not improve under replacements Santiago Solari or Zinedine Zidane.