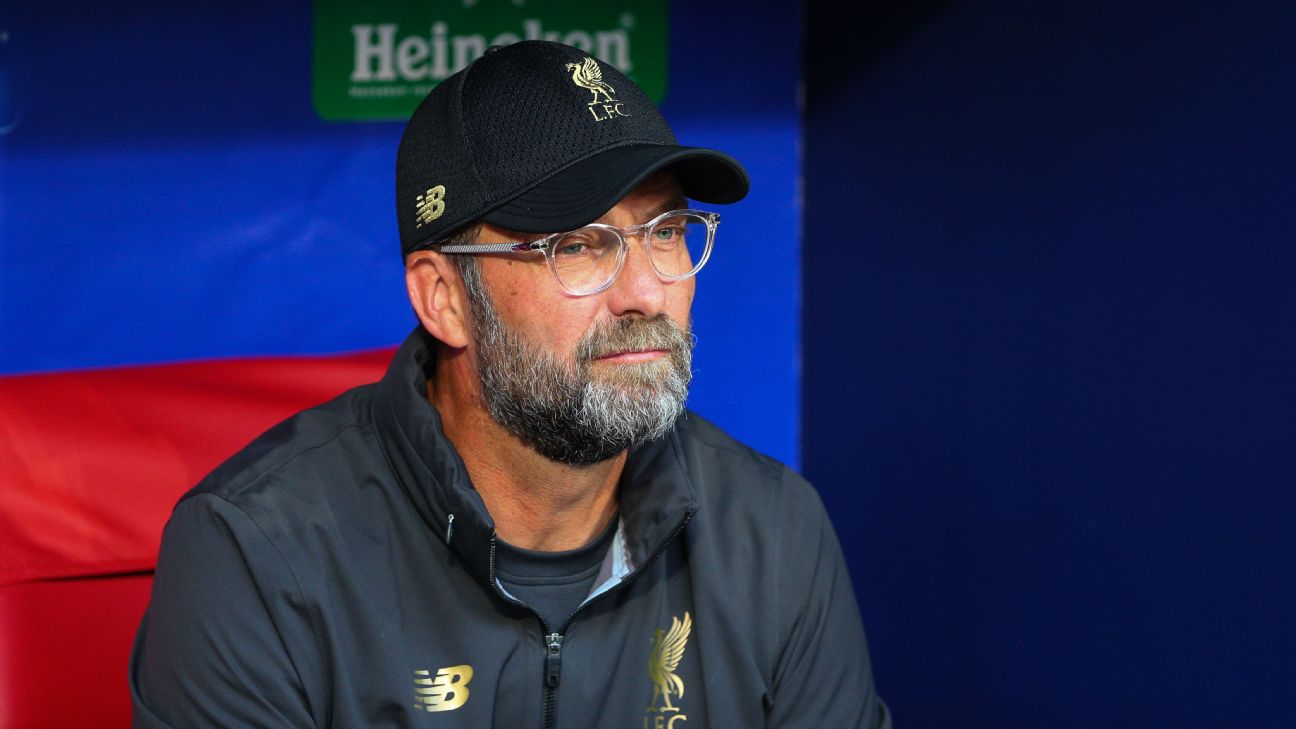 Jurgen Klopp could take a year’s sabbatical at the end of his Liverpool contract in 2022 and while the club’s owners are hopeful he will commit to an extension, they are minded not to put pressure on him, sources have told ESPN FC.

The 51-year-old, who celebrated his first trophy as Liverpool manager with a 2-0 Champions League final victory over Tottenham last Saturday, has repeatedly stated his desire to take a break from the “very intense” demands of management when his contract expires.

It is a matter he has considered with his family, and he has mentioned a 12-month rest period would be his preference in the past.

While owners Fenway Sports Group want Klopp to remain on Merseyside beyond the next three years of his contract, they would not want to put him in the position of turning down a new offer.

Improved terms would therefore only be drafted if the German requested it and he has not yet provided any indication as to whether he has changed his mind on having time out after 2022.

Given the strong relationship between Klopp and FSG president Mike Gordon, who stayed at the manager’s house on Sunday evening after the team’s victory parade, there would not be any formal discussions or a lengthy process if he did decide to extend his commitment.

This is evidenced by how Liverpool handled the six-year contract they gave the Reds boss in June 2016. During a conversation with Gordon, Klopp said he could imagine himself being at the club for the rest of his career. FSG’s president then called principal owner John Henry and chairman Tom Werner before a fresh deal was drawn up in a matter of hours. Klopp, who had been on holiday in Ibiza before ferrying to Formentera, signed it on June 16 — his 49th birthday. The news was only officially announced by Liverpool at the start of preseason the following month.

Guiding the club to a sixth European Cup title in Madrid will not have acted as a spark for FSG to reward the German — they would have offered Klopp a new contract after last year’s Champions League final defeat to Real Madrid in Kiev if he had wanted it. The owners believe that the scale of his influence at Liverpool cannot solely be measured by trophies.

They will have optimism that the former Mainz and Borussia Dortmund coach, who spent seven years at both clubs, indicates he wants to surpass that time at Anfield, where he has been since October 2015.

FSG will, however, respect Klopp’s decision if he wants to stick to his plan of taking a break when his contract runs out.