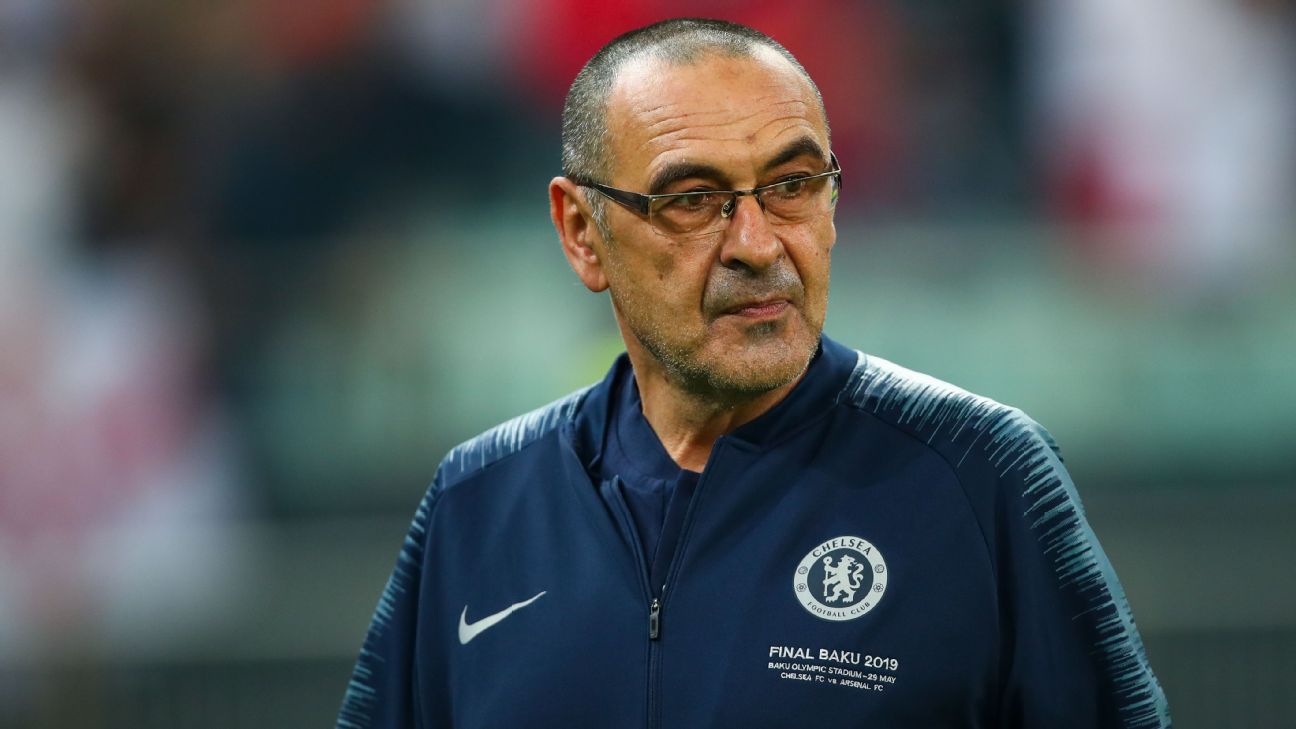 Chelsea boss Maurizio Sarri has said he misses Italy amid speculation he is close to leaving the club for Juventus.

Sources have told ESPN FC that Chelsea are ready to grant Sarri’s request to take over at the Italian champions after Massimiliano Allegri left his post. Despite finishing third and winning the Europa League, the-ex Napoli boss has struggled to win over a large number of Chelsea supporters.

And Sarri has it has not been easy at Stamford Bridge and he has missed his family and friends — who live in the north of Italy — after spending three seasons at Napoli followed by 12 months at Chelsea.

“For us Italians, the lure of home is strong,” Sarri told Vanity Fair. “You feel something is missing.

“It has been a difficult year. I start feeling the weight of my friends being so far, of my elderly parents who I see so rarely. But at my age, I only make professional choices — I won’t be coaching for another 20 years.

“When I go home to Tuscany, I feel like a foreigner. I must have slept there 30 nights in the past few years.”

One of main issues surrounding his potential move to Juventus would be the reaction of Napoli fans, who idolise Sarri after he came so close winning the title in 2018.

Jorginho, who Sarri brought with him from the San Paolo to Chelsea, said the Napoli fans would see his move to Juventus as a “betrayal.”

“The Neapolitans know the love I have for them,” Sarri added. “I chose to move abroad last year in order to avoid joining an Italian side.

“This job can take you down other routes, but it doesn’t change your relationship [with the club]. Loyalty is giving 110 percent while you’re there. What does being loyal mean? And if one day the club gets rid of you, then what?

“Do you remain loyal to a wife who has asked to divorce you? The last flagbearer was [Francesco] Totti — soon we will have none.”