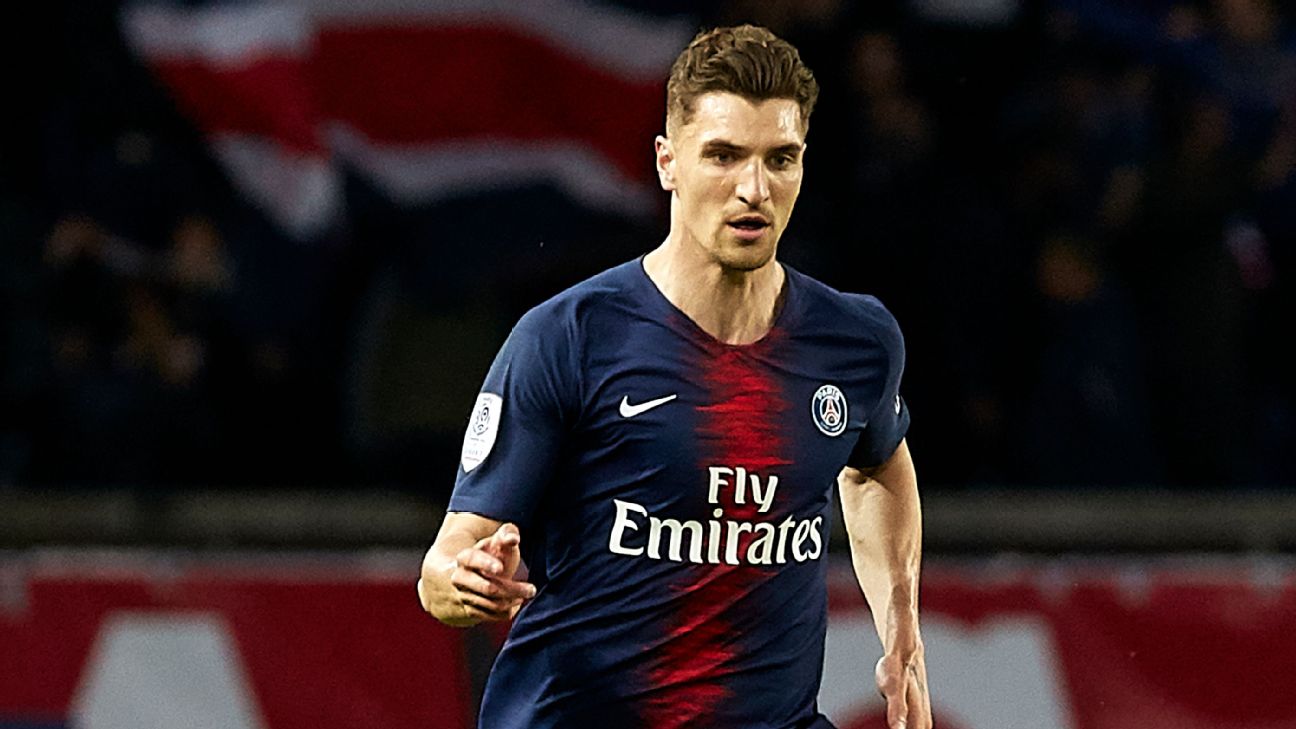 Paris Saint-Germain’s Thomas Meunier has said the Champions League round-of-16 exit to Manchester United earlier this year was the “biggest joke in the history of football.”

PSG won 2-0 at Old Trafford in the first leg but fell to 3-1 home defeat in the return to crash out. The clinching goal was scored from a late penalty awarded by the video assistant referee for a handball by defender Presnel Kimpembe.

And Meunier said this loss was worse than when they threw away a 4-0 first leg lead with a 6-1 defeat at Barcelona in 2017.

“It was the biggest joke in the history of football,” the 27-year-old told Le Parisien. “I would have bet €1 million that we would not lose.

“They did not even have chances and they still scored three goals. It was even more shocking than Barcelona.”

Meunier said PSG’s open focus on European glory has started to create problems because of heightened expectations at the club.

“The Champions League is still the major problem,” the Belgium international said. “Winning this competition and being part of the big ones like Real Madrid and Barca, which is what a lot of international communication has focused on, will take a long time. PSG is a club that is growing.”

Sources have told ESPN FC that Arsenal and Manchester United are interested in signing Meunier this summer, with PSG open to a deal for around €30m.

Meunier is entering the final 12 months of his contract amid a strained relationship with the club’s fans and a lack of playing time.

“I am neither hot nor cold about it [social media criticism from PSG fans],” he said. “Sometimes I have fun with it.

“I have values. When I talk about something, I try to do so as sincerely as possible. It is my world; I am my own person and I will stay this way. The majority of fans support me.”

Meunier is with the Belgium national team for the Euro 2020 qualifiers against Kazakhstan and Scotland.