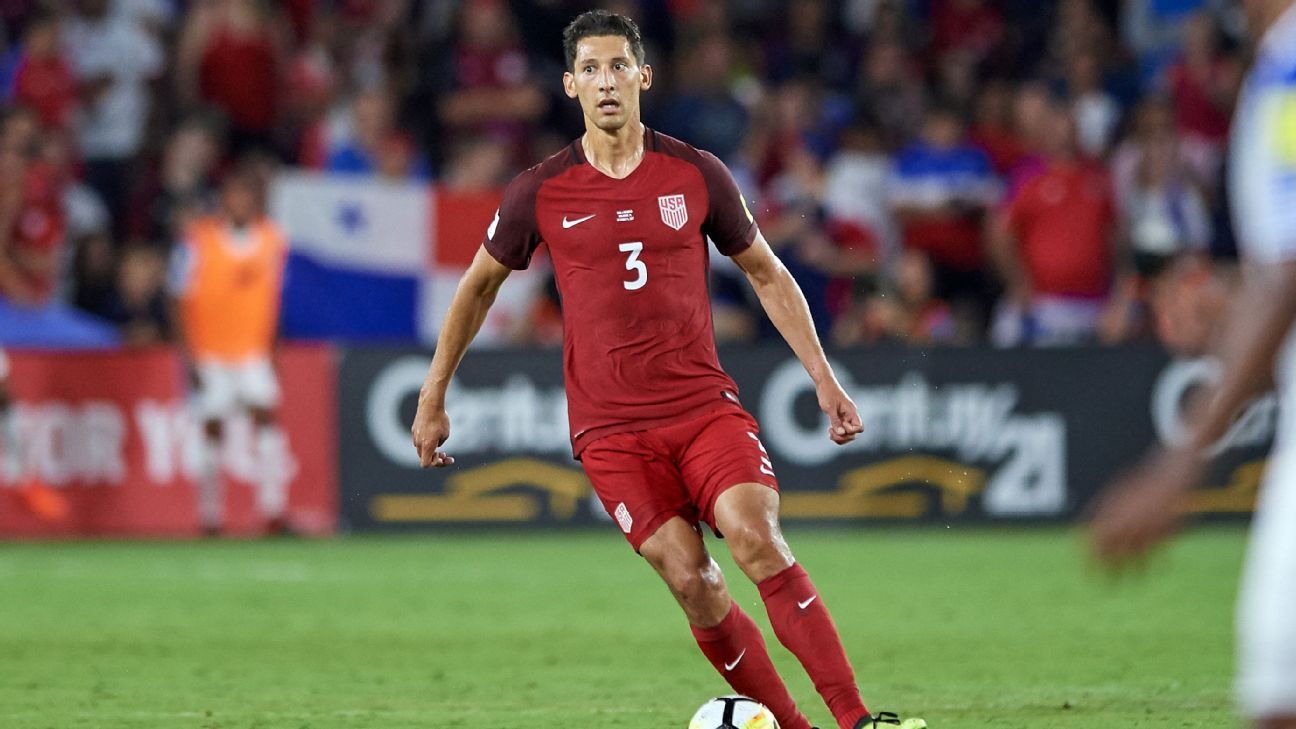 ANNAPOLIS, Maryland — U.S. international defender Omar Gonzalez said the time was right for him to return to MLS, this time with Toronto FC.

Gonzalez’s transfer to TFC from Liga MX side Club Atlas was announced on Monday, bringing his three-and-a-half-year spell in Mexico — first with Pachuca, and later with Atlas — to an end. According to reports, Toronto paid a small fee to Atlas, and then utilized the top spot in the MLS allocation order to obtain Gonzalez’s rights.

The defender will be eligible to begin play when the summer transfer window opens on July 7. He has previously been on the books of the LA Galaxy, helping it claim three MLS Cups and two Supporters’ Shields in seven seasons.

“You always want to go to a place where you’re wanted, and I just felt like the writing was on the wall for me back in Mexico, and that it was just time for me to go,” he said following Tuesday’s training session. “I was extremely happy that Toronto was No. 1 on the allocation list, and showed interest in me, and flew down to come talk to me about the club and everything and how they see their future going, and how I fit into that picture. So it just checked all the boxes for me.”

Gonzalez’s stint south of the border started on a positive note, helping Pachuca claim the 2016 Clausura title as well as the 2016-17 CONCACAF Champions League. But the defender endured some difficult moments in Mexico as well, and towards the end of his time with Atlas, he began to draw the ire of fans.

“The fans there are tough, they’re really passionate about their club,” Gonzalez said. “They booed their captain for six months and then he scored a couple of goals, and then they looked for someone else to boo and it turned out to be me. It’s a tough environment to play, but they love their club, and that’s what makes playing in Mexico pretty neat.

“It was a difficult situation, but at the end of the day, I’ve got to do what I’ve got to do on the field, just ignore those type of things and day in and day out do what I can to help the team. That was my focus there. Throughout it all I think I enjoyed the experience and I wouldn’t change it.”

Now Gonzalez is intent on helping a Toronto side that is in the throes of a six-game winless streak and has conceded 10 goals during that time. The U.S. international is confident he can provide TFC with what it needs.

“[TFC] followed my career, they know I’m a winner, and I could help the backline with the leadership, with the organization, help where needed in the attack, and just really give the team stability in the backline. I hope I can add that to the team, and help to win some trophies.”

McKennie left out of Juve squad amid Leeds talks
Alonso extends Barcelona contract until 2024
Verratti sees red in PSG draw against Reims
Why the transfer window should be abolished: chaos for clubs, a playground for agents
Wrexham could face Spurs in FA Cup 5th round