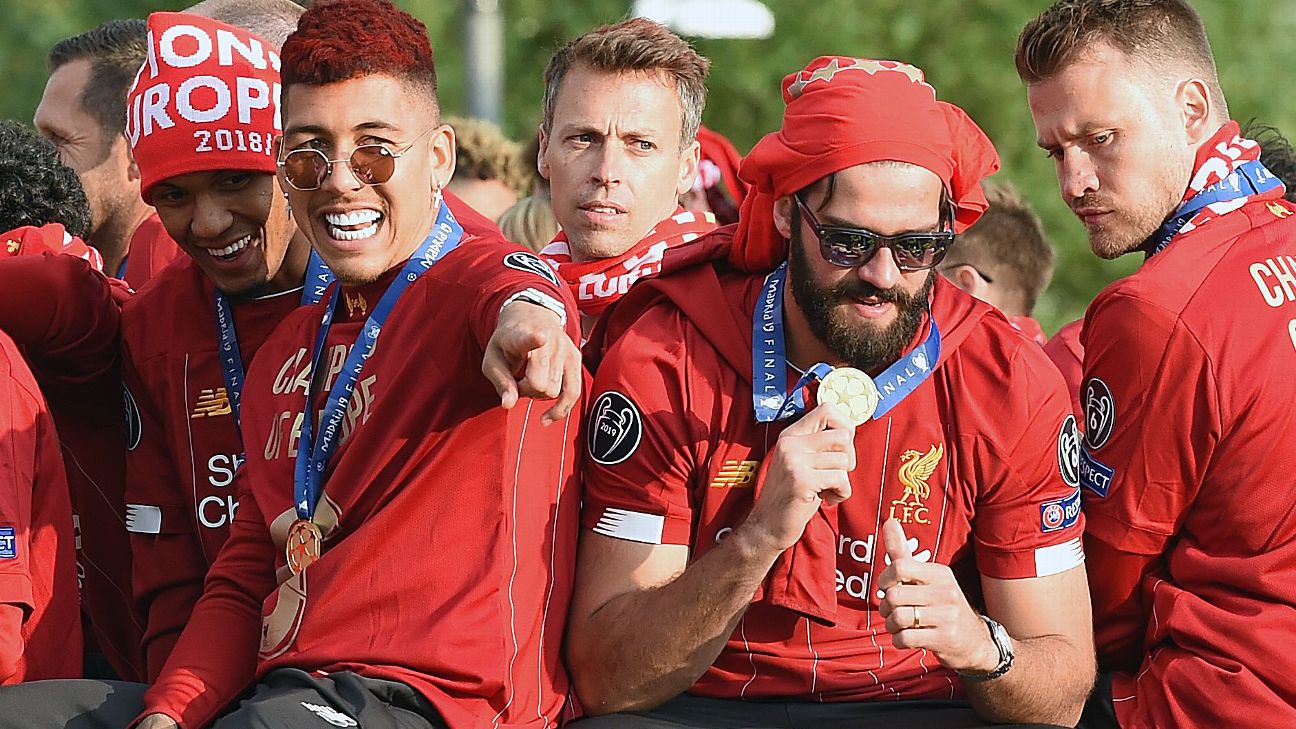 Two of Liverpool’s Champions League winning Brazilians fly home across the Atlantic to join up with the national team as they prepare for the Copa America, which kicks off next week. But Alisson and Roberto Firmino might be making the long journey in contrasting frames of mind.

They will not be back in time to start Wednesday’s warm up friendly against Qatar. The excellent Ederson will be given a chance in goal. Alisson, though, can rest at ease. The final of the Champions League, or at least its last 20 minutes, served as a showcase for his ability and his calm under fire. He is Brazil’s undisputed No. 1.

But the position of Firmino is not so clear — and not just because, rushing back from injury, he was not seen at anything like his best against Tottenham. That centre-forward slot, amazingly, continues to be a headache for Brazil.

Going into the World Cup, it appeared that Gabriel Jesus had provided the solution. Come Russia 2018, though, his form had slumped. Coach Tite later regretted not dropping him earlier.

Over the course of the past season, then, Firmino has been promoted. In six of Brazil’s eight post-Russia friendlies, the Liverpool man has been first choice. So far, though, this has not improved matters. Brazil’s football, as coach Tite confesses, has been disappointing. The parts have not fitted together — and that especially applies at centre-forward.

Firmino, of course, is nothing like a traditional target man No. 9. At Liverpool, he functions wonderfully well as part of a front three, often dropping deep to combine while Mohamed Salah and Sadio Mane use their pace to run beyond him.

Brazil have not yet been able to knit his virtues into the team structure. Firmino has come deep without combining effectively with Neymar and Co., leaving a lack of penalty area presence in front of him — a problem for which Richarlison, cutting in from wide, has looked the most likely solution.

Tite was anxiously looking forward to sorting this out with time on the training ground at the end of the regular European season. This was the prolonged period of work needed to blend Firmino into the collective context. But then Liverpool staged that astonishing comeback against Barcelona and made it through to the final of the Champions League — and so while Brazil have been training, Firmino has been absent on important business. Gabriel Jesus, then, will lead the line against Qatar this Wednesday, and, with a strong end to the season, has a chance to win back his spot.

There is a possibility, though, that both can play in the same line up. Tite is considering a tweak to his tactical formation which could open up the space for Firmino to operate behind Gabriel Jesus.

Some would see the formation that Brazil have used in Tite’s near three year reign as a 4-3-3. The coach himself would prefer to see it as a 4-1-4-1, emphasising the team moving backwards and forwards as a block. But in the last match, away to the Czech Republic in March, Brazil found themselves in real problems.

The Czechs poured through the middle, and holding midfielder Casemiro found himself over-run. Tite’s response was to drop another player deeper to form a conventional 4-2-3-1. This solidified the midfield marking, and a consequence could be that it frees one of the players ahead to be less of a midfielder, more of a support striker.

The beneficiary of this switch could be Philippe Coutinho, who seems set to start on Wednesday. Support striker is surely a more natural position for him than playing as part of a central midfield trio. But can he shake off his disappointing Barcelona form? Breathing down his neck is Lucas Paqueta of Milan, who will hope to come off the bench at some point in the Qatar game.

But it is also a role that could well suit Firmino. The Liverpool striker can drop deep safe in the knowledge that the space in front of him is occupied, and during the course of a game there are also the chances to confuse the opposing defence by swapping positions with Gabriel Jesus.

Firmino’s return has come too late for Wednesday’s game against Qatar. But it might be worth Tite having a look at Firmino and Gabriel Jesus together in Sunday’s final warm up match against Honduras. And so Firmino, along with Alisson, can dream of ending the season on a double high, champions of Europe and of South America.

Neymar the catalyst as Brazil produce classic World Cup display performance
Follow live: Messi, Argentina face Dutch in quarterfinal showdown
Ronaldo’s latest row with his coach is nothing new; he has a long history of them
POKER NERAZZURRO CONTRO IL SALISBURGO
England’s Sterling ruled out due to ‘family matter’