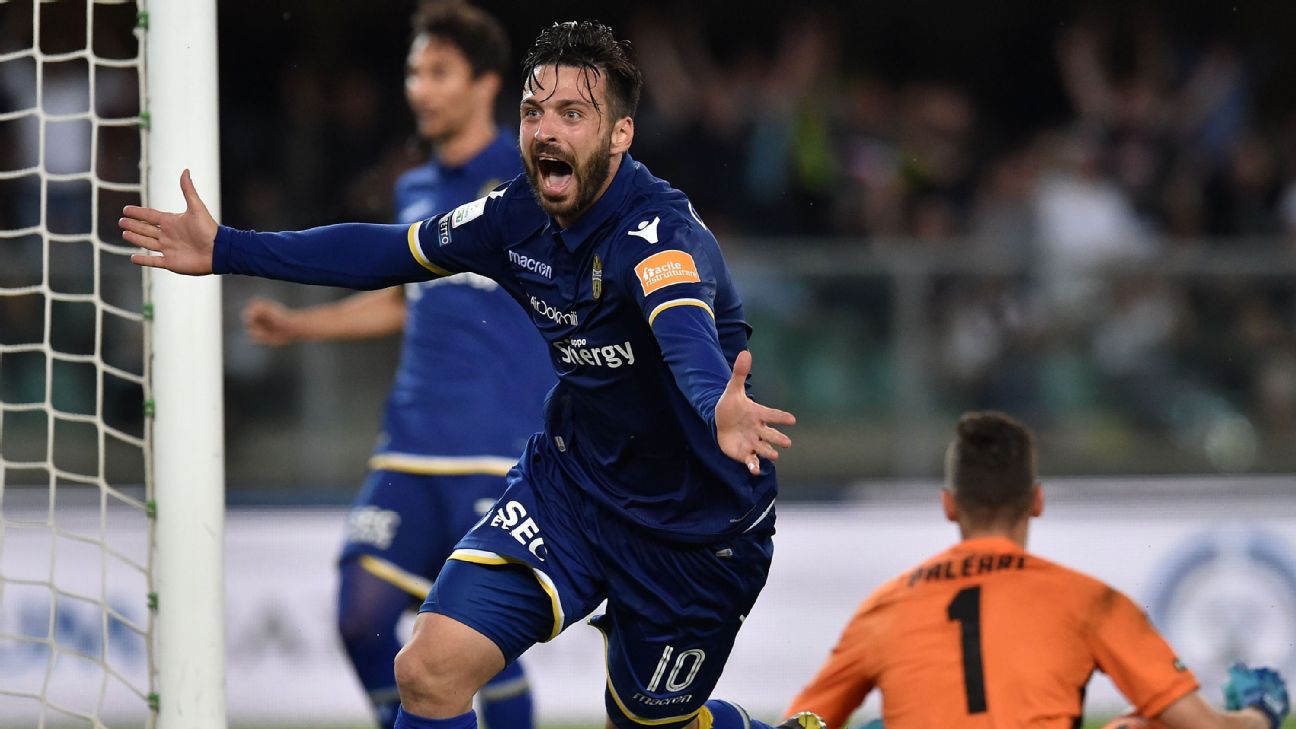 Hellas Verona will be back in Serie A next season after a one-year absence after beating nine-man Cittadella 3-0 in the second leg of their promotion playoff on Sunday to win 3-2 on aggregate.

Cittadella had been hoping to earn promotion to the top flight of Italian football for the first time in their history after winning Thursday’s first leg 2-0.

However, Mattia Zaccagni got Verona firmly back into the playoff in the first half and Samuel Di Carmine doubled his side’s lead in the 69th minute, shortly after Cittadella midfielder Luca Parodi had been sent off for a second booking.

That result would have seen Verona promoted as they finished the regular season fifth, a point ahead of seventh-place Cittadella. In the event of a draw, away goals do not count, there is no extra time and the side that finished in a higher position earns promotion.

Cittadella went down to nine men in the 77th when midfielder Federico Proia was also shown a second yellow card and Karim Laribi scored a third goal six minutes later.

The other promoted sides are Serie B champion Brescia and runner-up Lecce.