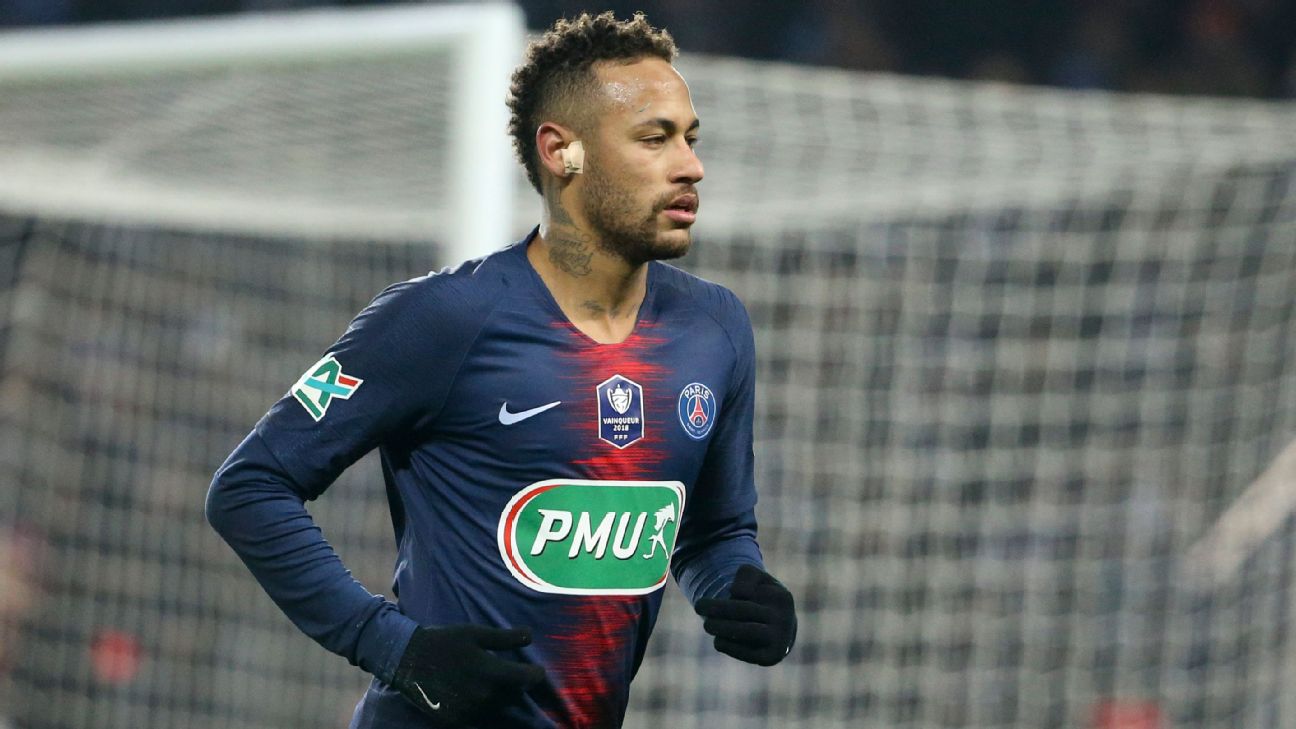 Neymar has been accused of raping a woman in Paris last month, according to a Brazilian police document.

Following the revelation on Saturday, the superstar player published a 7-minute video on Instagram that included a long WhatsApp conversation he says he exchanged with the accuser in a friendly way days after the alleged incident.

Neymar called the accusation “a setup” and insisted it is an attempt of extortion against him, echoing thoughts his father and agent expressed earlier Saturday on Brazilian television.

According to the document, obtained by ESPN Brasil, the unidentified woman said the alleged assault took place on May 15 at 8:20 p.m. local time in a hotel. The woman reported it to Sao Paulo police on Friday.

The woman told police that she and Neymar met in France, where he plays for Paris Saint-Germain, after exchanging Instagram messages. She said a representative of his named Gallo bought her tickets to Paris and booked her a hotel room.

She said Neymar arrived “apparently drunk” at the hotel and described to police that they “touched each other, but in a given moment, Neymar became aggressive and, with violence, had sexual intercourse against the victim’s will.”

The report also states the woman left Paris two days later and that she did not file her complaint in Paris because she was shaken.

According to the police document, the woman was to go through medical examinations as part of the investigation.

The Paris police and the city’s prosecutors’ office said through spokesmen that they were unaware of any complaint.

Neymar said his Instagram video that he fell in a trap and will learn from the incident.

“There was a relationship between a man and a woman between four walls. On the next day nothing happened,” the striker said. “I hope investigators read the messages and see what happened.”

Neymar’s father and agent, Neymar Sr., defended his son on Saturday on the Brazilian television station Bandeirantes. He said Neymar had consensual sexual relations with the accuser and was blackmailed by her lawyer after they broke up.

“This is a tough moment. If we can’t show the truth quickly, it will be a snowball. If we have to show Neymar’s WhatsApp messages and the conversations with this lady, we will,” he said.

Neymar Sr. said he has evidence that his son was blackmailed, including pictures and witnesses, though he did not show either in the interview. He also said Neymar is already preparing his defense for a legal case if needed.

Neymar, 27, is in Brazil preparing with the national team for the Copa America, which starts next week. Brazil players had a day off Saturday. Neymar left the training ground with other teammates in his helicopter earlier in the day.

“I know that my son can be accused of many things, but I know the boy that he is, the man that he is, the son of a father and a mother,” Neymar Sr. said. “We will push for justice to be served as quickly as possible.”

The accusation adds to a growing list of recent controversies surrounding Neymar, who finished third in the Ballon d’Or as the world’s top player in 2015 and 2017.

One week before the accusation of rape became known, Neymar lost Brazil’s captaincy for the Copa America to veteran Dani Alves. Tite, the national team manager, did not lay out the reasons for the move, but he was under pressure to punish Neymar for his recent disciplinary problems at PSG. After PSG lost the French Cup final to Rennes on April 27, Neymar had an altercation with a fan and publicly criticised teammates he didn’t name for not listening to him enough.

Neymar has also been sidelined by another metatarsal injury, the same problem that affected his performances in the last World Cup, a tournament he prefers to forget because of an image disaster caused by his constant diving. Brazil’s fitness coaches say he will be in better shape once the Copa America tournament begins.

Off the pitch, Brazilian fans’ love for the player has also been stained following his showing of support to far-right Brazilian President Jair Bolsonaro, who has made a series of racist, misogynistic and anti-gay statements. Brazilian media reported his father had met Bolsonaro and Economy Minister Paulo Guedes to discuss the player’s tax problems.

Information from The Associated Press was used in this report.