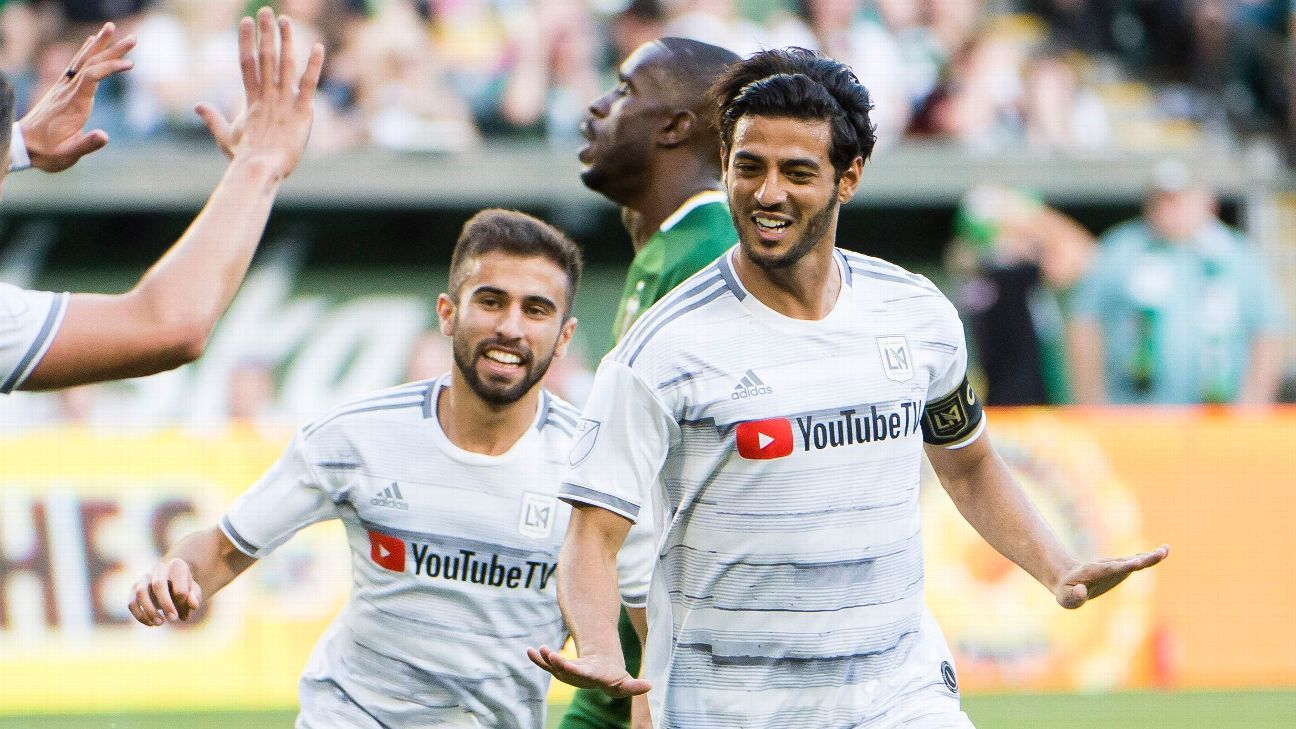 Carlos Vela scored in the sixth minute and visiting LAFC went on to spoil the Portland Timbers’ welcome-home party with a 3-2 victory on Saturday, extending their unbeaten streak to eight games.

Diego Rossi added a first-half goal and Latif Blessing scored in the second half as LAFC improved its MLS-best record to 11-1-4 (37 points).

The Timbers were playing their first home game of the season following an MLS record 12-game road swing. The schedule was devised to allow the Timbers to put the finishing touches on an $85 million expansion that added 4,000 seats.

Tempers flared in the closing minutes, with LAFC’s Adama Diomande and Portland’s Brian Fernandez earning yellow cards in a skirmish between the teams near the midfield sideline.

Cristhian Paredes delivered the Timbers’ first goal in their new-look park, blasting home a shot from point-blank range just 45 seconds into the second half. Paredes’ second of the season came after LAFC goalkeeper Tyler Miller made saves on two hard shots from Fernandez.

Fernandez added his fourth of the season for the Timbers (4-7-2, 14 points) in the 84th minute. Fernandez was in his third game with the Timbers after he was signed as a designated player on May 6 from Necaxa in Mexico.

Vela pounced on an early errant outlet pass from Timbers goalkeeper Jeff Attinella, stealing it 30 yards to the right of the goal before moving into the penalty area unmarked and scoring with a quick left foot.

Vela’s goal at least temporarily silenced the early buzz from the crowd of 25,218 as he scored his league-leading 16th goal of the season.

Rossi scored his eighth of the season less than 30 minutes later. Tristan Blackmon delivered a centering pass near the penalty spot, and Rossi moved in from the left side to deliver a right-footed shot past Attinella.

Vela was also credited with an assist on Rossi’s goal, making him the fastest player in MLS history with 16 goals and 10 assists in a season.

Blessing scored his second of the season from the edge of the 6-yard box, redirecting a long entry pass from Jordan Harvey.