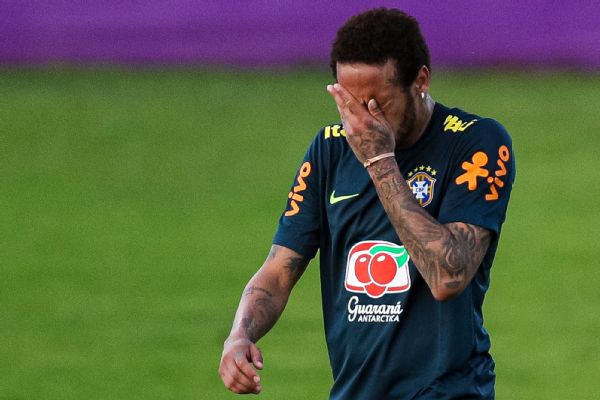 Police in Brazil are investigating soccer star Neymar’s video disclosure of a woman who has accused him of rape.

Neymar was accused in Brazil on Friday of raping a woman in Paris last month. Neymar plays professionally for Paris Saint-Germain.

In addressing the accusations in a seven-minute Instagram video Saturday, Neymar showed private communications between him and the woman that included intimate images of her.

“The Office for the Investigation of Cyber Crimes (DRCI) will investigate the alleged video disclosure by the player Neymar,” the Civil Police told ESPN Brazil. “The 110th precinct has already taken steps to assist in this investigation.”

Neymar may have violated Brazilian law that deems it illegal to “offer, exchange, provide, transmit, sell or exhibit for sale, distribute, publish or divulge, by any means — including mass communication or computer or telecommunication — photograph, visual or other audiovisual record containing a scene of rape or of vulnerable [people] or that makes an apology or induces its practice, or, without the victim’s consent, sex scene, nudity or pornography.”

If found guilty, Neymar could face up to five years in jail. He has called the rape accusation against him a “setup” and an extortion attempt.

Police in Rio appeared Sunday at the Brazilian national team’s training camp headquarters where the team is preparing for the Copa America.

Neymar Sr., who also serves as his son’s agent, appeared on Brazilian television Saturday and said he has evidence that his son was blackmailed, including pictures and witnesses, though he did not show either in the interview. He also said Neymar is preparing his defense for a legal case if needed.

The woman told police that she and Neymar met in France after exchanging Instagram messages. She said a representative of his named Gallo bought her tickets to Paris and booked her a hotel room.

She told police that Neymar arrived “apparently drunk” at the hotel and described to police that they “touched each other, but in a given moment, Neymar became aggressive and, with violence, had sexual intercourse against the victim’s will.”

The report states the woman left Paris two days later and that she did not file her complaint in Paris because she was shaken.

“There was a relationship between a man and a woman between four walls,” Neymar said in the video. “On the next day, nothing happened. I hope investigators read the messages and see what happened.”