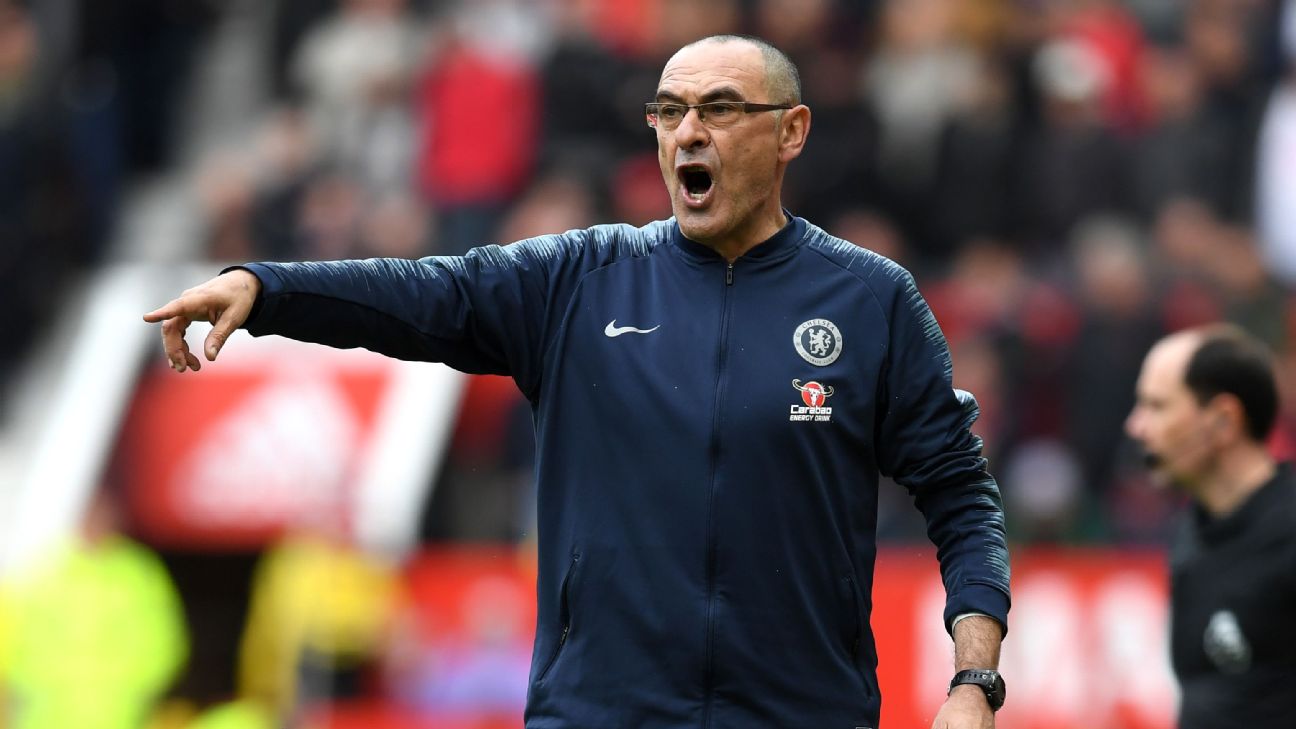 Sarri is understood to have told director Marina Granovskaia on Friday that he wanted to return to Italy and succeed Massimiliano Allegri, two days after the 4-1 win over Arsenal in the Europa League final – his first major trophy.

– Miller: Chelsea’s season a success, but doesn’t feel like one

Sources told ESPN FC that Chelsea would not have been inclined to sack Sarri even if his side had lost in Baku, but were open to letting the head coach leave if he indicated a desire to do so and another club made an official approach to buy him out of his contract.

Sarri signed a two-year deal with an option for a third when he joined Chelsea from Napoli last summer, and compensation in the region of £5 million would be expected.

Chelsea’s readiness to lose their coach is in part due to him having proved a divisive figure among fans despite leading the club to third place in the Premier League and two cup finals in his first season in England.

Details of Sarri’s move to Juventus remain to be finalised, but Chelsea will step up the search for candidates to succeed him.

Reports in Italy have mentioned Allegri as a potential option, while Chelsea gave Laurent Blanc significant consideration before appointing Sarri.

Frank Lampard is also likely to be considered after his promising first season in management at Derby, where his work developing Chelsea loanees Mason Mount and Fikayo Tomori impressed at Stamford Bridge.

However, the uncertainty surrounding Chelsea’s appeal against a two-window transfer ban could hinder their ability to attract high-profile names, while playmaker Eden Hazard is widely expected to move to Real Madrid.

Ronaldo’s Portugal role ‘to be defined’ – Santos
Luis Enrique out as Spain boss after Morocco loss
JAJALO RISPONDE A NDZENGUE, 1-1
Sources: Pele had COVID before going to hospital
Follow live: Morocco looks to secure their first-ever quarter-final appearence as they take on Spain in round-of-16 match