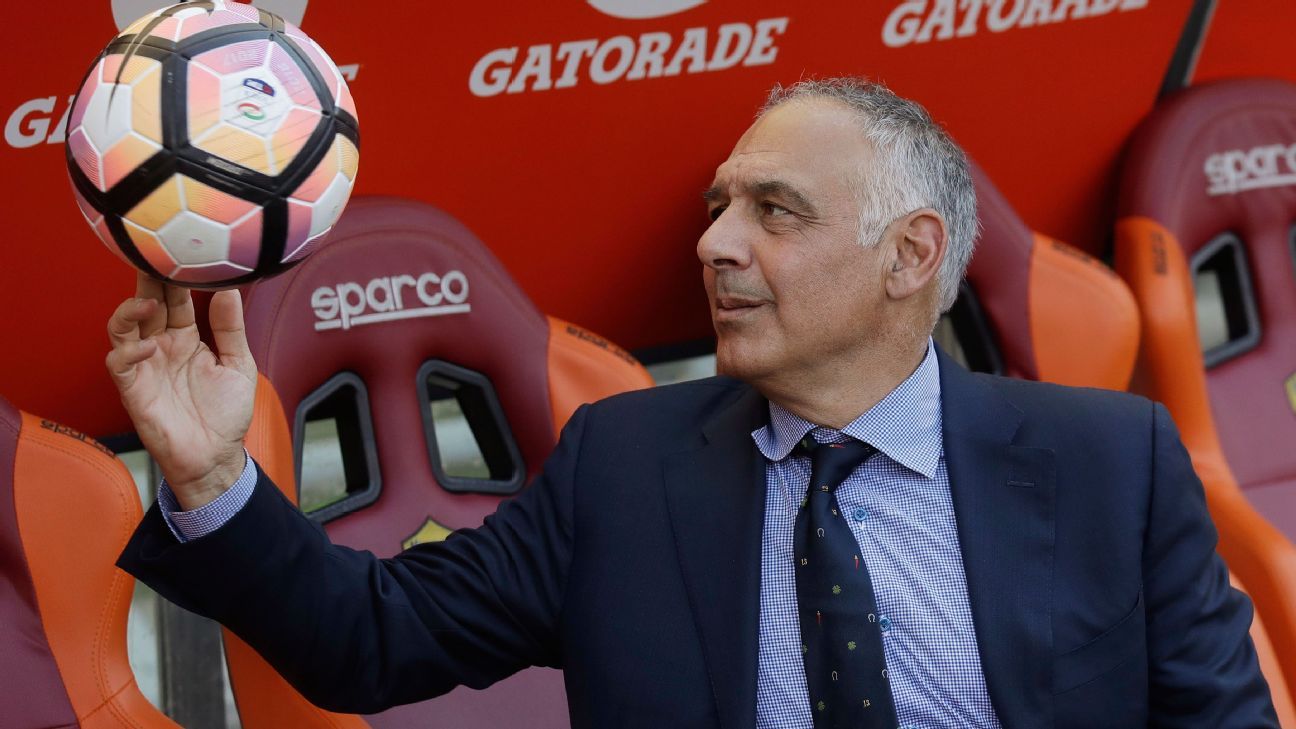 AS Roma president James Pallotta has admitted in a brutally honest open letter that the club’s season was a “complete disaster” but defied his critics by saying he would not standing down.

Roma fell far short of expectations as they finished sixth in Serie A and were beaten in the Champions League round of 16 by Porto. Coach Eusebio Di Francesco was sacked after that elimination in March and sporting director Monchi also left.

Roma, currently without a coach, have not won a major trophy since Pallotta, among the U.S. investors who took over the club in 2011, became president in 2012.

He said the team’s lack of success was a “major regret,” adding that nobody “has been more disappointed, more depressed or more upset with how things have gone at Roma over the last 18 months than I have been… Last season for me was a complete disaster.”

The coach, he said, he been handed an unsuitable squad.

“The team simply didn’t fit well together with the system that Di Francesco wanted to play,” said Pallotta. “He was clearly put in… a tough position this past year and was collateral damage. That’s something that we all regret.”

Roma fans were infuriated when the club decided not to offer stalwart midfielder Daniele De Rossi a new contract, forcing him out after 18 seasons, but Pallotta said he could not afford to risk the 35-year-old getting injured and leaving the side short of options in a key area.

“While I would love to have Daniele on the team, you only have two [defensive midfielders] and if one gets hurt, Roma is screwed. It’s just as simple as that.”

Palotta added: “We may have had some differences of opinion on how his playing career at Roma has ended but I’m not going to get into that in the public domain; that’s between Daniele and myself.

“Daniele was emotional but he’s emotional because he cares and has cared about Roma forever. He plays with his heart – we’ve seen it for 18 years with Roma and on the world stage with Italy. He shows his emotion in the locker room, that’s what made him a great captain, and I firmly believe that whatever Daniele has ever done, it has been for the betterment of the club.”

Pallotta also addressed the decision to sell forward Mohamed Salah and goalkeeper Alisson, who have both gone on to thrive at Liverpool.

He said the Egyptian wanted to prove himself in the Premier League, while Alisson was sold because Roma needed to comply with UEFA’s break-even rule known as Financial Fair Play.

Responding to his critics, Pallotta said he could “take the beatings” but would not accept attacks on his family.

“What I think is disgraceful and despicable, and certainly not representative of Roma and our fans, are the hundreds of people who have [insulted] my sisters,” he said.

“Unfortunately for [those critics], I’m not going anywhere. All we care about is building a great and successful Roma.”