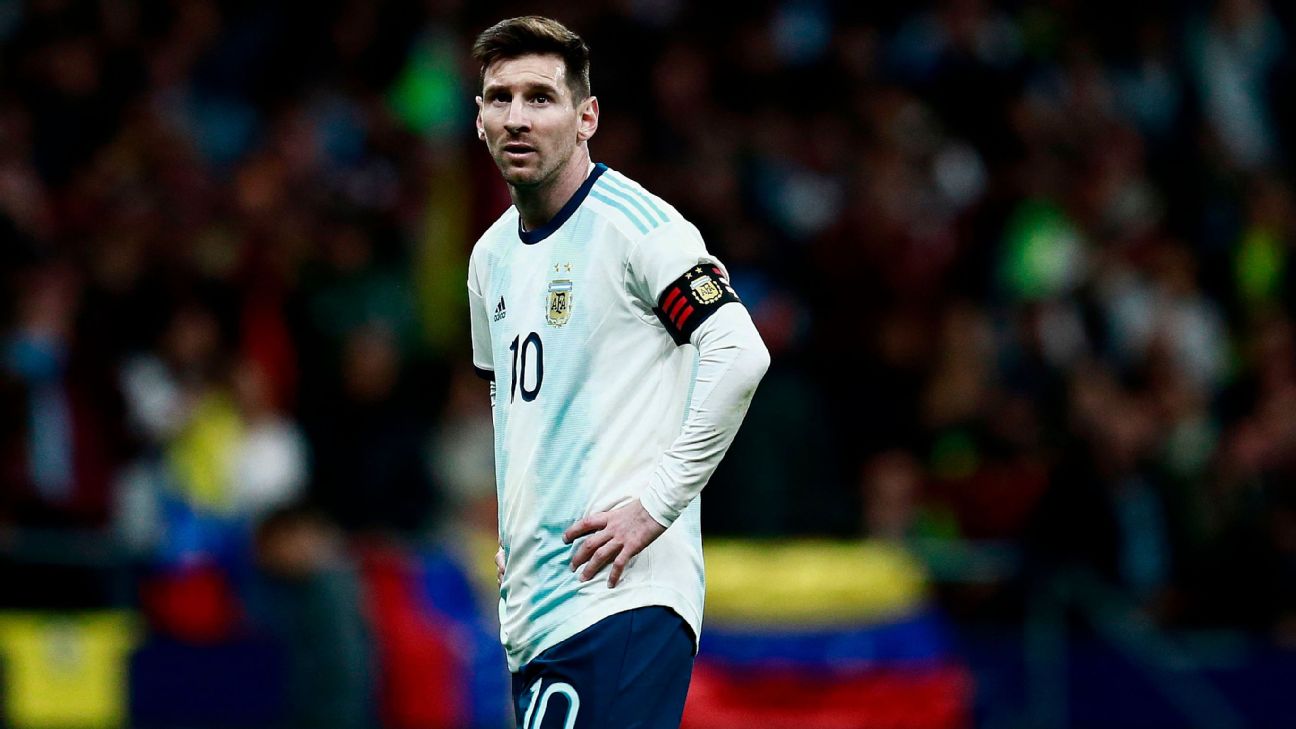 Argentina captain Lionel Messi has said he is unsure if he will represent his country at the 2022 World Cup in Qatar.

Messi has played at four World Cups with Argentina, and was named the tournament’s best player in 2014, but the 31-year-old admitted he does not know if he will be fit enough for the rigours of a fifth tournament in three years’ time.

– Watch Copa America live on ESPN+
– When is the Copa America? All you need to know
– Obama’s motivational message for Messi

“I don’t know if I’ll be in the next World Cup,” he told Fox Sports Argentina. “I’ve got to see if my body holds up.

“A lot of things can happen, I hope I don’t have any serious injuries.”

Messi won Olympic gold for Argentina in 2008, but the best he has achieved at senior level over the course of his 129 caps is finishing as runner-up at the 2014 World Cup and the 2007 Copa America.

The Barcelona star will be part of the Albiceleste‘s squad at this year’s Copa America, in which the triumph in 1993 was their last major trophy.

“I want to finish my career having won something with the Argentine national team, or if not having tried as many times as possible,” Messi said.

“I do not want to be left with the feeling that it did not happen and I let opportunities pass by.”

Messi took an extended break from the national team after their elimination in the round of 16 at the 2018 World Cup, returning in a friendly against Venezuela in March.