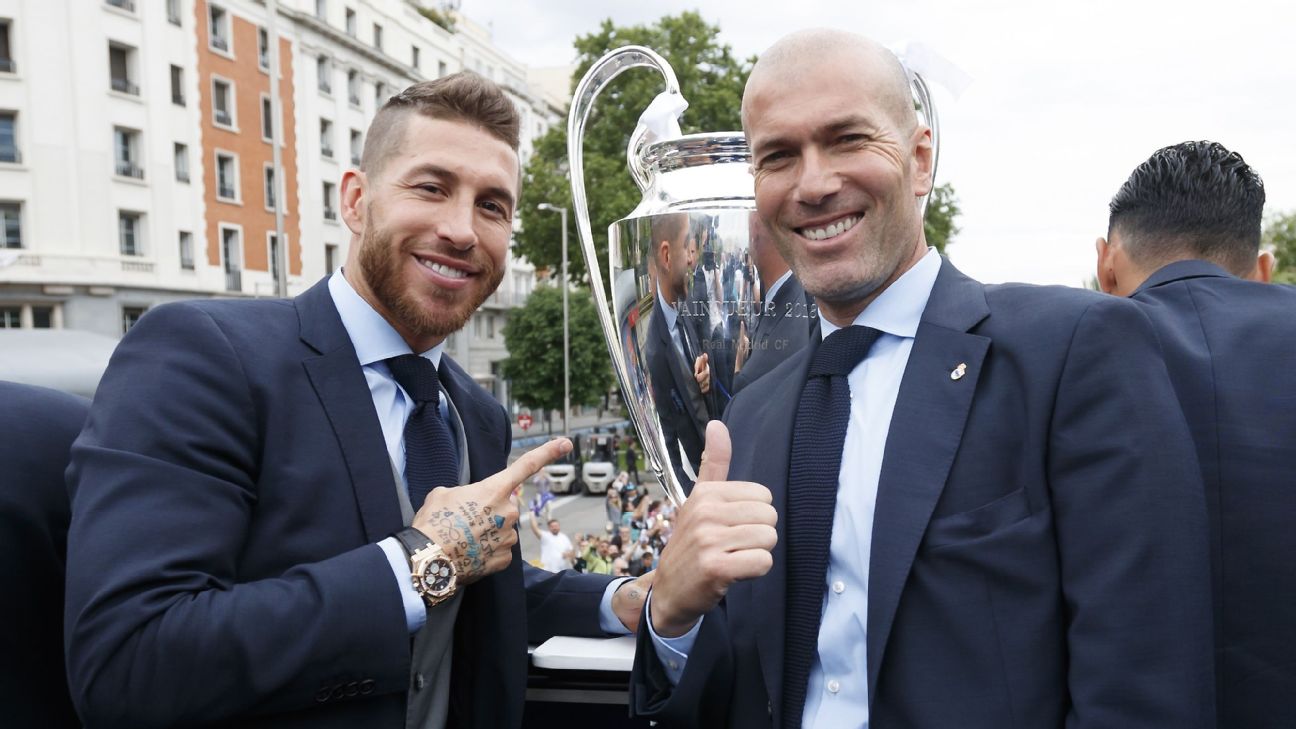 The Spain international, 33, had seriously considered leaving the La Liga side last week due to his disagreements with president Florentino Perez but Zidane played a major role to help reduce the tension between the pair and convinced Ramos to stay with Los Blancos for at least one more season.

Ramos held an unexpected press conference on Thursday where he put an end to speculation surrounding his future and made his decision to stay public.

Reports surfaced last week that Ramos was looking to leave the club and a source told ESPN FC he reacted furiously to this as he was put in a difficult position with the Madrid fans given it was interpreted by some as a new strategy from Ramos’ camp to get a salary rise.

And Ramos, according to a source, then went on to say to his camp that there was no a way back and that he was ready to leave the club in the summer.

The Madrid captain also denied having had doubts about his future despite president Perez having said on Monday that Ramos and brother Rene — who is also his agent — paid him a visit to inform the club that they had received an offer from an unnamed Chinese club.

A source told ESPN FC that Zidane was key in Ramos’ decision to stay as the manager intervened to convince the two parties that the best thing for Real Madrid was for Ramos to stay put. Zidane spoke to Perez where he made it clear Ramos has a major role to play in his new project and asked the president to make every effort to convince him to stay.

The coach also had a similar chat with Ramos and so on Wednesday the captain and the president had a second meeting to make peace and ensure Ramos would stay for at least another 12 months.

Sources have told ESPN FC that Ramos had also been approached by another unnamed top European club. He used the offer from China to test Perez and see whether Madrid would let him go for a reasonable price — as they did when Cristiano Ronaldo was allowed to join Juventus last summer in a deal worth around €112 million.

Ramos, who has an €800m buy-out clause in his contact, had said during his Thursday news conference that his relationship with Florentino is good in the main — describing it like a “father and son.”

But sources have told ESPN FC that Ramos and Perez have a tense relationship which had been close to breaking last week.