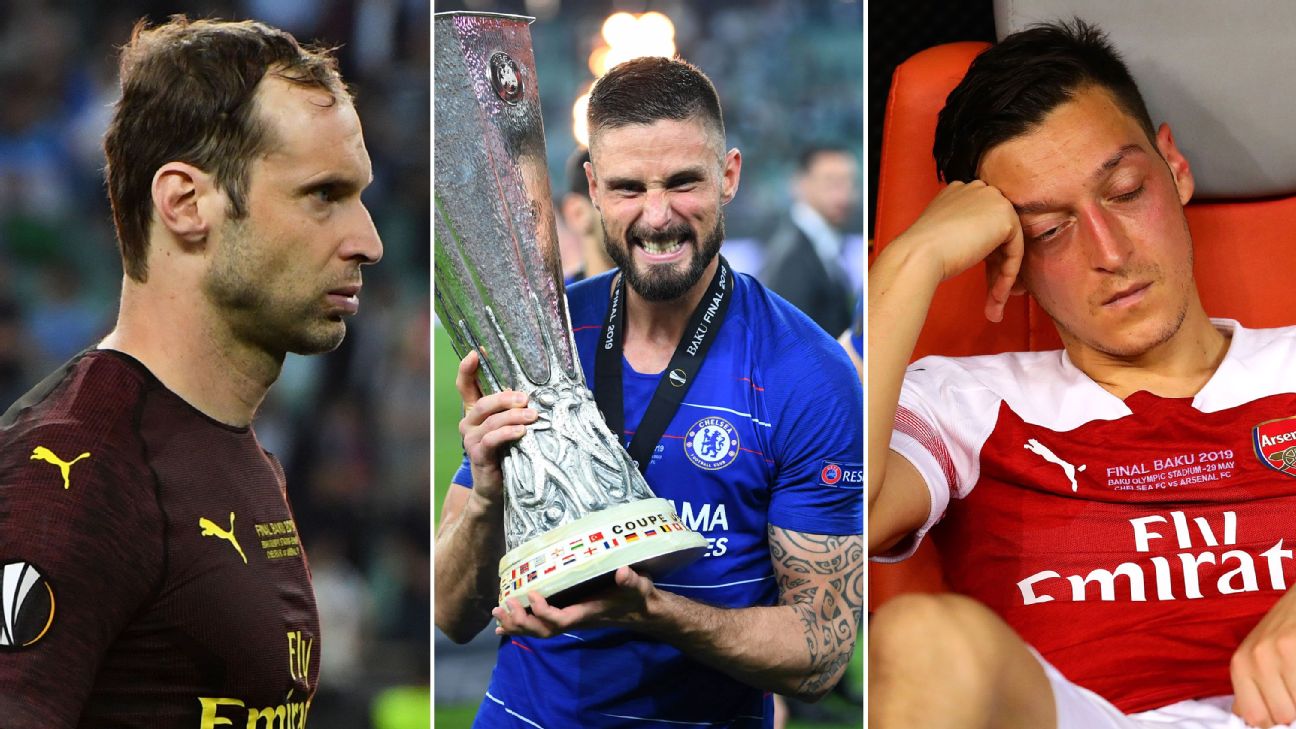 Chelsea secured their first continental silverware in six years by soundly trouncing Arsenal in the Europa League final in Baku on Wednesday.

After a slightly flat first half, the game rocketed into action within five minutes of the restart when Olivier Giroud headed the Blues in front.

– Miller: Chelsea season a success.. so why doesn’t it feel like one?
– Chelsea ratings: Hazard gets fairytale ending
– Arsenal ratings: Auameyang, Ozil, Koscileny all 3/10

The floodgates opened and Chelsea eventually ran out 4-1 winners on the night with Eden Hazard scoring twice in what looks like being his final game for the club.