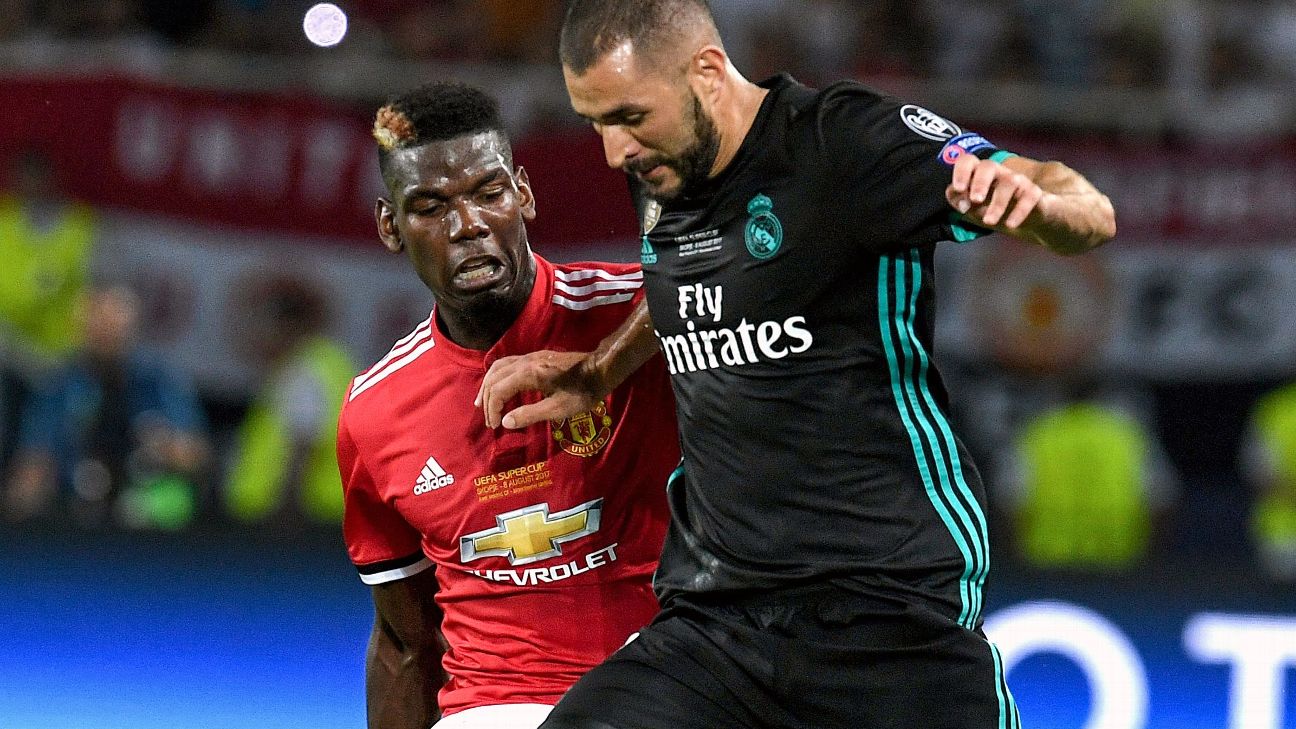 Real Madrid unseated Manchester United as the world’s most valuable football club, according to the annual list published by business magazine Forbes on Wednesday.

Real Madrid, who in 2018 won the Champions League for a third consecutive year, were valued at $4.24 billion, up nine percent from a year ago, Forbes said.

The 20 most valuable football clubs this year are worth an average of $1.75 billion, up 34 percent from last year, a jump Forbes attributes to sponsors paying more money to attach themselves to these teams.

– Transfer Talk: Real Madrid prep €300m plan for Neymar
– Okwonga: Spurs, Liverpool have a secret to their success
- When is the Champions League group stage draw?

“Soccer team values are increasing because companies continue to increase the amount of money they pay teams for shirt and kit rights, and sponsorships,” said Michael Ozanian, assistant managing editor at Forbes.

“Soccer is the most popular team sport in the world and soccer players are running billboards for brands.”

Another report released on Thursday said that the “big five” European leagues enjoyed record revenues in the 2017-18 season as a result of new broadcasting deals in Germany and growth in UEFA distributions to English clubs.

The combined revenue of the five major leagues — in England, Spain, Germany, Italy and France — was €15.6 billion ($17.40 billion), representing a six percent increase from the previous season.

Deloitte’s 28th Annual Review of Football Finance said the European football market is now worth a record €28.4 billion, which was also driven by last year’s World Cup in Russia.

“European club football is in the strongest financial position that we’ve ever seen,” said Dan Jones, partner and head of the Sports Business Group at Deloitte.

“This reflects the drive among leading clubs to generate ever greater revenues to fund success on the pitch and also the sustained efforts of UEFA to improve profitability and sustainability of clubs through Financial Fair Play and club licensing.

“While the Premier League retains its leading position financially, we expect to see other leagues continue to grow in the coming years.”

The Premier League retains top spot with club revenues rising to £4.8 billion ($6.07 billion), primarily due to increased UEFA distributions as five teams competed in the Champions League for the first time in 2017-18.

The German Bundesliga’s were boosted by new broadcast arrangements, which made them leapfrog Spain’s La Liga to become the second largest revenue-generating league in the world.

Increased revenue also reflected in record-breaking transfer market activity from Premier League clubs as the wages/revenue ratio surged to 59% in 2017-2018.

Transfer spending meant the Premier League’s operating profits fell 16 percent to £867 million, but it still represents the second highest level of profitability ever for a single season.

“With the sale of the Premier League’s domestic and international broadcast rights now complete for the 2019-20 and 2021-22 seasons, resulting in an overall 8 percent revenue increase, Premier League clubs will receive further increases in central distributions in the coming seasons,” Jones added.

“However, the increase is not as significant as in the previous two cycles and therefore clubs will aim to improve their competitive and financial position through developing and growing other commercial revenue.”