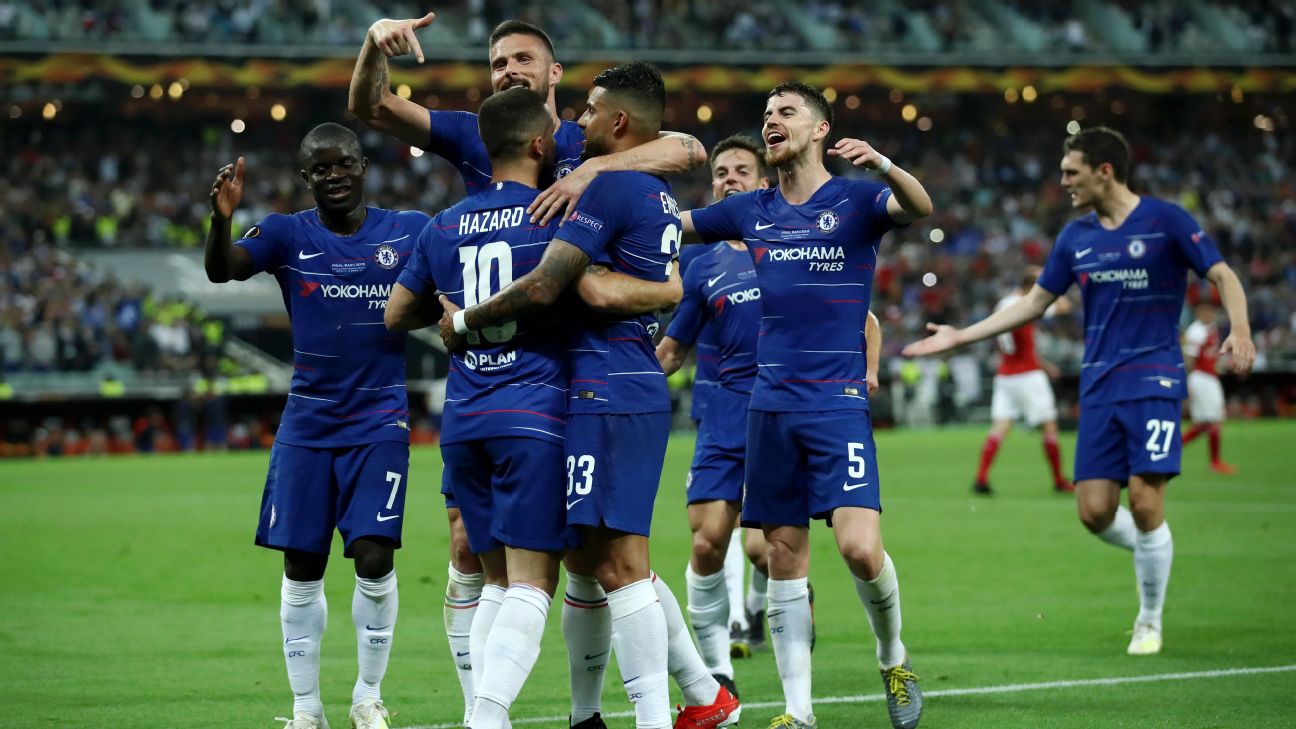 The seeds for next season’s Champions League group-stage draw are almost set after Chelsea won the Europa League on Wednesday night.

Chelsea will be in Pot 1 as a European titleholder, with the only outstanding issue being whether Liverpool or Tottenham join them by winning the Champions League on Saturday.

It means the Premier League will have three teams in Pot 1.

The rest of the teams are seeded based on UEFA’s five-year coefficient score for performance in European competition, with the strongest teams in Pot 2 and the weakest in Pot 4. One team from each pot will be drawn into the eight Champions League groups in the draw ceremony on Aug. 29.

Ajax, if they come through qualifying, will benefit from Chelsea winning the Europa League by taking the spare place in Pot 2.

Provisional teams can also be drawn up for the other pots, based on the highest-ranked clubs progressing through qualifying. Teams in bold are guaranteed to be in that pot.

*denotes must go through qualifying