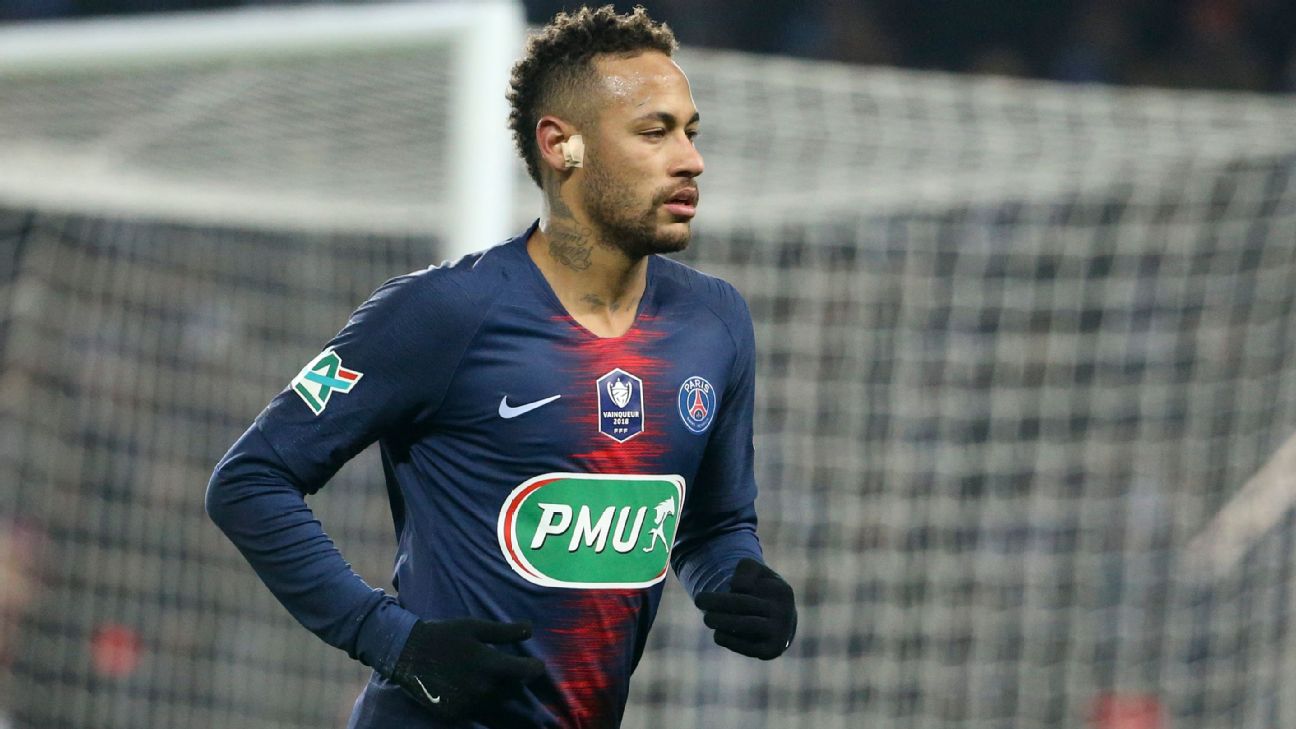 Neymar is set for a sensational return to the Nou Camp, according to the Daily Record, with the Catalan club offering either Philippe Coutinho or Ousmane Dembele in part exchange.

Barca sold Neymar to PSG for a fee of €222 million two summers ago and they’re now looking to offload either Dembele or Coutinho — both of whom have disappointed this season — in an effort to get reacquainted with the Brazilian.

Barca will need to cover Neymar’s eye-watering €30m-a-year-after-tax salary, but the PSG forward himself has made no secret of his desire to return to Spain. The Ligue 1 champions will be reluctant to let their star man go, but their stance would appear to have softened this year, which could be the result of reports of dressing room unrest, alongside the club’s repeated failures in Europe.

After their disappointing exit to Manchester United, PSG won just three of their last 10 league games, which could prompt a shake up in the French capital. The club could be tempted if they can strike the right deal… and land the right player in return.

There must be something in the water in Spain, for the other big story tonight comes courtesy of AS, who are reporting that Spanish journalist Eduardo Inda is ahead of the curve on a deal involving Paul Pogba and Real Madrid and Manchester United.

Pogba has been linked with a move to the Spanish capital for months, even more so following the return of Zinedine Zidane to the dugout there and a deal is said to be “practically done,” with Pogba allegedly prepared to take a €3m pay cut to land his move.

Madrid are keen to partner Pogba with another expected arrival in Eden Hazard this summer as they look to improve on a disappointing season.

Inda also suggests that Adidas are keen for the Pogba move to happen as he is one of their biggest athletes and a move to the Bernabeu would be good for their brand.

– Speaking of Hazard, the narrative around his move to Madrid has been going on for so long it’s hard to believe the deal hasn’t happened yet, but that finally looks set to change, according to The Sun. The club are confident they have agreed a fee of up to £115m, with Hazard set to be paid £400k a week. The news is expected to be confirmed following Chelsea’s Europa League Final against Arsenal on Wednesday.

– In a move that will make those of us over the age of 30 feel incredibly old, Napoli have pulled the plug on the signing of Kieran Trippier … because of his age. The 28-year-old right-back is said to not fit Napoli’s transfer strategy, and instead they’re keen on switching their attentions to someone younger with a potential greater resale value, says The Sun.

– A number of Premier League clubs are scrambling for the signature of Harry Wilson from Liverpool, writes The Mirror. Wilson was part of the Derby County side that lost to Aston Villa in the Championship final, but his opportunities under Frank Lampard during his loan spell have given him a taste of first-team football, which means quitting his employers. Crystal Palace, Newcastle, Southampton and Brighton are all said to be keen.

– Clubs looking to add Jack Grealish to their armoury this summer may have to think again, according to reports in the Express & Star. Grealish starred as he helped lead his boyhood club back into the Premier League with a victory over Derby County at Wembley. And while he will no doubt have his suitors again this summer, the club aren’t willing to listen to any offers.