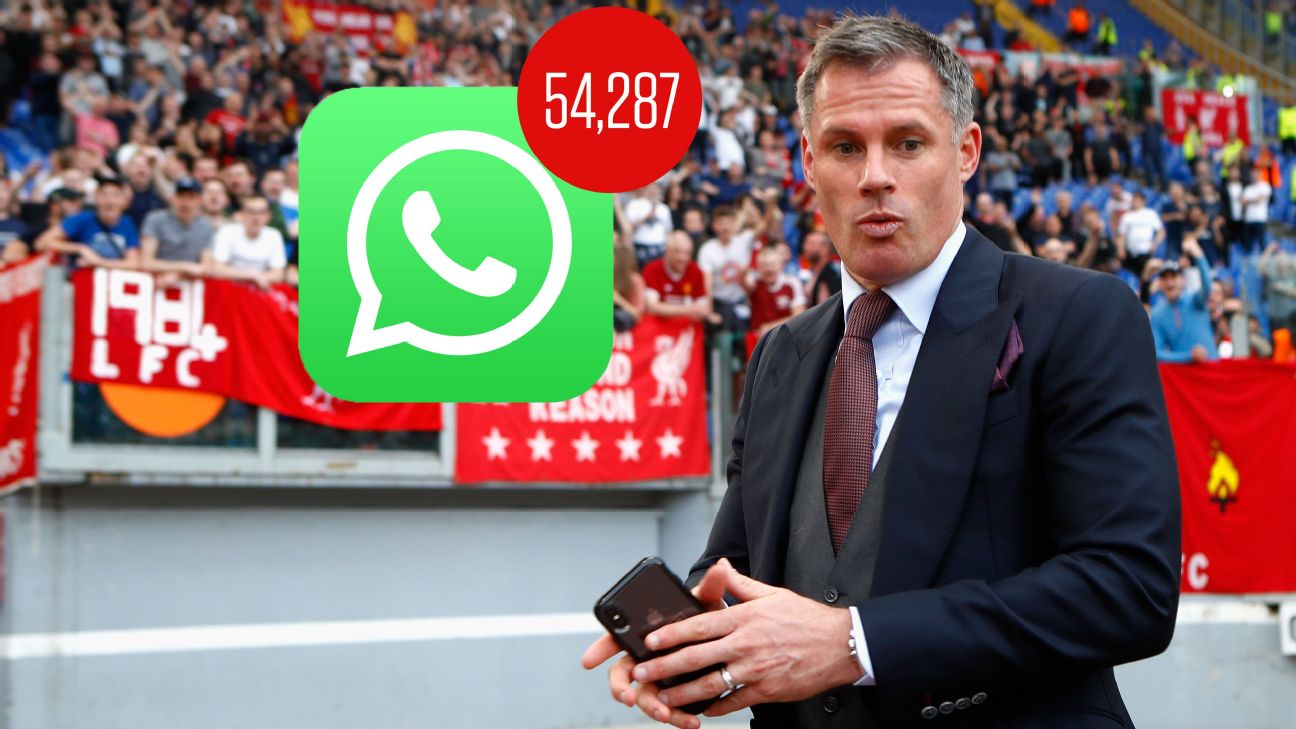 It all began when Gary Neville spurned a good chance while playing for Manchester United in their 1999 Treble-winners’ reunion match against Bayern Munich at the weekend.

On holiday in Turkey at the time, Carra, who maintains a friendly(ish) rivalry with his old nemesis and current punditry partner on Sky, asked fans to send him a clip of the miss in a tweet that also contained a fake phone number plucked from the ether.

However, it soon became apparent that the number included in the Tweet wasn’t quite as random as first thought after the actual owner — Newcastle fan Scott Forsyth — was hit with an avalanche of messages all intended for Carragher.

Sure enough, Forsyth’s poor phone was bombarded with over 54,000 messages in the space of a few days at a rate of roughly 50 calls and alerts per hour.

“At 5.18pm he tweeted it – since 5.19pm my phone hasn’t stopped once,” he told ChronicleLive. “My phone battery usually lasts me a day and a half – yesterday, I had to charge it three times!”

Forsyth also revealed that he has received countless pleas from Liverpool supporters asking him to get them tickets to the Champions League final as well as offers to join various Sunday League football teams.