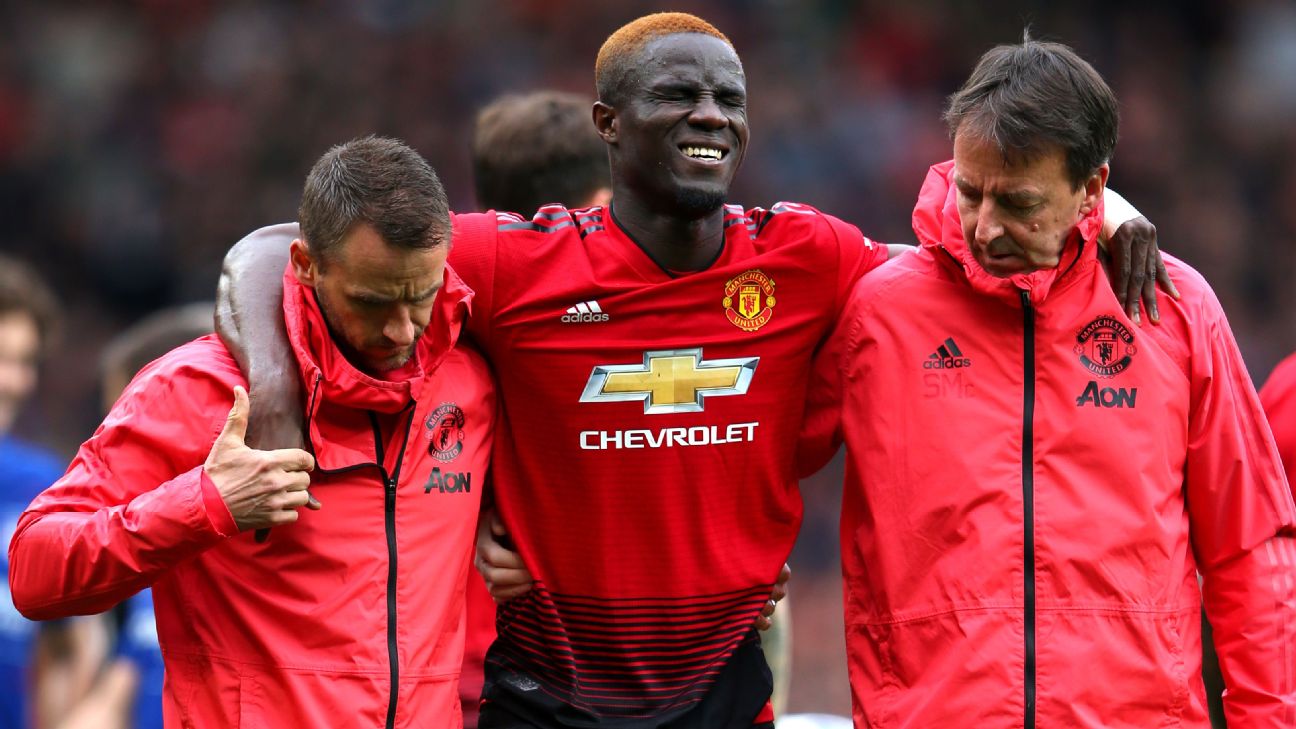 Manchester United are hopeful Eric Bailly will be fit to fly out to Australia for the first leg of their preseason tour, sources have told ESPN FC, giving the defender a chance to cement his place in Ole Gunnar Solskjaer’s squad for next season.

Bailly, 25, suffered a knee ligament injury during the 1-1 draw with Chelsea on April 28 and will miss Ivory Coast’s campaign at the Africa Cup of Nations, but his recovery has gone well and he should be ready to travel to Perth with United on July 7.

Solskjaer’s side play Perth Glory and Leeds United in Australia before facing Inter Milan in Singapore, Tottenham in Shanghai, Kristiansund in Oslo and AC Milan in Cardiff before the new Premier League season kicks off on Aug. 10.

United are embarking on a summer overhaul that could see as many as five new signings arrive at Old Trafford.

Solskjaer has centre-backs Harry Maguire and Kalidou Koulibaly on his radar but interest has cooled in recent weeks and the central defenders already in the squad — Bailly, Chris Smalling, Phil Jones, Victor Lindelof, Marcos Rojo and Axel Tuanzebe — are set to get a chance to impress during preseason.

Solskjaer is still looking to sign a defender during the transfer window but sources have told ESPN FC that the Norwegian has prioritised bringing in a new right-back to add competition for 33-year-old Ashley Young and 20-year-old Diogo Dalot.

Aaron Wan-Bissaka is on the list of potential targets but United fear they may be priced out of a move by Crystal Palace’s £50 million valuation.

Bailly, a £30m signing from Sevilla in 2016, was limited to just eight league starts last season.

He has been linked with a move to Arsenal but sources have told ESPN FC that United are reluctant to sell to a rival likely to be involved in the race for the top four next season.