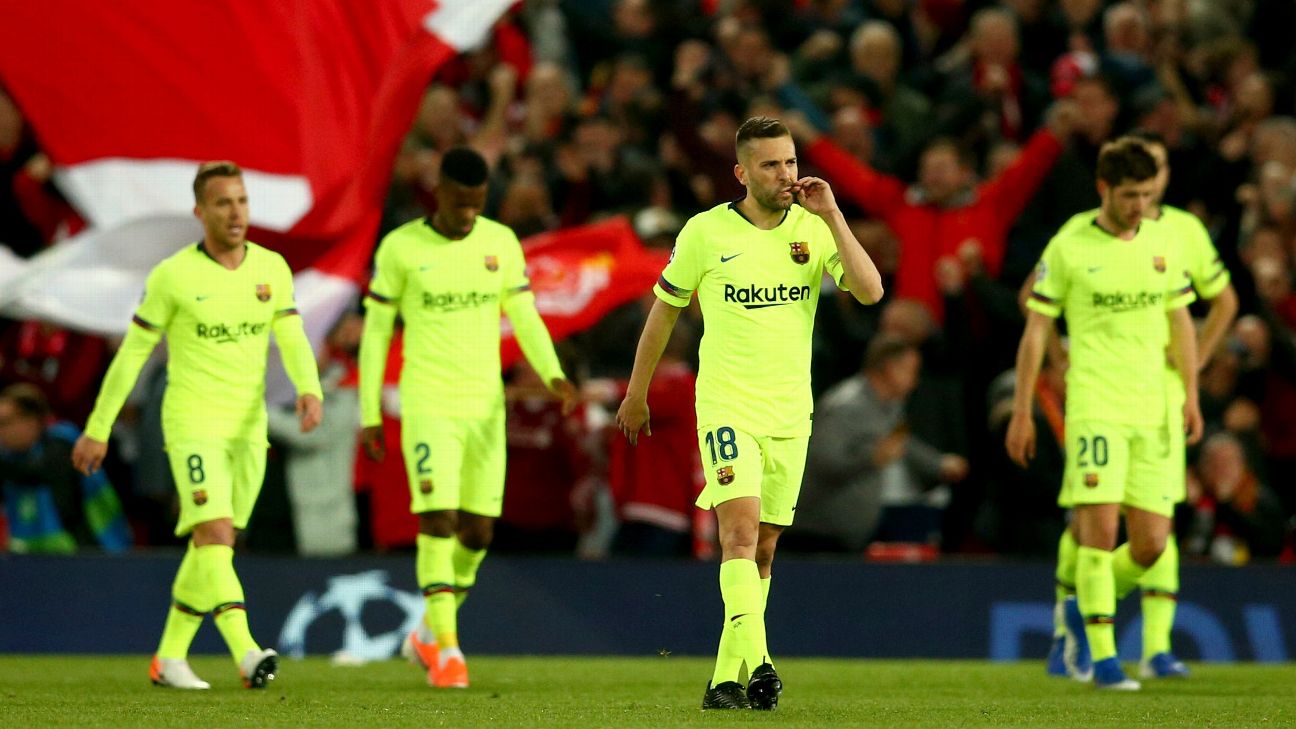 Jordi Alba says he is “p—-d off” with how Barcelona’s season ended but added that the club have been spoiled by success in recent years and should give more value to the La Liga title.

Barca were on track for a Treble when they wrapped up the league in April, eventually finishing the season 11 points clear of their closest challengers, Atletico Madrid.

– Barcelona ‘keep or dump’: Who stays?
– Hunter: Valverde wasn’t given what he needed

However, their campaign ended in disappointment as they were knocked out of the Champions League at the semifinal stage by Liverpool in humiliating circumstances (having been 3-0 up in the first leg, only to lose 4-0 in the second) and beaten by Valencia in the Copa del Rey final.

Alba says the two defeats have been tough to take but called for some perspective, with Barca having won eight of the last 11 La Liga titles, four of the last five Copas del Rey and three Champions Leagues since 2009.

“I am p—-d off,” he told reporters at the launch of his summer campus. “It’s a difficult moment for the whole team. We were so close to the Treble but, in the end, it wasn’t to be. I would have liked to finish the season in another way, winning titles.

“But — luckily or not — we’ve been spoiled with the things we’ve won in recent years. History tells you it’s not easy to win [trophies]. It’s really difficult.

“We should savour winning La Liga in another way. We should be happier. We should give it a lot more value because it’s so hard to win, but it seems now that if you only win the league, it’s a wasted season.”

Alba was one of the players criticised for the 4-0 loss to Liverpool at Anfield. The left-back made two mistakes which led to goals as Barca surrendered a three-goal lead in Europe for the second successive year.

However, aside from that and Saturday’s cup final loss to Valencia, Alba, who has scored three goals and set up 17 more from defence, feels this has been his most impressive campaign since turning professional.

“Taking away those two games, it’s been the best season of my career on a personal level,” he added. “I try to give my all on the pitch but, like all humans, I make mistakes and I’m not ashamed to admit that.

“I can’t win all my duels or be perfect all the time. But, of course, I would like to have ended the campaign differently, collectively and individually.”