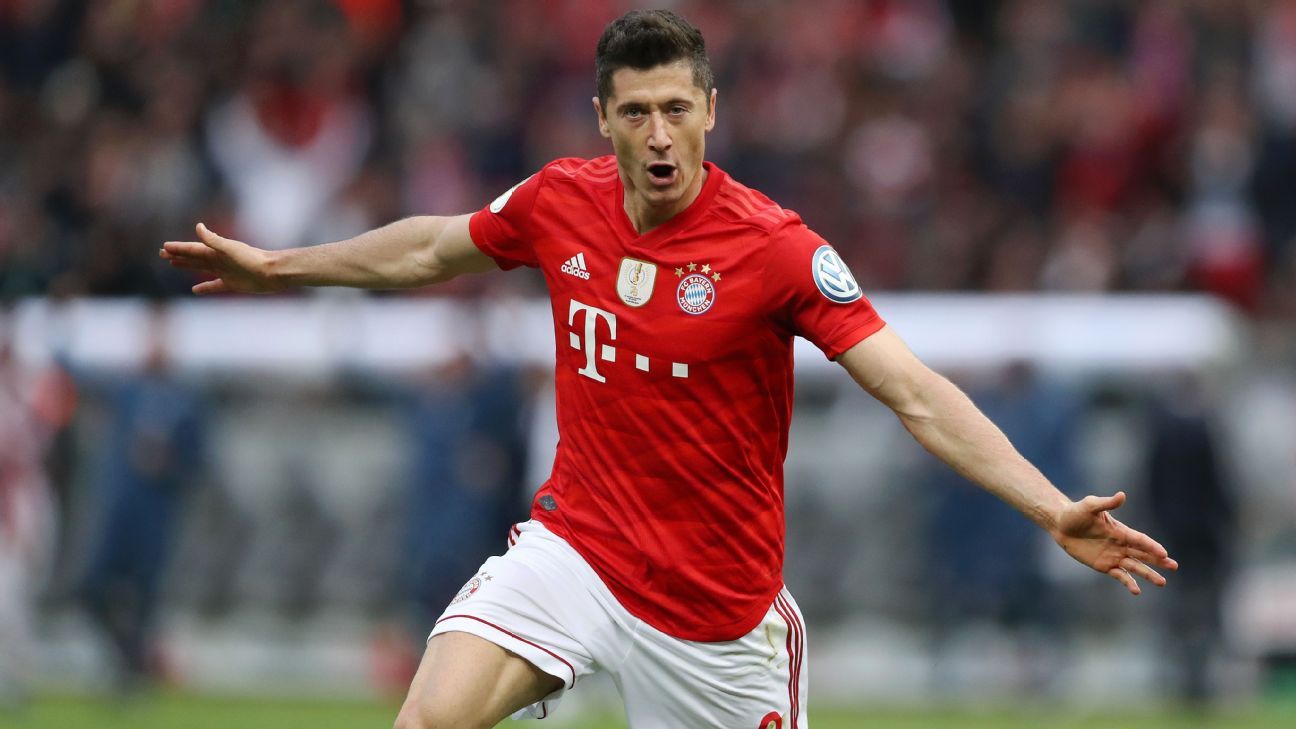 Bayern Munich secured a domestic double after beating RB Leipzig 3-0 in the DFB Pokal final at the Olympiastadion in Berlin on Saturday.

Robert Lewandowski put the Bundesliga champions in front just before the half-hour mark with a difficult header from a David Alaba cross to give Bayern the lead at half-time.

Manuel Neuer kept Bayern in front with his second big stop of the match, denying Emil Forsberg with a kick save after the RB Leipzig winger had broken free on goal.

Bayern doubled their lead in the 78th minute when Kingsley Coman took a neat first touch on a loose ball in the Leipzig penalty area to set up a left-footed shot that he blasted past Peter Gulacsi.

Lewandowski sealed Bayern’s 19th German Cup soon after, outrunning his defender to a through ball and chipping Gulacsi to make it 3-0 with his 40th goal in all competitions this season.

Bayern boss Niko Kovac brought on departing club legends Franck Ribery and Arjen Robben for a final runout in front of the Bayern faithful and the two almost combined for fourth goal in the final match of their illustrious careers in Munich.

The win sees Kovac, who won the double with Bayern as a player too, become the first head coach since Felix Magath in 2005 and 2006 to win back-to-back German Cups after his Frankfurt team beat Bayern in last year’s final