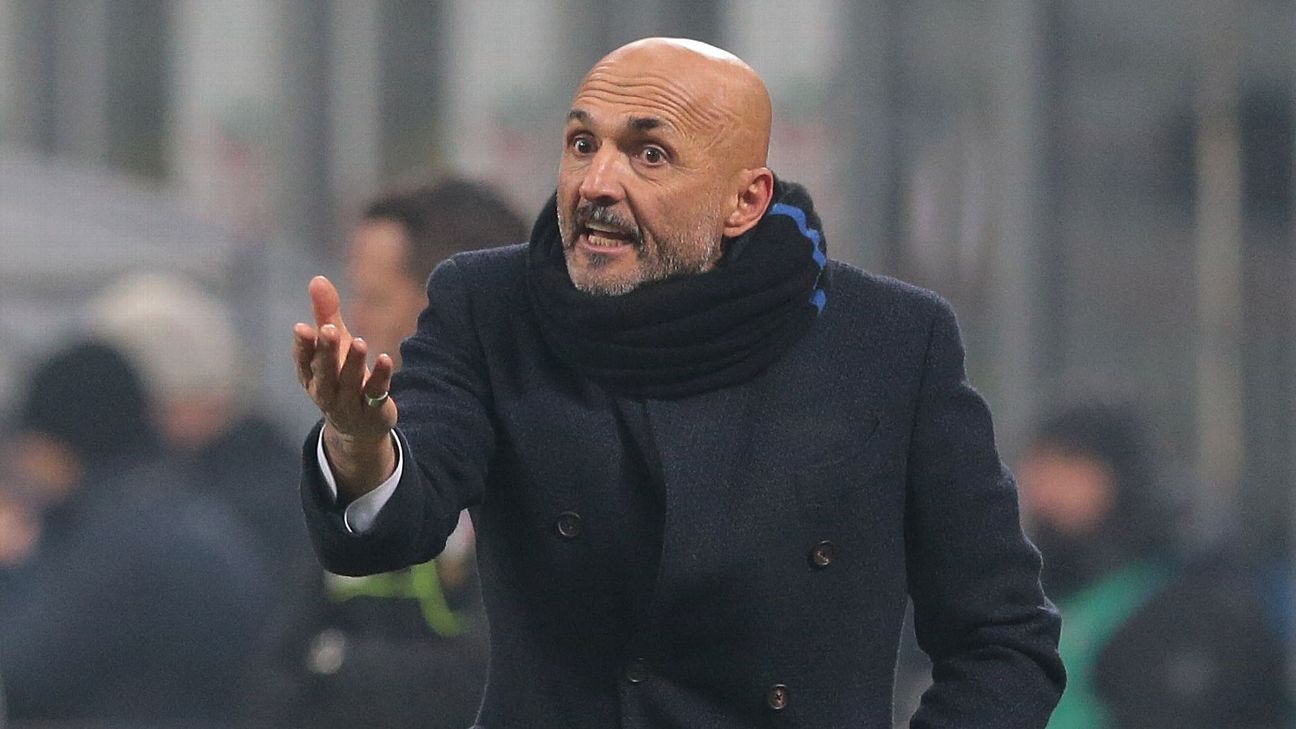 Inter Milan coach Luciano Spalletti admitted he would be surprised to keep his job next season amid growing speculation Antonio Conte will replace him.

Speaking after seeing his side snatch Italy’s fourth berth in the Champions League next season in dramatic circumstances with a 2-1 win over Empoli on Sunday, Spalletti said he could read the signs that his days at Inter are over.

“I don’t know [if this is the end] but at Juventus, people were questioning outgoing coach [Massimiliano] Allegri after the Ajax defeat, but [president Andrea] Agnelli confirmed him immediately, then everything changed,” he told Sky Sport Italia. “This is something we can learn from.

“I don’t know [if I’ll be leaving,] but at this point, if things go differently then yes, I would be surprised, or are we on candid camera?”

Spalletti has led Inter into the Champions League in both of his seasons at the helm, and both times on the final day of the season.

His future is uncertain, however, with reports in Italy claiming former Juventus, Italy and Chelsea manager Conte is being lined up to replace him.

Sky reports that deal will be announced before the weekend, when Conte is expected to join the club’s president Steven Zhang and general manager Beppe Marotta as a spectator at the Champions League final in Madrid.