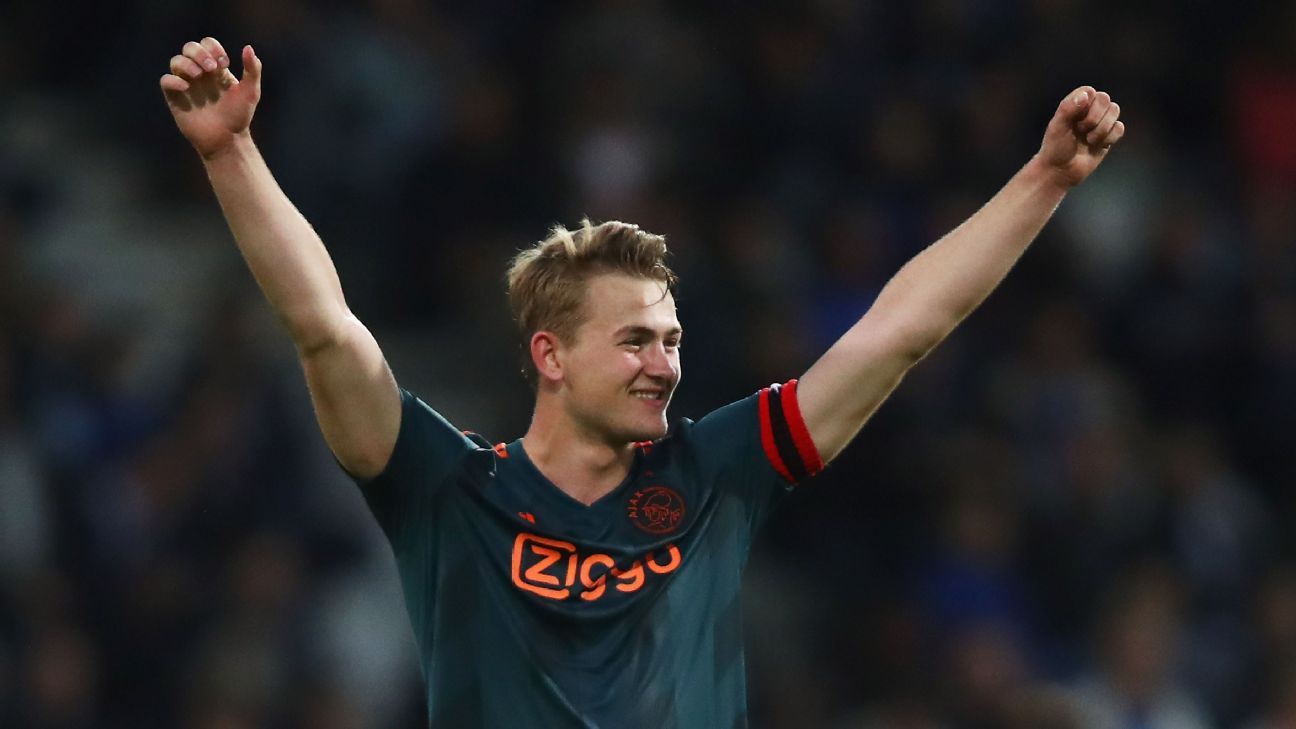 Manchester United expect top summer target Matthijs de Ligt to resist their advances and complete a move to Barcelona, with Old Trafford sources having told ESPN FC they believe the Spanish champions struck an agreement with the Ajax captain two months ago.

De Ligt, 19, has emerged as one of the most-sought after players in Europe this season after playing a key role in Ajax’s run to the Champions League semifinal. The defender also led the Amsterdam giants to their first Eredivisie title since 2014 earlier this month as well success in the Dutch Cup.

But with Ajax accepting to sell the centre-half this summer, United and Barcelona have been battling it out to secure the teenager’s signature for months.

Sources have told ESPN FC that United have offered De Ligt a deal worth £250,000-a-week to move to Old Trafford — more than the player will receive at Barcelona.

But despite the prospect of playing in the Premier League with United, De Ligt has made it clear to the club that his preference is a move to Barcelona, who have already completed a €75 million deal for his Ajax teammate, Frenkie de Jong.

While United remain huge admirers of De Ligt, who is not expected to leave Ajax until after his involvement with the Netherlands at the Nations League in Portugal next month, there is an acceptance within Old Trafford that Barcelona have all but tied up a deal for the player.

But while the focus is on recruiting the best young talent in the country, United have ruled out a move for Borussia Dortmund and England forward Jadon Sancho due to the excessive costs of signing the former Manchester City youngster.