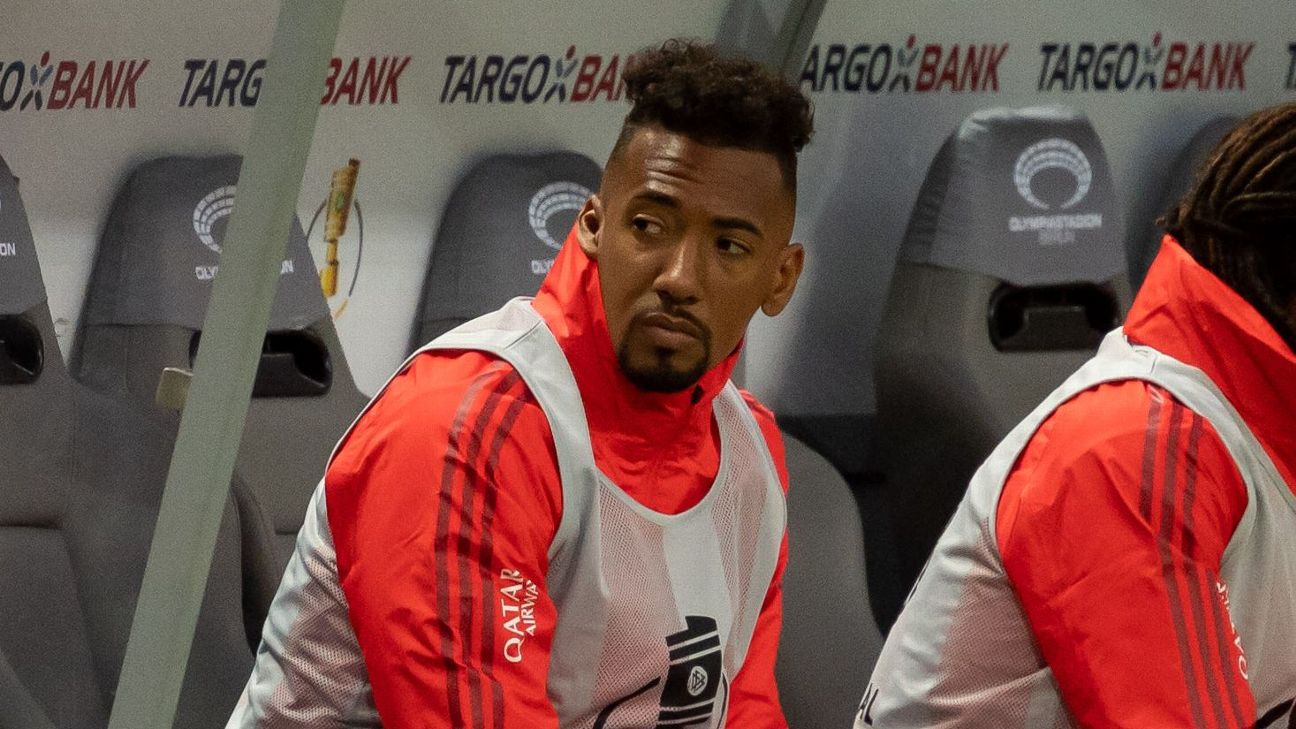 Bayern Munich president Uli Hoeness has told defender Jerome Boateng the best option would be to leave the club.

Boateng joined Bayern from Manchester City in 2011 and was heavily linked with a move away from Allianz Arena. He was an unused sub during the 3-0 DFB Pokal victory over RB Leipzig on Saturday and did not join in the post-match celebrations.

- Sir Alex: Bayern ‘a great club’ due to ex-players

“He must seek a new challenge, it’s better for him,” Hoeness said. “I’d advise Boateng to leave FC Bayern.

“I believe it would be better for him to enjoy a different air. I believe he must seek a new challenge, it’s better for him. He looks completely out of place.”

Bayern have already secured the arrivals of French World Cup winning defenders Benjamin Pavard and Lucas Hernandez this summer as they look to revamp their defence.

But German publication Bild claimed on Monday that Boateng, who is under contract until 2021 and reportedly on an annual salary of €12 million, does not want to leave the club at any cost — and added that the 30-year-old would rather wait for an offer from a top club or stay at Bayern.

Last summer, Boateng’s transfer to Paris Saint-Germain collapsed when the Ligue 1 champions were not willing to meet the €38m transfer fee Bayern demanded for the 2014 World Cup winner.

In the 2018-2019 season, Boateng not only lost his place on Bayern’s starting formation but also was forced to end his international career when Joachim Low announced in March he no longer plans with him and his Bayern teammates Mats Hummels and Thomas Muller.

Follow live: Ecuador, Senegal square off with a spot in the round of 16 on the line
Sources: Gabriel Jesus out for rest of World Cup
Rice: Other nations should fear England at WC
Messi: Relief, not celebration, after 1,000th game
Ronaldo ‘insulted’ by South Korea player – Santos