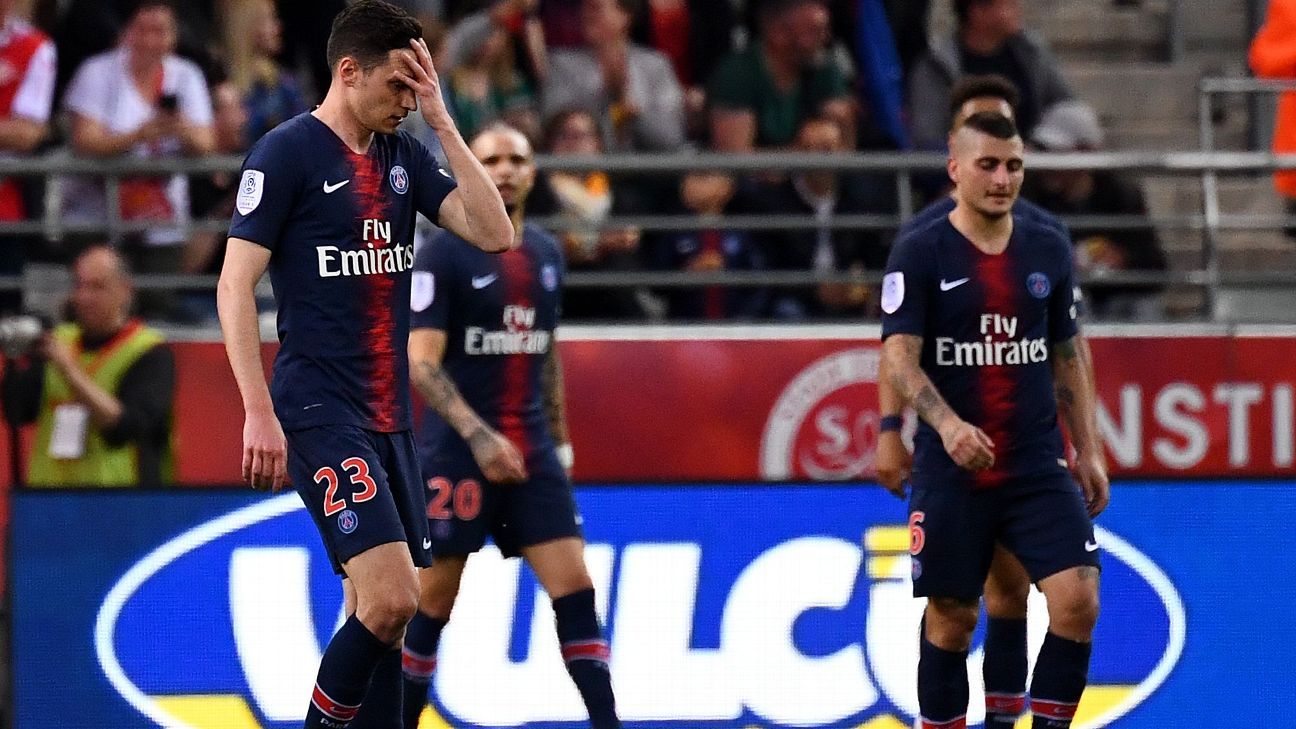 Champions Paris Saint-Germain ended their Ligue 1 season on a sour note when they slumped to a 3-1 defeat at Stade de Reims on Friday as keeper Gianluigi Buffon was far from his best.

Buffon started in place of Alphonse Areola and pulled off a couple of good saves as Reims tried to hit PSG on the break before things went downhill for the Italian veteran.

PSG were punished at the end of a counter-attack in the 36th minute when Baba Rahman found the back of the net with an angled shot that went between Buffon’s legs.

Mathieu Cafaro doubled Reims’ tally in the 56th minute with a powerful shot from just inside the box that caught Buffon off guard.

Kylian Mbappe, who needed four goals to match Lionel Messi’s league tally of 36 for Barcelona this season, was toothless until he finally came to life and reduced the arrears three minutes later from close range.

That was Mbappe’s 33rd goal in Ligue 1 this season, the most by a Frenchman in the top-flight since Philippe Gondet netted 36 times for Nantes in 1966.

Pablo Chavarria, however, put the result beyond doubt when he added a third for Reims in stoppage time.

PSG finished on 91 points while Reims ended with 55 points in eighth place.