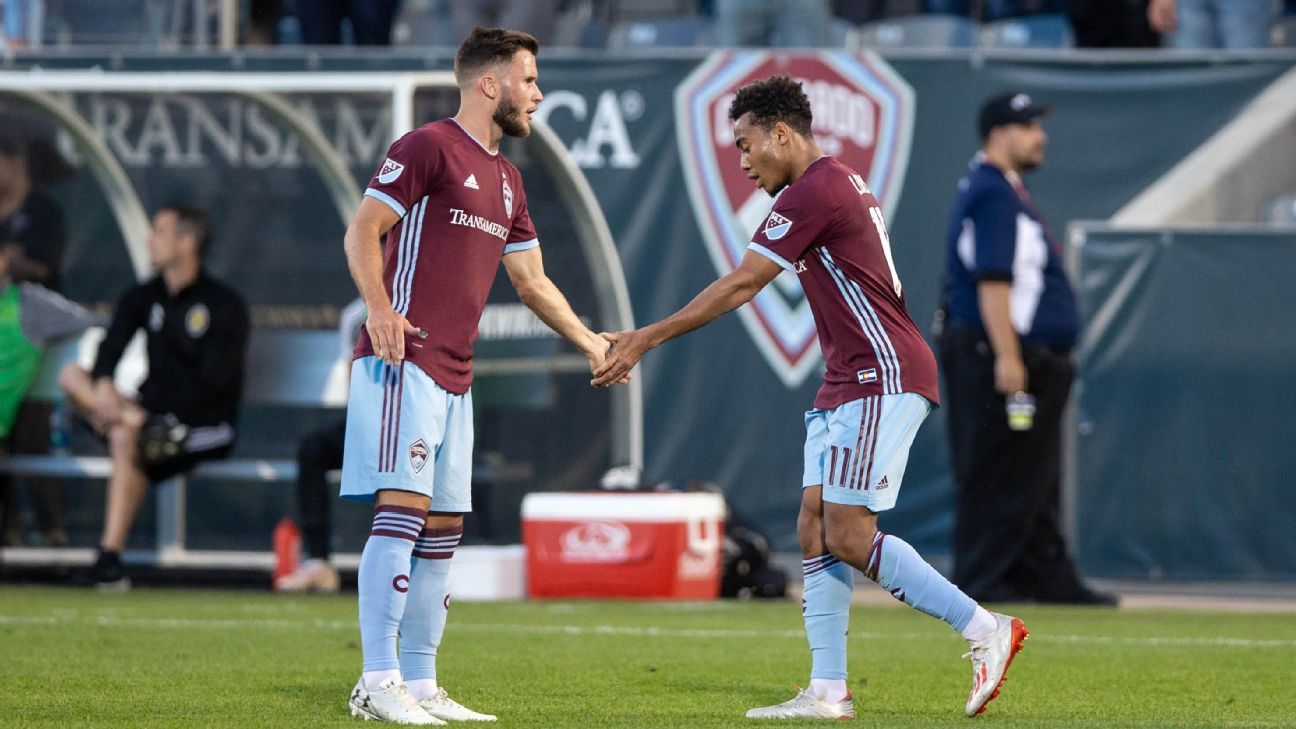 Nicolas Mezquida delivered the winner in the 89th minute when the Colorado Rapids defeated the Columbus Crew 3-2 at Dick’s Sporting Goods Park in Commerce City, Colo., on Saturday.

Mezquida, who entered in the 67th minute, brought down a clearance by goalkeeper Zack Steffen after a corner kick by Jack Price and ripped a shot from 18 yards.

The Crew (5-9-1) have lost three straight and eight of nine.

Pedro Santos in the 28th minute and Gyasi Zardes in the 54th scored for the Crew to counter goals by Tommy Smith and Jonathan Lewis before Mezquida gave the Rapids their first home win (1-4-2).

Smith put the Rapids ahead in the 23rd minute with a 6-yard header from a left corner kick by Price. Smith snuck inside of Santos and used a six-inch height advantage to get his second goal of the season.

Santos made amends five minutes later to earn his third goal in 13 matches after scoring once in 39 games entering 2019. He did not play in the Crew’s last match at Minnesota because he was home in Portugal to be with an ailing family member.

Lewis broke a 1-1 tie in the seventh minute of first-half stoppage time, finishing the build-up from midfield by Sam Nicholson.

He got his first goal in his third game for the Rapids since being acquired in a trade with New York City FC on May 7.

Zardes netted the equalizer with his team-best fifth goal by making a run through the box and converting from 6 yards a service from the right flank by Federico Higuain.

It was the 10th time this season the Rapids have allowed at least two goals in a game.

The Rapids play at Philadelphia on Wednesday. The Crew hosts New York City FC on June 1.