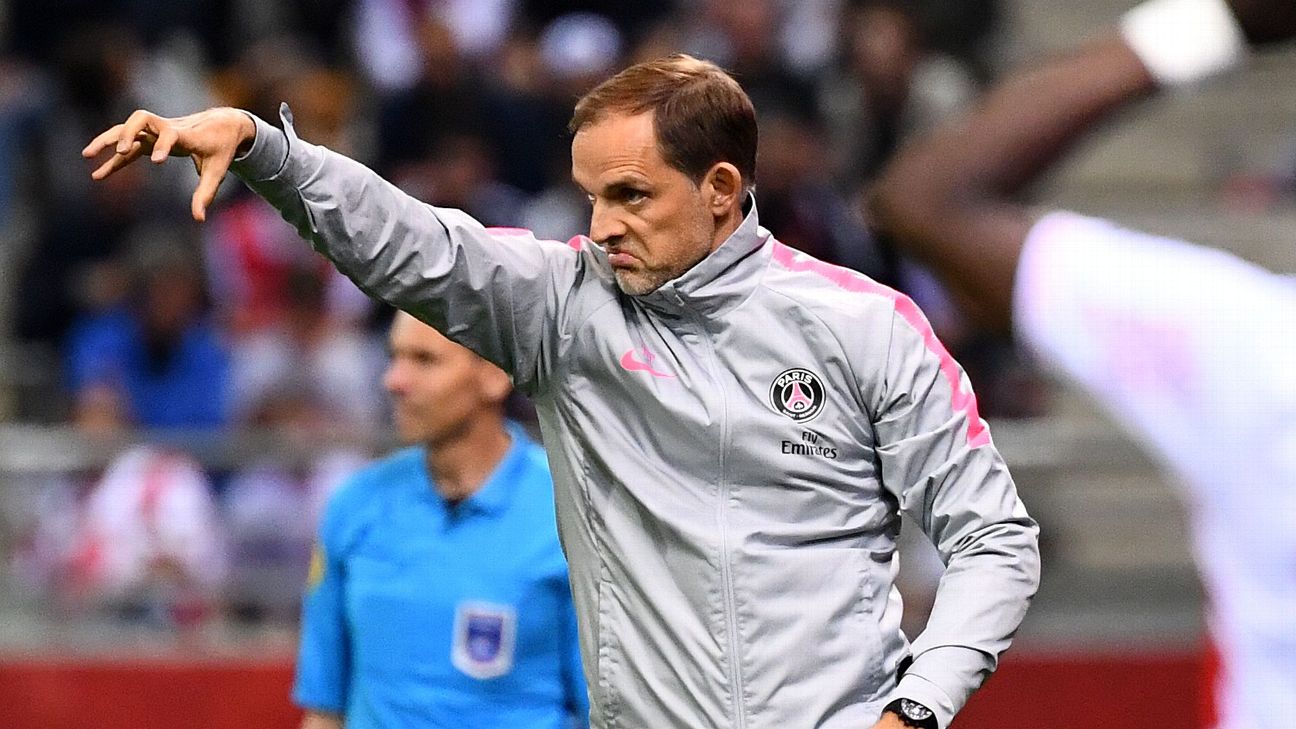 Paris Saint-Germain coach Thomas Tuchel joked about his future with the French champions after their season-ending 3-1 loss away at Reims in Ligue 1 on Friday.

Baba Rahman, Mathieu Cafaro and Pablo Chavarria did the damage for the hosts, while Kylian Mbappe managed a consolation strike for PSG as Tuchel’s men slipped to a fifth Championnat defeat of the season.

“Honestly, I am worried…” said the German with humour when interviewed by Canal+ post-match. “I get the impression that everybody knows something that I do not!

“I think so [that he will be kept on]. Today, I can say yes. In football, things change each day. I am often asked, yet I am here. If that changes, it will not be my doing.”

Tuchel then added that being stricter and firmer with the players next season is an absolute must for PSG, as well as a strong summer transfer window.

“We must focus and stay together — as a club, staff, and team,” he said. “We must be strict, rediscover our spirit and our work ethic from earlier in the season.

“We must be firm and consistent in our decisions — together. Player recruitment will be essential too.”

Gianluigi Buffon was at fault with two significant errors in Reims and Tuchel reiterated his view that it is time to stop rotating between the veteran Italian and Alphonse Areola.

“I have nothing else to say,” said the coach. “I do not want to alternate again next season. We must have competition with a No. 1. We will decide before the start of next season.”

Defender Marquinhos, who was captain on the night, urged the squad to take a step back before analysing the campaign in its entirety.

“We need to take a step back and not analyse things in the heat of the moment,” the Brazil international said. “We have to think about other things.

“There is an important international tournament [Copa America] coming up. We will then take the time to look back at everything in order to come back next season ready to do better than we did this.”

Marquinhos also admitted that he was unclear over Kylian Mbappe’s recent message sent during his UNFP Ligue 1 award double success.

“I did not really understand Kylian’s message,” he added. “You will have to ask him what he meant. He is responsible for what he says, but the institution, the club, comes first — it is more important than us. Players come and go, but the club remains.”

Marquinhos finished by stressing that he is “staying in Paris” after recent rumours linking him with a summer move to Juventus.