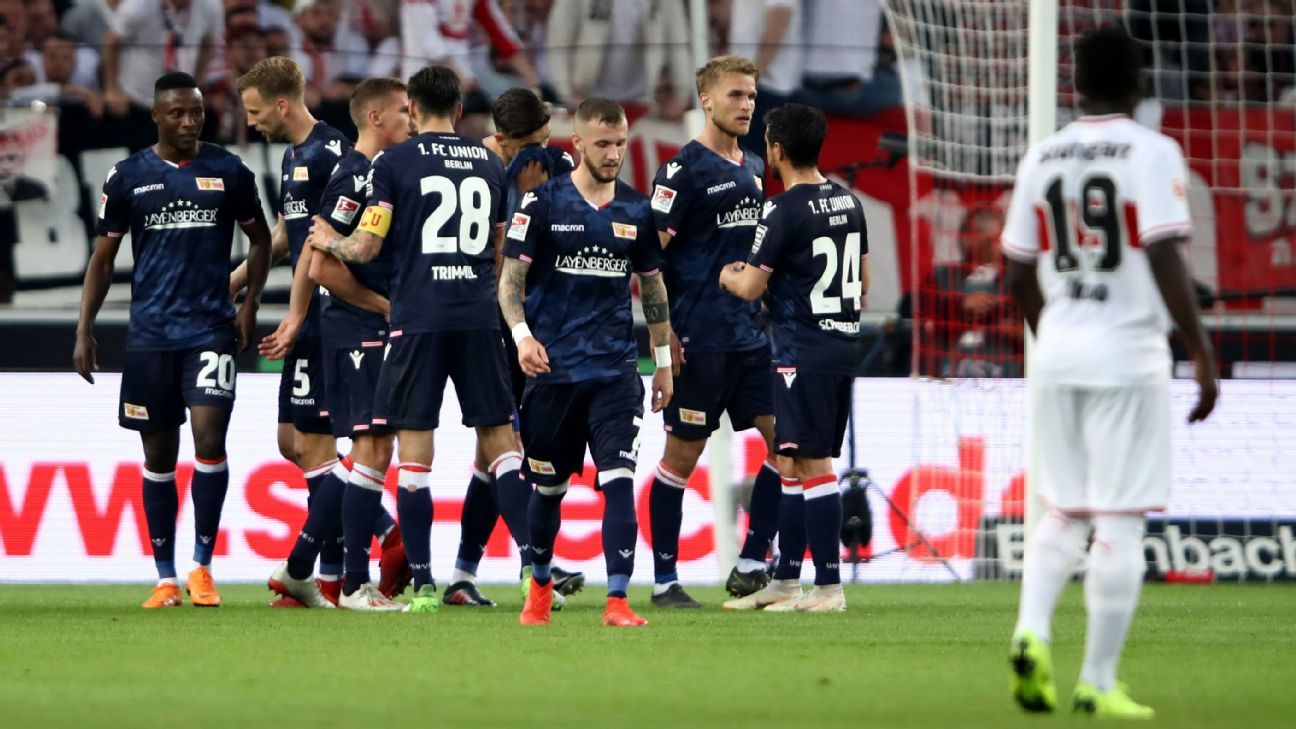 Bundesliga side Stuttgart were held to a 2-2 draw by second division Union Berlin who twice came from a goal down in the first leg of their relegation/promotion playoff on Thursday.

Stuttgart, who finished third from bottom in the top flight, will travel to Berlin for the return on Monday.

The hosts scored three minutes before the break through Christian Gentner after Tasos Donis’ 70-metre sprint set him up.

Their joy lasted only seconds though as Berlin levelled in the 43rd when a fine first touch and shot by Suleiman Abdullahi caught the Stuttgart defence napping.

Substitute Mario Gomez put the hosts back in front after another fine run, carrying the ball 50 metres before scoring with the help of a deflection in the 51st.

But Berlin battled back again, equalising through Marvin Friedrich’s powerful header from a corner in the 68th.

Cologne and Paderborn won automatic promotion to the top division, while bottom side Nuremberg and Hannover 96 were relegated from the Bundesliga.