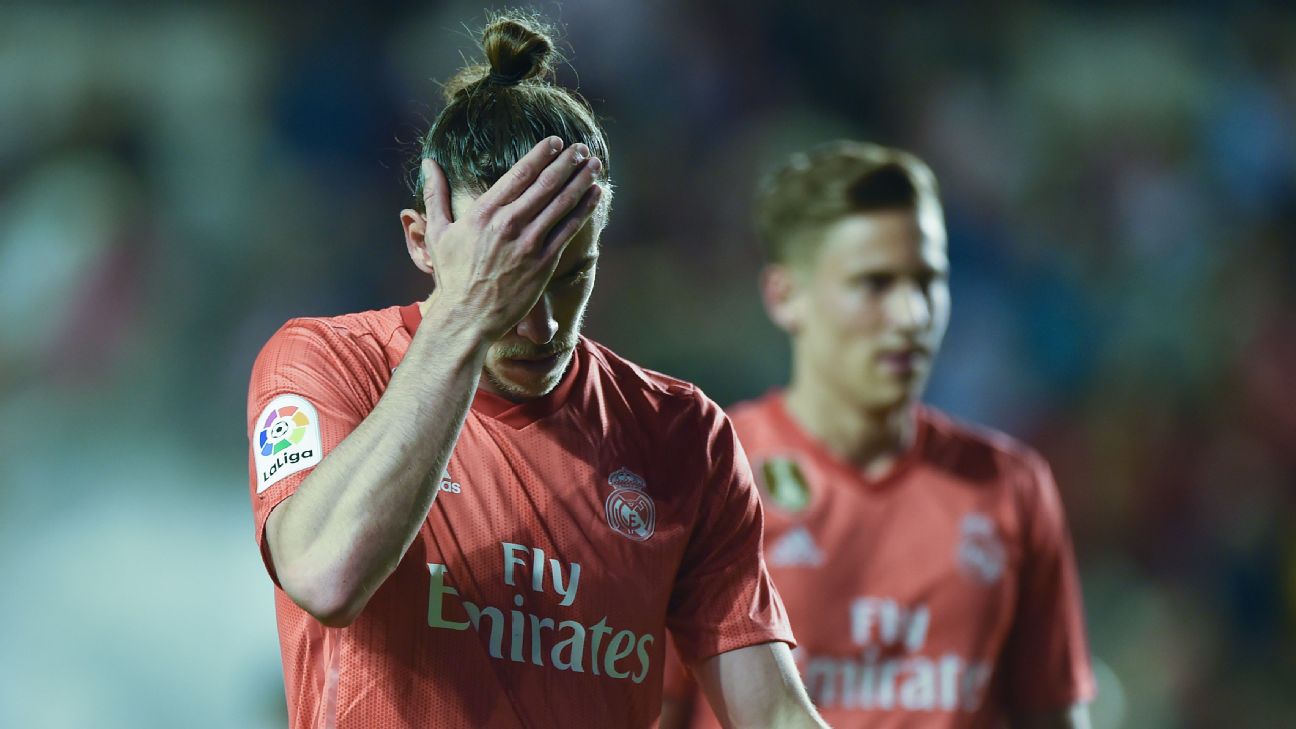 Out-of-favour Real Madrid forward Gareth Bale has said players these days are “robots” and that the pressure at the top level takes away the joy he used to get from playing with his friends.

Bale, 29, has won 13 trophies including four Champions Leagues in six seasons with Madrid, and also led Wales to a historic semifinal place at Euro 2016.

– Ogden: Real Madrid need to offload Bale but they’re low on options
– When does the transfer window close?

However, he told upcoming BT Sport film “State of Play” that the “sacrifice” required to compete among the elite in a team sport means “you lose your life.”

“As a professional athlete — especially in a team environment — you don’t get to choose your schedule, maybe like a golf or a tennis player,” Bale said. “So we’re kind of just robots. We’re told where to be, when to be there, what time we have to eat, what time we have to go to the coach.

“It’s kind of like you lose your life in a way. You don’t get to choose what you want to do, when you want to do it. But a career in football’s so short, sometimes you just have to sacrifice it.”

The Cardiff-born player also said the pressures, expectations and criticism which come with performing on the biggest stage took away a lot of the fun you got from the playing the game as a child.

“When you’re a kid you have no thoughts in your mind, you can just enjoy with your friends, having a laugh,” Bale said. “When you come to the elite level there’s all sorts of pressures, there’s expectations, there’s people talking negatively all the time and yeah, it loses that childlike feeling. I guess it’s natural for pretty much most sports to be honest.”

Bale has been whistled regularly by Bernabeu fans during his team’s troubled 2018-19 season, and is involved in an impasse with his Madrid coach Zinedine Zidane, who has stopped picking him due to perceived attitude issues in his “day to day.”

His agent Jonathan Barnett told ESPN FC this week that Bale was planning on sticking to a contract which runs until 2022.