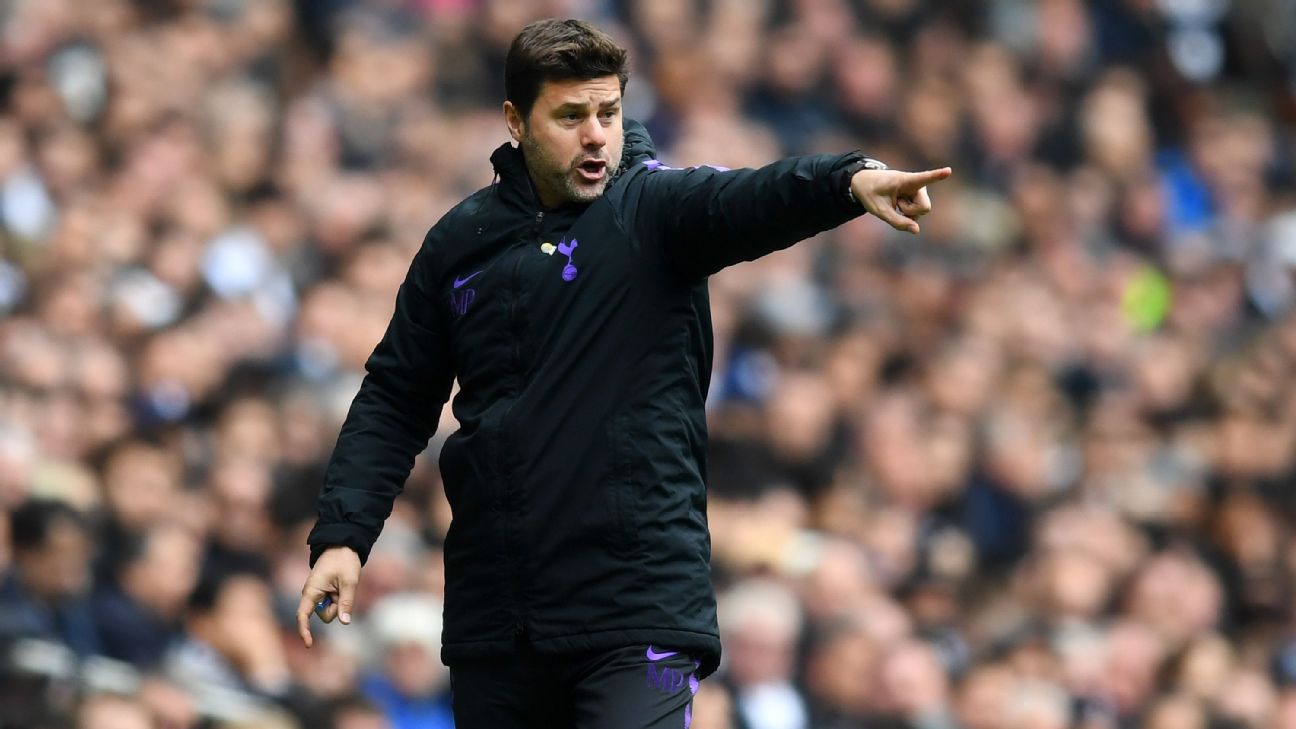 Tottenham manager Mauricio Pochettino has said he sees his future at Spurs but wants to know chairman Daniel Levy’s plans for the club’s future progress.

Pochettino, in charge since 2014, has guided the North Londoners to their first Champions League final and secured four consecutive top-four finishes.

He was linked with Real Madrid before the return of Zinedine Zidane and is reportedly interesting Juventus after Massimiliano Allegri announced his departure.

Asked on Spanish radio station Cadena Cope whether he could coach Madrid one day, Pochettino said: “I have no further aims than to coach Tottenham. I don’t allow myself to dream long term. Football puts you in the place you deserve.

“It doesn’t depend on the result of the [Champions League] final. It’s a five-year project where the aim is to put Tottenham at the highest level possible worldwide. We are playing the Champions League final one year after completing our stadium.

“The need is to know what comes next. It’s important to know what the chairman and the owners of the club are thinking with respect to the future. It’s crucial to know what our aim is.

“Our plan wasn’t to win the Champions League, even though it sounds harsh — our plan was to complete the new stadium.”

Looking ahead to the final, Pochettino said he believed Liverpool were favourites because of the money invested in Jurgen Klopp’s team.

“They signed a goalkeeper [Alisson] and a defender [Virgil van Dijk] for €70m [each],” he said. “Liverpool’s plan is to win the Premier League and the Champions League. Our plan was to have the best season in our history.

Pochettino said he was “optimistic” that England striker Harry Kane would recover in time for the final after having suffered an ankle injury in April.

“Kane is important if he is 100 percent,” he said. “He is progressing well and we hope he can help us, either playing from the start, coming off the bench or supporting us in the event that he doesn’t make it.

“What Tottenham has proved is that we have arrived at a final with Kane injured. We overcame Man City and then Ajax. The important thing is the group.”

Follow live: Morocco looks to secure their first-ever quarter-final appearence as they take on Spain in round-of-16 match
World Cup quarterfinals preview: What to know about each team, predictions, schedule and more
Tite: Dancing like ‘language’ to young Brazil stars
France back Mbappe in QF battle with Walker
England beat Senegal to set up clash with France